India Has Stared Down The Dragon, But Is That Enough To Make China Shudder?

If India wants to be a dominant force in South Asia, it will not happen by achieving gold medal in reacting to harassment. It will only happen if it’s known that it’s not wise to trouble us, writes Major Manik M Jolly (Retd). 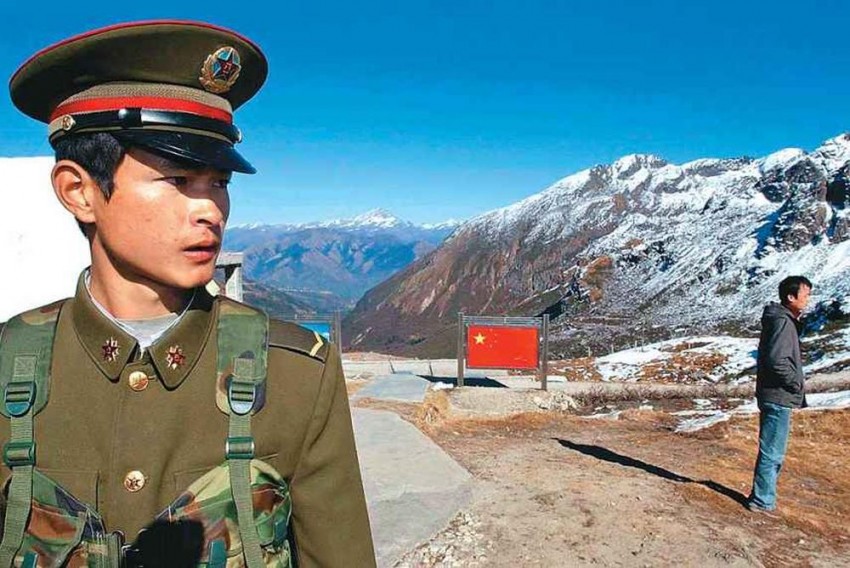 In an August 1946 interview with American correspondent, Anna Louise Strong, Chinese communist leader Mao Zedong famously said, “Reactionaries are paper Tigers.”  His remark came at a time when he had around 900,000 guerrillas against four million regular troops of Chiang Kai-shek, supported and funded by the US almost to the tune USD 4,500 million. His explanation and some of the most remarkable words ever spoken were, "The reason is simply this: the reactionaries represent reaction, we represent progress.”

Chinese ideology, planning, thinking, and actions have been largely dictated by Mao. No doubt, they have tried to break the mould, but the core DNA of aggression in thought and action, initiative, and dynastic approach to acquire more and more land and wealth has not gone.

China is a nation that aims to become a global leader by 2049. We do not have even calendars published that far. It has launched a massive plan to build its economy, defence, agriculture, technology, and Artificial Intelligence (AI) to match the US, economically and militarily, by 2038-40. South China Sea, which, without a doubt, will be the hottest place in future geopolitics will be its main playground. China has been raising the issue of creating new ADIZ (Air Defence Identification Zone) regularly and that ends up irritating the US and others equally. On December 31, 2015, People’s Liberation Army (PLA) started a reorganisation and restructuring plan with an aim to create a ‘Joint Force’ that will make them win wars in future. Violence is not off the table for China. It is just not the right time for them. Also, China’s expansionist plans have never been South of Himalayas.

Also Read: China's Incursions In Ladakh Part Of Its 'Scare The Neighbours' Game

David Axe quoted in his article in nationalinterest.org ,“A key lesson China took from the 1991 Desert Storm campaign was to strike hard and fast during war’s earliest stages, as initiative once lost would be all but impossible to regain against an opponent capable of 24-hour, all-weather guided-munitions bombardment. The Chinese also are planning on:

Attacking effectively first by amassing an arsenal of long-range precision missiles and advanced targeting systems that provide a high probability of penetrating U.S. battle network defenses in the opening stages of a conflict.

Developing “Assassin’s Mace” capabilities—what [the U.S. Defense Department] terms “black capabilities”—that are held in reserve until unveiled in the event of war, to surprise the adversary with attacks from unexpected vectors.

Becoming the world leader in artificial intelligence and then deploying that technology for military superiority.

In no analysis, India is a focus. We don’t blip on their radar. Chinese banks and missiles only want to deal in dollars!

The recent standoff at Leh between India and China ended in partial disengagement. It is a reason for Indians to feel proud because we are slowly breaking the image of a sniveling and dependent nation that kept running from pillar to post to tell the UNSC or the US or Russia seeking help in our affairs. The present disposition comes with a string backbone and ability to use force if required. We stared down the dragon, and everyone deserves a pat on the back, from bureaucrats to bravehearts standing on borders with a gun in hand and resolution in mind. But how well did we do? What if the Chinese troops come back to Galwan valley?

The Line of Actual Control (LAC) has not been clear for a very long time. We even fought a war and have gone through number of border transgressions. But there seems to be no stop to ‘push and shove’ tactics from China. So why don’t we wonder? Why don’t our analysts and policy makers focus on the blatant impunity the Chinese enjoy? How is it that we are stuck in the role of reactionaries and however good we might be getting at it; we still never take the initiative to sort the matters out? As per Mao, we are just reacting, and they are progressing.

During 90s, when China started these plans, India was a struggling economy, battling with terrorism and internal security, and unstable governments. China didn’t count us as a worthy adversary, especially having won the 1962 war. I’d consider this as a mistake in hindsight because now we are Moon trotting, Mars reaching, BrahMos enabled, Tejas powered and Agni V fueled fifth largest economy in the world. Tables have turned and so has our response to various situations. Case in point, Leh standoff.

China has made its stand clear in terms of its relationship with India. It made it clear with CPEC, border transgressions, Hafeez Saeed, UNSC, South China Sea, Tibet etc. There should be no doubt on where we stand. And it sends its troops gallivanting across the LAC to start these petty fights not because Chinese need those few kilometers, it’s because they just want to show ‘We Can’.

This brings me back to the same point as discussed earlier in this article: what can we do, except wait, for them to go back? China is very confident that the trekking trips of its soldiers are not big enough for India to escalate it into a battle. Well, then the same rule applies to them too. Even China isn’t going to start a war if we arrest its troops for trespassing without a visa. Next time they'll think twice before doing this. So why not? We cannot break out of this image of ‘nice non-violent Indians’ who can be trampled upon till the time we take initiative in our hands and start replying in the language they understand.

Post US elections, even US-China relations should improve. If Donald Trump wins, he wouldn’t want to continue with trade sanctions. World could do with a little peace and quiet, especially post-Covid. And shattered economies don’t do well with sanctions. Every nation will have to struggle to get back on track. If someone else wins, he would run to change everything Trump did. In any case, India should not be caught napping on the wrong side of geopolitics. The only missing piece in the complicated equation is Russia. We should leverage our traditional good relations and genuine camaraderie and continue to improve on them. And get those S400s!

India needs to build on its Navy, majorly. We have to match China in sea. That is where the wars for control will be fought in future. We cannot have millions of soldiers sitting in North India while global powers are reorganising the world in South China sea. And it is our initiative that might convince the US to turn QUAD into a Naval alliance. While it’s good progress that we signed a treaty with Australia last week, but for China to shudder, US has to be on board. And the US will not be on board till the time we are strong enough to be a reliable partner.

Also Read | It's No Ordinary India-China Standoff This Time. Tensions At LAC Won't Dissipate That Easily

If India wants to be the leader and dominant force in South Asia, for starters, it will not happen by achieving gold medal in reacting to harassment. It will only happen if it’s known that it’s not wise to trouble these guys. There is time for diplomacy and time for strong arm. If we are trying to achieve diplomatic wins with soldiers on borders, there is something wrong in our approach. No one should make us come to the border to tell them, “Can you please go back, so there can be peace?”. If you trained a diplomat for years, let him do his duty and ensure that this doesn’t happen. But if they have failed, then let soldiers do theirs.

Also Read:  After Revocation Of Article 370, Has China Become A 'Third Party' To Kashmir Dispute?