What Supreme Court Chooses To Hear, What It Doesn't And Why

Do the Muslims of India think that they are receiving justice from their nation and particularly from the Supreme Court? 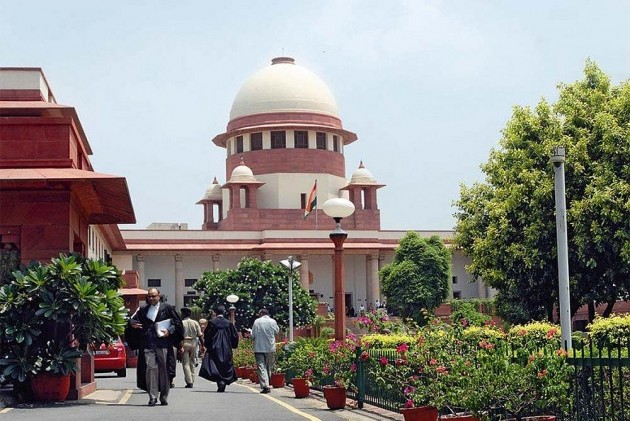 India’s Supreme Court suo moto (on its own) wants to hear the matter of an infant dying after being brought to the Shaheen Bagh protests. It is also separately hearing on Monday the matter of the protests obstructing traffic.

The SC has not heard the matter of Kashmiri leaders being locked up without charge or trial. The SC has not given Kashmiris the right to use internet though it made some pious noises about this in January. The SC has not stayed the CAA though the judges were told that there is a danger that this has created serious turmoil and unrest. The SC has not given justice to 1000 people in Assam’s concentration camps, who are jailed without crime, families separated with no way and no mechanism of getting out. The SC has not intervened when the Modi government announced this week that all non-Muslims in these camps would be freed. Only the Muslims would remain in jail.

The SC has not heard the matter of when the Muslims among the 19 lakh people not included in Assam’s National Register of Citizens (NRC) will get the chance to prove their citizenship. The SC has not heard the matter of the serious irregularities in the conduction of the Assam NRC. These include the BJP government’s extension of two-year contracts to those workers who declared maximum people illegal, and the SC hasn’t heard the cases of those people who were declared foreigners because of spelling mistakes and differing dates in their documents.

The Supreme Court has taken away the land on which the Babri Masjid stood and given it to those who broke down the 16th-century mosque. But it has not enforced the trials of those accused of breaking it. LK Advani’s case is still going on. He is in his 90s and the case is now almost three decades old.

The NRC and the NPR have been illegally linked together but the SC has not heard that matter or thought it important to list. I could go on with this list but I will stop here.

But at a time when the world is aghast at what India is doing to its own people, when millions of people are on the street to fight for survival, and that too in the face of a government that is ideological and openly prejudiced, it is dangerous for the SC to continue on its majoritarianism.

The reputation of India as a rule-of-law country, where minorities are protected, has been thoroughly shredded by Modi and this government. It is unthinkable that a majority of the members of European parliament would propose a resolution condemning an Indian law. But that is what foreign minister S Jaishankar will have to face when he goes to Brussels in a few days’ time.

It is unthinkable that the United States Congress would have 59 legislators supporting a resolution demanding that India release former J&K CMs Omar Abdullah and Mehbooba Mufti, and return internet access to the Kashmiris, but that is also what has happened.

But is there any justice that is coming out of all these benches? The answer to this question should come from the people that the state is busy brutalising today. Do the Muslims of India think that they are receiving justice from their nation and particularly from the Supreme Court? I cannot speak on their behalf but if I had to guess, my answer would be a very firm no.

(Aakar Patel is a columnist and a writer. Views expressed are personal.)