There should be enough funds, speedy implementation and seamless regulatory process to improve and build 5G technology in the country 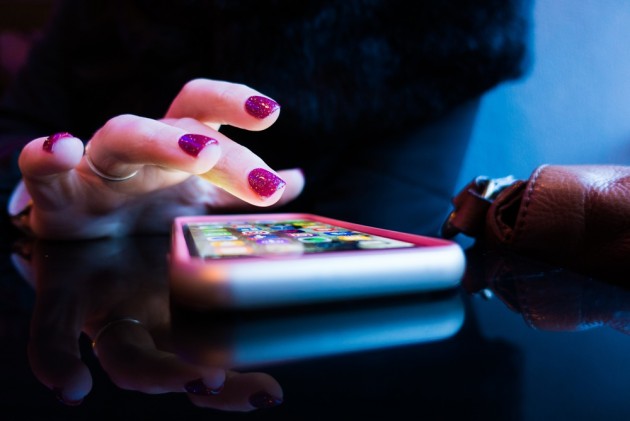 India has slowly but indeed started moving towards building an “Atmanirbhar Bharat” (self-reliant nation), following up a production-linked incentive scheme for making mobile phones and electronics earlier this year with similar programmes recently for 10 other critical sectors.

Simultaneously, it has banned 43 more Chinese phone apps this week, following up on a similar action previously to bring the total number to more than 200.  Though a military standoff at the borders is yet to find a conclusion, India has been scrutinising imports of Chinese equipment into the country,

Recently, the government has deliberately steered clear of the Regional Comprehensive Economic Partnership (RCEP), known as the world's largest trade partner. This act could be the result of an apprehension of a flood of imports in specific sectors like telecom, where it is already facing massive penetration in hardware and software products.

Consequently, Indian companies have struggled to compete, unable to match the cost advantage that Chinese companies offer due to their sheer scale as well as government subsidies. Given the border tensions and recent Covid-induced supply disruptions, it is not surprising that India is keen to ensure that critical sectors like telecom shift away from Chinese influence, and build up local capability.

A beginning in this direction has already begun. State-owned telecom operators like BSNL and MTNL, have been asked not to buy Chinese equipment, without overtly announcing a ban. The Indian government will likely bar private telecom companies from critical sourcing of equipment from China.

While the reasons for the government's misgivings are apparent, India will have to consider its actions in this regard carefully because shifting to other sources has significant cost implications. Building local technical capabilities is not an easy task as India faces challenges in not only the hardware sector but also has relatively weak network construction capabilities compared to China.

The Indian government has, in the past, tried to take similar steps to counter Chinese presence by clamping down on imports of solar modules. Still, the policy has not helped in building strong local capability. In 2013, the government decided to cancel telecom tenders that could be profitable for Chinese firms and lost market share in the process.

Boycotting Chinese firms would attract pain, but preparing for such an eventuality and building up a robust infrastructure could ensure minimal damage. Although the government has emphasized the need to be “Vocal for Local”, it needs to re-evaluate its policies and financial decisions to ensure that it happens.

If this is not carefully orchestrated, trying to build telecom competencies by creating a protective bubble around domestic players may lead to complacency and hamper overall technology development. India finds itself between a rock and a hard place on specific aspects such as the upcoming 5G technology as there are few alternate options to China currently.

The government will need to carefully and consistently encourage building local capabilities in this direction as delaying technological development would also entail costs at a time businesses are transiting to a digital environment at lightning speed post the pandemic.

Many miles to go for 5G ambition

India will need to ensure there is significant deployment of funds, speedy implementation, and seamless regulatory process et al. so that all the factors are in place to encourage private companies to improve and build 5G technology in the country.

While leaders in the telecom industry in India say they have developed indigenous 5G solutions and struck partnerships to make their offerings China-proof, it would be simplistic to assume that alone would be enough. Tangible incentives will be vital to attracting start-ups and viable foreign investments so that a genuinely self-reliant ecosystem is built around 5G.

There is no gainsaying that India needs to move away from Chinese influence, but at the same time, it has to look at building global supply chains which are reliable and more importantly, secure. Attracting international players to invest in the Indian telecom business will require active encouragement from the government.

The need for India to break from its dependence on China is evident, not just because of the long-term benefits, but because the immediate benefits of boosting Indian businesses and ensuring security within the industry are necessary.

The Indian market is dominated by Chinese firms – whether it is supplying equipment for network operators or the smartphone market. Changing this position would require serious efforts from the government as well as the private sector. It may be a more painful transition for India to opt out of China, given that Huawei dominates the 5G technology. But in the longer haul, it would be worthwhile for the country to build its capability in conjunction with other nations.

India and Japan have recently finalized an ambitious agreement for cooperation in 5G technology.  Reliance has already such an agreement with US-based Qualcomm. At the same time, European companies such as Sweden's Ericsson or Finland's Nokia would be more appropriate partners in the interest of national security.

Recently, Canadian telecom companies BCE, the parent company of Bell, as well as Telus Corp said they would use equipment from Nokia and Ericsson for 5G and move entirely away from Huawei. India can go down the same path, significantly as the onset of Covid has already delayed the rollout of 5G by at least a year.

The government can rely on open architecture technologies that help to put bits and pieces of the 5G technology from different vendors instead of relying on Huawei's patented technology.

The telecom sector is especially vulnerable to security and privacy risks from China, so much so that the United States has banned Huawei from operating in American territory. The United Kingdom is also going down a similar path. There are real apprehensions that putting our network at the mercy of a Chinese telecom company entails substantial security risks as technology such as the Internet of Things could turn things like cars into weapons.

With border incidents between India and China on the rise, it is necessary to take similar measures to protect India's security. The good news is that there is a lot of interest from both Indian players as well as global investors to ramp up the telecom industry. Indian consumers, as well as traders, are also eager to move away from Chinese products because everybody realizes national security concerns.
What remains is how quickly and how efficiently the Indian government intends to build capabilities to encourage homegrown businesses in the sector that is independent of China. It certainly is a long road ahead – but one if planned carefully, can result in the telecom industry becoming profitable and more importantly, secure.

(The author is a Partner, The Law Point (TLP) and Former Chairperson, National Commission for Women).