Indian Matchmaking Is Game Of Compromise Where Patriarchy Holds Sway

In India, marriage does not bind two individuals; it is an affair between two families often with the same social class and caste factors. Hence, finding a life partner is like an ordering from a menu intersected across social stereotypes. 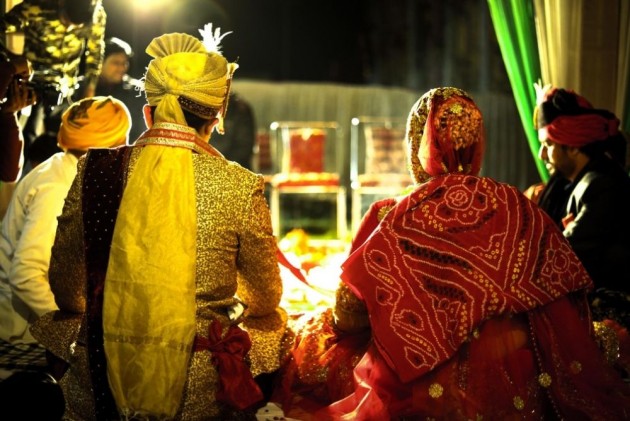 Smriti Mundhra’s latest documentary Indian Matchmaking is a sequel to the A Suitable Girl (2017). It revolves around Sima Taparia of Suitable Rishta, a Marriage Consultancy in Mumbai. Though, the Netflix show is panned as regressive by the global media, one can notice that it holds a mirror to the complexities of Indian marriages. The show is a representation of how things work or fail in matchmaking. It is fixed across primordial identities which are intersected by the factors of caste, skin color, height, age, and family's socio-economic backgrounds. Hence, one can notice the people’s desperations to either climb up or just to retain their social positions through the marriages. What is surprising is the fact that these identities are taking a newer avatar even among the current generation alongside their ease in flirting with the dating apps.

In India, marriage is not between two individuals. It is between two families often with the same social class and caste factors. Hence, finding a life partner is like an ordering from a menu intersected across social stereotypes. It includes pedigree, gotra and nakshatra. As mentioned, the checklist ranges from being flexible; education; good looking; physique (appropriate height; slim and beautiful); age; and also, from a good family. Alongside, the horoscope-matching becomes crucial where there are unpredictable factors which underscore the racist display of caste and status without impunity. Consequently, marriage becomes a big fat industry where one often involves matchmakers.

Matchmaker is a professional who needs to understand the clients’ preferences and choices. They collect a huge database and study them carefully to align the potential alliances for the wedding. Their work not only involves the intersections of other professionals like the Face Readers and Life-coaches but also expected to run the background checks to “insure the clients’ destinies.” While the clients navigate the matchmaking through diverse matrimonial sites, they do believe in destinies. This belief often takes them to pandits where the vibes are mediated through mantras. The concerted cultivation out of these efforts are based on the hope that marriages are “made in heaven”. Despite this, people often go for professional support. Thus, the persistent "setting" by the matchmaker between the potential couple underscores the complexities of marriage. Though the intricacies of matchmaking may be annoying for the outsiders when the professional says that "the matching horoscope is like insurance for successful marriage"; if you are an insider you will be stumbled with subtler complexities where it becomes difficult to deconstruct the cultural nuances.

This underscores the fact that the transition from singlehood to the wedlock involves diverse players as “family is a little world created by love”. The authority of parents, for instance, cannot be denied in the entire planning. For the majority of them, marriage is a mission to comp(l)ete. In addition, everyone in the family will have an aspiration for a member's wedding. This makes it a well-planned “public” affair. Though, there are situations where youngsters exercise their agency, we do realise how the primordial factors are subtly playing even in the transnational spheres.

Marriages, from the emancipated (wo)men’s point of view could be a modern form of slavery due to the preordained futures. There are patriarchal factors which ensure that the women shall move into their husband’s houses. While the women are often judged mainly by their looks and meekness; men in contrast are deemed worthy by their bank balance. This ‘innocuous’ division of labour underscores the complexities that marriage is a transaction where human agency has to lose their very self in the bargain. Thus, marriage becomes a “game of compromise” where the intersections of patriarchy and gerontocracy often hold the mantle. Unfortunately, what one notices is the fact that often women legitimize patriarchy in their preferences for the groom in terms of the one who earns more than them or at least equal. No one clearly prefers inequality at least in their personal life. Consequently, these power relations are handed down to generations.