There were many misses but India won a record seven medals at Tokyo 2020. Neeraj Chopra's gold sent the country delirious with joy and pride 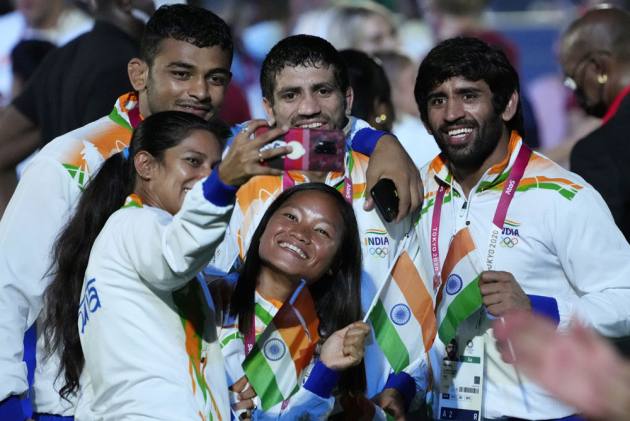 First thing first. India registered their best-ever haul of medals as Tokyo 2020 came to a close on August 9, 2021. A new high is always more intoxicating than the previous one. Sporting highs are as potent as any other drug for a society. Put the metaphorical opiate beside, sports today is the civil religion which has one flag, one anthem and one goal - that of a country. Every drop of sweat that falls from an athlete's body tells the story of his or her country's aspiration – to become the best in the world. Not many nationalistic rituals come close to it. And Indian athletes once again gave their all for the country.

A contingent of 124 athletes in 18 sports and seven medals – that's the sum of India's 'best' effort in the history of the Games. India's previous Olympic high was six medals in London 2012, where it won two silver and four bronze. In Tokyo, India could have won more and were, in fact, billed to touch double figures in the final medal standings. There were many firsts and of course, near misses too which made the sporting extravaganza even more enduring. Archers, boxers and shooters could have done much better.

As for now, the country of a billion people with its love for all things that shine will have to contend with Neeraj Chopra's epoch-making javelin gold, a couple of silver medals and four bronze. Considering India's not-so-proud Olympics history, this new high should be read with optimism. Indian sports is finally traversing through hitherto uncharted territories.

IN PICS - Life And Times Of Neeraj Chopra

India competed in 18 sports and won medals in six of those. That’s minuscule in comparison to what the heavyweights like the USA and China have fetched, 113 in 29 and 88 in 21 sports respectively, at Tokyo 2020. But the fact is India’s sporting culture is still in its nascent stage. The big leap is yet to come. Many see it see coming, sooner rather than later. The optimism is there to see. The celebrations with each medal won in Tokyo were accompanied with anticipation, wanting for more.

India couldn’t have asked for a better start at the Games with a self-assuring Saikhom Mirabai Chanu lifting a grand total of 202 kg – 87 in the snatch and 115 in clean & jerk – to finish second behind China’s Hou Zhihui in the women's 49 kg weightlifting event. The diminutive Manipuri, who stands 4'11", became only the second Indian weightlifter to win an Olympic medal and the first since Karnam Malleswari’s bronze in Sydney 2000. Also, India had never won a medal on the first day of the official competition. Mirabai’s silver gave India a dream start. Then, the moment of truth arrived.

What followed was heartbreak as the Indians succumbed to the Olympic pressure. A very strong 15-member shooting team, featuring some of the world’s hottest talents, was the biggest disappointment for India at Tokyo Olympics. Except for Saurabh Chaudhary, none of the shooters managed to reach the medal rounds. The prodigious ones are now aiming at Paris 2024. Hope, as they say. For two successive Olympics, India's shooters, the privileged lot, have fired blanks.

The archers also returned empty-handed. Women’s world number Deepika Kumari, her husband Atanu Das, Pravin Jadhav and veteran Tarundeep Rai struggled and at times, they looked out of their depths despite their recent incredible performances. The disappointment continued in boxing, table tennis, tennis, etc. Hype and reputation can be smashed into smithereens at Olympics. Deepika, a veteran of three Olympics, will testify to this.

India was hoping for multiple medals from the boxing ring too. The nine-member team featured the likes of MC Mary Kom, Amit Panghal, Vikas Yadav. But it was unheralded Lovlina Borgohain who salvaged India pride in the ring with a bronze medal-winning performance in the women's welterweight. In wrestling, debutants Ravi Kumar Dahiya (men's freestyle −57kg) and Bajrang Punia (men's freestyle −65kg) claimed silver and bronze, respectively, even as none of the four women grapplers, including medal favourite Vinesh Phogat (−53kg), reached the medal rounds.

PV Sindhu, the Rio silver medallist, became the first-ever female athlete from India to win back-to-back Olympic medals. After losing the women’s singles semi-final rather tamely to her nemesis Tai Tzu-Ying of Chinese Taipei, the reigning world champion produced a badminton master class to beat China’s He Bingjiao for the bronze medal.

But India’s most heartening performance came from both the hockey teams. The men’s team ended the medal drought with a thrilling 5-4 win over Germany in the bronze medal playoff. India last won a hockey medal at Olympics in 1980 Moscow Games. The women’s team, which was making a second successive Olympic appearance, defied odds to reach maiden semis. But the fascinating journey was ended in heartbreak after suffering a 3-4 defeat to Great Britain in the bronze medal play-off. Their performances, however, forced India to fall in love with its national game once again.

Then came the golden moment. Chopra helped India end the Tokyo 2020 campaign on a high by winning the gold medal in men’s javelin throw. In the process, the 23-year-old also ended India’s 100-year wait for an athletics medal at the Games. After a sensational first throw of 86.65m in the qualification, Chopra produced a best throw of 87.58m with his second attempt in the final. And it was enough. Chopra now joined shooting legend Abhinav Bindra as the only individual gold medalist for India.

Started a year late, Tokyo Olympics will be remembered as one of the most challenging Games ever hosted. And the Indian athletes, like their rivals from other countries, faced the grim reality of living in a COVID world. Preparations and travels were not easy, so thus the lodging at the Village. Yet they made everyone proud with their desire to compete against the best. The empty stadiums were not the only witnesses in their pursuit of excellence.

Winners, as usual, were few. Record books and reports may so coldly ignore those who fail to win a medal. But the Olympics is not all about medallists. Making the cut to represent a country in the Olympics in itself is a massive feat. And it gives Olympians the legitimacy. Come Paris 2024, and India will have another chance to improve their sporting standing on the world stage, hopefully with more qualifications and more medals. The bigger the squad, the better the chances of winning more. Then, there is also the spirit of participation.