The misuse of the Intelligence Bureau to intimidate independent judges like Justice Muralidhar is worrying and an attack on the independence of the judiciary. 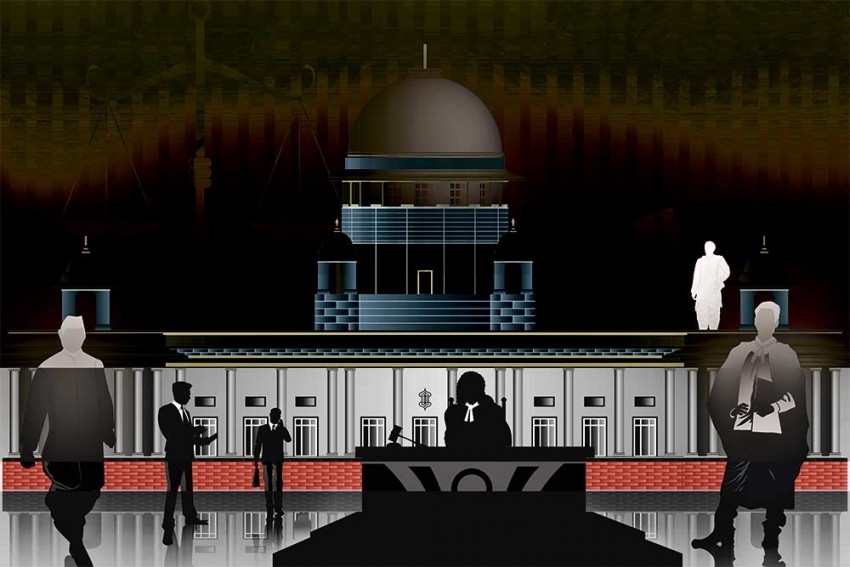 “If we have in the seats of justice persons with pliable conscience and subservient to the wishes of the political wing of the State, the first casualty would necessarily be the supremacy of the Constitution, for it would then be open to any branch of the State to ride roughshod through the provisions of the Constitution, sure in the knowledge that there would be none to prevent it. We shall thus pave the way to what may be described as constitutional anarchy and legal chaos.” Justice H.R. Khanna.

Did the government use an Intelligence Bureau (IB) report as a basis to transfer Justice Muralidhar? Is the government using intelligence agencies to discredit judges or for dirty tricks against the judiciary? The answer is a clear yes. The parliament debates dated March 12, 2020, prove this.

A question was asked in the parliament about the ‘hasty’ transfer of Justice Muralidhar from the Delhi High Court to the Punjab and Haryana High Court on the night of February 26, just hours after he questioned the failure of the Delhi Police in containing the communal violence in Northeast Delhi. A senior ruling party leader replied in the Lok Sabha, “I want to say that the IB (Intelligence Bureau) reports about some people should be made public. Everyone will understand who was transferred and for what reason.”

Intelligence Bureau is our internal intelligence agency and works directly under the Ministry of Home Affairs (MHA). The boss of MHA is, of course, the Home Minister. The IB Director, an IPS officer, is appointed by the Appointments Committee of the Cabinet, headed by Prime Minister. The IB reports are given extreme importance by the Supreme Court and High Court Collegium in the appointment and transfer of judges. At the state level, the IB is headed by a joint director or additional director and at the national level, it is the Director.

Recently, the Intelligence Bureau sent a bizarre report to the Supreme Court Collegium, stating that a lawyer under consideration is a gay and lives with his partner, who is a foreign national and could pose a ‘security risk’.

Does being a gay or a lesbian, according to the IB, disqualify a capable lawyer from being appointed as a judge? Or just because you are married or are in a relationship with a foreign national, can you be denied a judicial appointment? Does having a foreign national partner pose a credible national security risk?

Former Attorney General, Soli Sorabjee, has also questioned the integrity of IB reports. He once said that whatever the IB says, "one must take it with a big pinch of salt". The IB once wrote in its report that "a candidate for the judgeship is a heavy drinker" and "he drinks so much that he is known as boozer".

Later, when Sorabjee cross-checked, he found that this lawyer had never touched alcohol in his life but "boozer" was the nickname given to him by his friends simply in jest.

Former IB joint director, the late MK Dhar, who served the agency for three decades, in his book “Open Secrets: India's Intelligence Unveiled”, elucidates how the IB is used as the 'Dirty Tricks' department by the government in power. The book that opened up a can of worms is a must-read to understand the unethical and corrupt practices of the IB as an organisation.

On January 11, 2009, a letter was sent by Justice T.S. Thakur to then Chief Justice of India K.G. Balakrishnan stating that Sumedh Saini, the then Director of Vigilance Bureau of Punjab Police, had fabricated evidence against nine judges of High Court in 2008 by illegally tapping into their phones. Justice Thakur’s nine-page letter questioned Saini's motives for tapping the phones of high court judges. Incidentally, Justice Mehtab Singh Gill, one of the judges whose phone was tapped, had directed a CBI investigation against Saini in a case of custodial killing.

In May 2001, Adarsh Kumar Goel was appointed as a judge of the Punjab and Haryana High Court. In the recommendation file of Adarsh Kumar Goel, the IB report in the "Reputation/Integrity" column wrote - "Corrupt Person". President K R Narayanan made observations about Goel on the basis of the adverse IB report and returned the file to the law ministry.

Arun Jaitley, the then law minister, on the other hand, defended the recommendation and dismissed the IB finding on Goel's integrity as a ‘slur’. The IB report against him was falsely motivated by some compromised officer of the agency. Whereas, till date, even the detractors of Justice Goel in his home bar call him an honest man.

In November 2016, the apex court collegium comprising of erstwhile CJI Dipak Misra, Justice J Chelameswar and Justice Ranjan Gogoi, while rejecting an IB report and recommending the names of three of the four advocates for the appointment as judges of the Jharkhand High Court said, "As regards comments of Intelligence Bureau about professional competence...we are of the view that professional competence can best be determined by the members of the higher judiciary who have the opportunity to observe his performance on a daily basis.”

The Collegium further questioning the integrity of the IB report added, "In our view, it would not be appropriate to take cognisance of any unsubstantiated information based on discreet inquiries made by the Intelligence Bureau.”

The IB suffers from the lack of legitimacy in the eyes of the law and has no accountability whatsoever. India, the largest democracy, in the world is among the few countries where intelligence agencies are not accountable at all, to no one, not even to the legislature. In the United States or the United Kingdom, the intelligence agencies are accountable to the legislature. The CIA and Britain’s MI5 and MI6 have to face parliamentary scrutiny. This ensures due process and a proper system of oversight.

The seeming misuse of IB by the government of the day to intimidate independent judges like Justice Muralidhar is worrying and an attack on the independence of the judiciary. The elders of our grand institution must develop a mechanism in the interest of the independence of the judiciary. Otherwise, governments will continue to use IB to transfer honest and fearless judges that pose a threat to political-personal agendas.

It is in the larger interest of a free democratic society that the judiciary must come together to fight for its independence and find a mechanism that steers clear of bogus agency reports. Innovation, renewal and renovation of the judiciary is the need of the hour. Justice H.R. Khanna once wrote, “The independence of the judiciary is the most vital and indispensable condition for keeping alive and meaningful the rights enshrined in the Constitution. Unless you have independent courts, you might as well erase and repeal that part of the Constitution providing for fundamental rights.” An important reminder for the challenging times that the highest court of law faces today.

(The author is a human rights lawyer based in Delhi. Views expressed are personal. He tweets on @utsavbains)