Intelligence Should Not Be Used For Publicity

The publicity of 'Musharraf Tapes' in 1999, which were 'unprocessed' intelligence and would reveal the source, was touted as a diplomatic triumph. But what followed was that the source had dried up immediately. 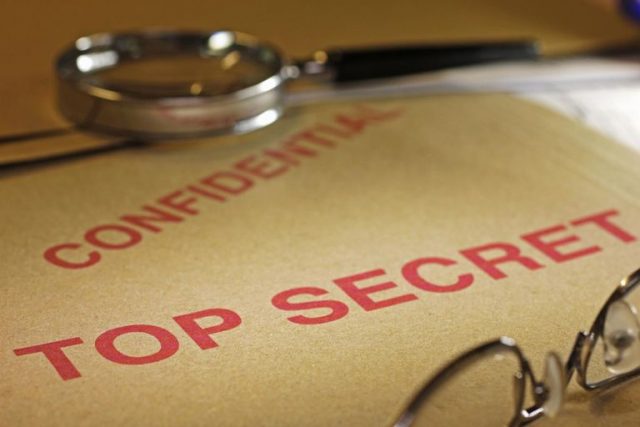 New Delhi considered this as a diplomatic “triumph” as we could publicly nail Pakistan as the aggressor. It showed how Pervez Musharraf, who was handpicked by Prime Minister Nawaz Sharif as Army Chief, had betrayed him when he was responding to Prime Minister Atal Bihari Vajpayee’s peace initiative. Our foreign office claimed that they could rupture Nawaz Sharif –Army relationship through these tapes.

Unfortunately our “triumph” was transient. Musharraf ousted Nawaz Sharif in October 1999. In December 1999, Jaswant Singh had to do a humiliating surrender at Kandahar to Musharraf‘s ISI by freeing hardcore terrorists.

However the most objectionable part of this “triumph” was releasing phone transcripts, which are “unprocessed” intelligence which would reveal the source, whether human or technical. I had then published a column criticizing our government for exposing the source, which I was told, had dried up immediately.

A case study of the famous 1917 “Zimmermann Telegram” would reveal what all precautions were taken by British intelligence before releasing the contents even to official sources. Till 1917, US President Woodrow Wilson had refused to join the First World War which started in July 1914 between Allies (Britain, France etc) and Central Powers (Germany, Austria-Hungary etc). The war was taking heavy toll, with the Germans using their U boats to sink Allied merchant ships.

Wilson would not budge, knowing the US public sentiments, even after some US merchant ships were sunk. Also, German foreign minister Arthur Zimmermann had a friendly lobby among leading Americans. This drove Britain into a panic as Germany was building 200 U-boats which would have cut off British supply lines to force it to submission within 6 months. Germany also announced “Unrestricted submarine warfare” from February 1.

Zimmermann was simultaneously planning a rear guard action if America joined the War. He wrote a secret letter in January 1917 to Heinrich von Eckardt, German minister in Mexico to persuade the Mexicans to partner with Germany and attack America in case Wilson joined the Allies. In that way Mexico would regain “the lost territory in Texas, New Mexico and Arizona”.

However, the German “Achilles Heel” was its transmission. They were using the neutral American diplomatic links to send their normal messages to N. America since Britain had cut off the German transatlantic cable link. Hence this encoded telegram was handed over to the US ambassador in Germany who sent it to his Headquarters in Washington DC for handing it over to the German Embassy. Eckardt received it on January 19.

Unknown to Americans, British intelligence was tapping their transatlantic cables and getting it deciphered by “Room 40”. This Zimmermann telegram was also intercepted and decoded on January 17. Their established protocol had required it to be sent immediately to their Foreign Office (FO), which would have conveyed a sanitized version to USA.

However Admiral William "Blinker” Hall, chief of Room 40 decided to wait as it would have alerted the Germans that their codes were broken. Also, America would have objected had they known that their cables were being intercepted by Britain. Additionally, he wanted to use this channel indefinitely to extract more intelligence.

Hall’s caution was justified. President Wilson decided to continue neutral policy and work as “Peace Maker” even when Germany started “Unrestricted Warfare” from February 1.  A decision to convey it to Americans was then made. Elaborate precautions were taken to guard the source of extraction.

For this, the British intelligence tapped an agent known as Mr. H in Mexico who obtained a copy received by Eckard. This version was given to British Foreign Minister who summoned American Ambassador on February 23. On March 1, 1917, all American newspapers published the full text. Simultaneously British intelligence planted stories in home media crediting America for the scoop and attacking British intelligence services for their inability in intercepting this cable.

America joined the War on 6 April 1917. This telegram was the biggest turning point in World War I.

( The writer is a former Special Secretary, Cabinet Secretariat. Views expressed are personal.)