Assam and Uttar Pradesh have joined the long list of dismal states that advocate a stringent two-child norm in population policy. 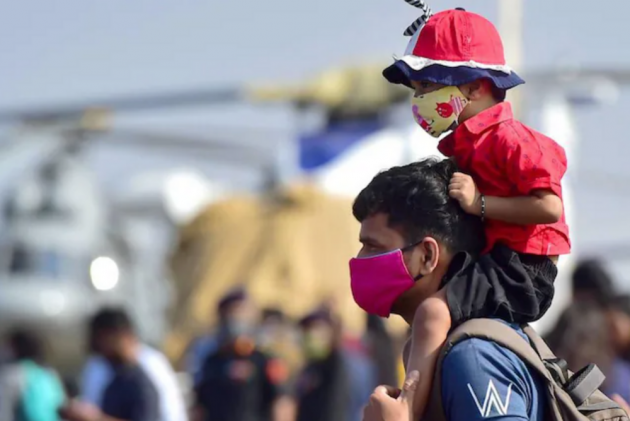 That Assam and Uttar Pradesh have joined the long list of dismal states that advocate a stringent two-child norm in population policy is only reflective of how unthinking and thoughtless our policy planners are. Not only are these thoughtless and demographically unnecessary, they are also insentient to the needs of the poor and marginalized.

On the 30th of July 2003, a three-judge Bench of the Supreme Court of India upheld a Haryana Government law prohibiting a person from contesting or holding the post of a sarpanch or panch in the PRIs of the state if he or she had more than two children. The Bench observed that “disqualification on the right to contest an election for having more than two living children does not contravene any fundamental right, nor does it cross the limits of reasonability. Rather, it is a disqualification conceptually devised in the national interest” (Venkatesan:2003, emphasis added).

Assam and UP are the latest to join Haryana, Andhra Pradesh, Telengana, Madhya Pradesh, Rajasthan, Chattisgarh and Orissa with these policy prescriptions which are not only at variance with the National Population Policy 2000, but also strike at the heart of the commitments to reproductive health and rights made by the Government at the ICPD at Cairo in 1994.  All of these states, in enunciating their population policies, also advocate a mind-boggling host of incentives and disincentives: restricting schooling in government schools to two children; restricting employment in public services to those with two children; linking financial assistance to PRIs for development activities and anti-poverty programmes with performance in family planning; linking assessment of public health staff to performance in family planning and so forth. Indeed, service rules for government employees have been altered in several states making a two-child norm mandatory.

Perhaps not coincidentally, many of these policy prescriptions were also contained in an influential 1993 World Bank document. This recommends, ICPD notwithstanding, that "targets based on micro-level planning be…continued","an innovative package of incentives/disincentives...be linked to various benefits being made available under different plans of the government","a suitable plan of disincentives…for government employees…and the organized sector” (World Bank 1993: 50-51).  Given the reach and influence of the World Bank in India’s policies, it is not surprising that state governments drafting their state population policies carried these policy prescriptions.

In view of these developments, health and women’s groups approached the NHRC in 2002  with a memorandum that the two-child norm was discriminatory, anti-democratic and violative of commitments made by the Government of India in several international covenants. The NHRC, then headed by Justice J.S. Verma, issued orders to the concerned State Governments, and, at a National Colloquium on the 9th and 10th of January 2003, attended by representatives of these State governments, a Declaration was issued.

This NHRC Declaration, “notes with concern that population policies framed by some State Governments reflect in certain respects a coercive approach through the use of incentives and disincentives, which in some cases are violative of human rights.  This is not consistent with the spirit of the National Population Policy. The violation of human rights effects, in particular the marginalized and vulnerable sections of society, including women” (NHRC 2003:1). The Declaration also noted: “ further that the propagation of a two-child norm and coercion or manipulation of individual fertility decisions through the use of incentives and disincentives violate the principle of voluntary informed choice and the human rights of the people, particularly the rights of the child” (Ibid).

The problem with these punitive approaches is both fundamental and pragmatic. Fundamentally, it represents a profound misunderstanding of the relationship between population and development. States that have successfully achieved demographic transition have done so by investing in social welfare programmes, not by manipulating fertility. In other words, the population is the dependent variable, not the other way around.  Pragmatically, they are demographically unnecessary, and indeed counterproductive, as I explain below. I would also argue that they are morally compromised since they violate the principle of natural justice, creating two sets of citizenship rights on the basis of fertility. Indeed, such policies represent going back to the days before universal suffrage when property rights decided citizenship claims.

What proponents of the two-child norm or disincentives ignore is that there is a substantial demographic transition underway in the country. Replacement level, or close to replacement level fertility, has been reached in Kerala, Tamil Nadu, Karnataka, Goa, Andhra Pradesh, Telengana, Himachal Pradesh, Delhi and Punjab. It is true that the TFR is high in U.P., Bihar, Madhya Pradesh and Rajasthan, but even in these states, the TFR has declined from 3.8 to 2.74 in UP, from 4 to 3.14 in Bihar, from 3.1. To 2.32 in M.P.,  from 3.2 to 2.4 in Rajasthan and from 2.4 to 2.2 in Assam between NFHS 3(2006) and NFHS 4 (2016).

In other words, a substantial and sustained fertility decline is underway in the country. Hastening this, however, requires investments in the social sectors – food, health, education, employment, old age pensions and security and so on – precisely measures that are being undermined by neo-liberal economic policies. Indeed, once the demographic transition commences and birth rates begin a secular decline, it is near impossible to reverse it, as China and Russia have discovered: incentives to increase the birth rate do not work.

If unwanted births could be reduced in India, the TFR would drop to the replacement level of fertility. It is estimated that the unmet need for family planning services contributes 24.4 per cent to current population growth. Indeed, this is acknowledged in the NPP, which therefore marks as its priority, meeting the unmet need for health and family planning services. There is also the related issue of the high wanted fertility due to high levels of IMR. To propose punitive measures, in this context, is thus clearly absurd.

A study carried out in five states ( A.P., Haryana, Orissa, Rajasthan and M.P.) indicated that the fall out of the imposition of the two-child norm on PRIs had been exactly as anticipated. The largest number of cases of disqualification from contesting elections was with reference to this law. Women formed 41 per cent of those disqualified; the Dalits, Adivasis and the OBCs formed an overwhelming 80 per cent of those disqualified. The study also found no evidence to support the contention that the law induced the adoption of the small family norm, nor indeed that members of the PRIs were seen as role models. What it did find was evidence desertion of wives, denial of paternity, neglect of female infants, non-registration of births, non-immunisation of daughters to avoid registration. Equally significantly, there was evidence of forced abortions and pre-birth elimination of females, or sex-selective abortions (Buch 2005). Another study in five districts of Madhya Pradesh confirms these findings (Sama 2005).

That the intent of these policies is to further demonise Muslims is beyond doubt, weaponizing demography, accusing the community of waging demographic war to take over India. The Assam Chief Minister Himanta Biswa Sarma let the cat out of the bag when he declared that the two-child policy is the only way to eradicate poverty and illiteracy in the Muslim community. Perhaps he should try policies of social justice instead?

The “Muslim rate of population growth” is also a red herring. Hindus in UP and Bihar have higher birth rates than Muslims in Kerala or Tamil Nadu. Bangladesh has reached below replacement level fertility. The TFR in Kashmir was 1.4 in 2016. More significantly the TFR among Hindus was 3.1 in the 2001 Census, declining to 2.1 in the 2011 Census. The corresponding figures for Muslims were 4.1 and 2.7. The absolute decline was 1 among Hindus and 1.4 among Muslims. That is to say, while Muslim TFR is marginally higher, it has reached replacement levels in large parts of the country, with the rate of decline being faster among Muslims than among Hindus.

But where issues of the population are concerned, long years of being exposed to neo-Malthusian ideology has robbed people of the ability not just to look at facts rationally, but also compassion for the poor and deprived. Iron seems to have entered the souls of most middle-class people, including our politicians and policymakers. This too congeals now with Hindutva which has a long history of saffronising demography.

(Mohan Rao was formerly a professor at the Centre of Social Medicine and Community Health, Jawaharlal Nehru University, New Delhi. He has written extensively on health and population policy. The views expressed in this article are personal and may not necessarily reflect the views of  Outlook Magazine)