Is Coronavirus Planet Earth's Way Of Controlling Its Own Destiny?

The Gaia Hypothesis states that planet Earth is not, as most of us presume, an inanimate interstellar body inhabited by animate life forms, but a live organism that regulates and controls its own destiny by corrective measures. 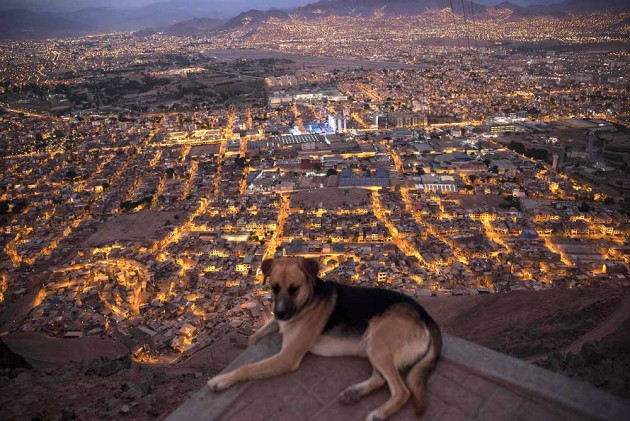 Some of my Christian and Muslim friends say that doomsday is close at hand. Some Hindu brethren say that this Kalyug (in Hindu mythology, it is the last of the four stages the world goes through), our Karmas are leading us inexorably towards universal annihilation. I don’t know how right they are, but I am certainly disturbed by the increasing incidents of natural disasters that are occurring around us. If things continue the way they are going, we are certainly heading towards a universal disaster.

We see news about floods, droughts, earthquakes, freak tornadoes and hurricanes from across the globe. There is climate change and global warming. Snowcaps and glaciers are melting, and sea levels are rising. Europe has had an unusually hot summer. There were wildfires in Australia that laid waste thousands of hectares of land and roasted the wildlife to near extinction. A friend of mine from LA was in panic the other day and called me to say that wildfires were coming up the valley overlooking her house and might engulf it within minutes. Luckily, they stopped a hundred yards away from her place but other houses in her vicinity were gutted.

Amid these natural disasters, there is now a global pandemic – the Coronavirus – that has adversely affected the world economy and is killing thousands of people all over the world.

I have thought about this long and hard and, having done some research, have come to the conclusion that the cause of all these disasters might be explained by the Malthusian Law of Population and the Gaia Hypothesis. I think they might also explain the rising tide of violence and needless bloodshed that we see all around us.

Recently, I was witness to some shocking riots in the national capital. Apart from the political reasons, I think much of the violence is explained by Shashi Tharoor in his book “The India Shastra”. He says: “much of terrorism and extremist violence in our country is carried out by embittered, under-educated and unemployed young men”. There is overcrowding everywhere. People live cheek and jowl in Delhi and Mumbai and other big cities in our country. The cities are polluted, and the population is exploding.

The contention of Malthus (1766-1834) is that when populations grow faster than it is in the power of the Earth to sustain them, the effects of these two unequal powers (population and food supply) are kept equal by “positive checks” through famine, disease, poverty, natural disasters and war. Lemmings, this small quadruped multiplies at a spectacular rate till its environment is unable to sustain its numbers. And then, we are told, lemmings commit suicide en masse by jumping off cliffs as nonchalantly as they would go out foraging for food. Is mankind in a suicidal mood?

The Gaia Hypothesis states that planet Earth is not, as most of us presume, an inanimate interstellar body inhabited by animate life forms, but a live organism that regulates and controls its own destiny by corrective measures. Any injustice done to Mother Earth, therefore, is punished by it as irrevocably as crime is punished in the court of law.

The natural disasters and calamities that are befalling our planet are, therefore, not accidental. They are the measures that Mother Earth takes in order to correct the anomalies in its existence. We are, it seems to me sometimes, on the verge of an apocalypse. Unless we come to our senses…

(The writer is a veteran Indian film and television actor. Views expressed are personal.)