Girls are staying in school for longer. However, even as these numbers are rising, it is important to note that this is not translating into them eventually entering the workforce. 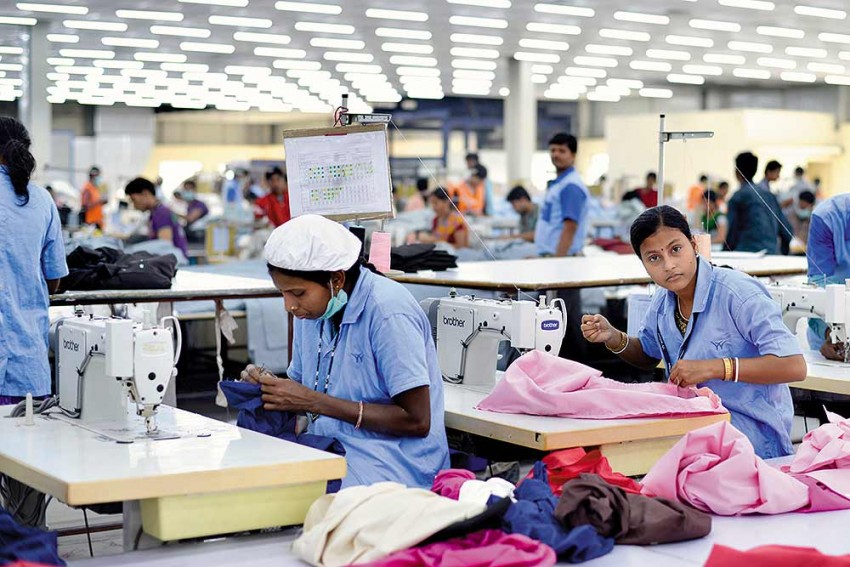 “If I had studied more, maybe I would have had more options.” Her voice trails off as she stares into the distance. “But you—you will do everything I didn’t,” she declares resolutely, looking at her daughter. A good education leads to a good job, which guarantees a good life; she has it all figured out. She smiles, satisfied with the plan, and happily waves at her daughter who’s walking into her first day of university.

Indian girls and women are more educated than ever — school enrolment numbers are at an all-time high, and women and girls are staying in school longer. Yet, data suggests that women are dropping out of the country’s workforce at an alarming rate. Despite an increase in education and training, estimates suggest that in 2020, only 15 percent of India’s youth entering the labour force will be female.

Traditionally, education is seen as the primary means to social and economic advancement — particularly in developing countries. If this is not translating into jobs in the ‘real’ world, what is the purpose of education in India then?

The first question to ask here is this: from primary schools to universities, are educational institutions merely reinforcing stereotypes and, consequently, work preferences for women? A 2017 study highlighted that primary textbooks of the National Council for Education Research and Training (NCERT) reinforce gender stereotypes, often depicting certain types of work as being the domain of one gender. Women were portrayed as being confined to the domestic sphere, and almost exclusively ‘teachers,’ when they did step out; while men were depicted in a variety  of professions. Meanwhile, in 2018, there were reports of an “aadarsh bahu” (ideal daughter-in-law) course being envisioned at a University in Bhopal.

Interestingly, higher educational attainment also seems to be fuelling its own kind of stereotypes — resulting in better marriage prospects, not employment. This means that education is a path to marriage, rather than a job. If one considers the ‘marriage market’ in India, young women today actually seem to be “marrying down,”  in the sense that wives are often more educated than their husbands. This is usually because they have studied, not been able to find jobs, and have, therefore, decided to get married. A quick glance at the matrimonial section of the newspaper will confirm that education seems to have become a basic criterion for marriage across the board — with several ads for men who are “seeking smart, slim, working MBA/PG girl”; “prof, working girl”; and “good looking, educated homely girl.” With ‘educated’, ‘homely’ and ‘convented(!)’ often being used repeatedly in these ads, one wonders what Indian society considers to be the purpose of education for women.

The second question is whether the decrease in female labour force participation is a result of an increased enrollment of women in higher education. In a number of postgraduate degrees (arts, sciences, and commerce) across the country, women outnumber men comfortably. This is good news, right? It means women are staying in school for longer. However, even as these numbers are rising, it is important to note that this is not translating into them eventually entering the workforce. Indeed, in certain states in India, the number of young people (women and men) not in education, training, or employment runs into the millions. Moreover,  while women may account for the majority of students in postgraduate education, the enrollment numbers for professional and technical courses — like B.Tech, M.Tech, Law and MBA programmes — are skewed against them in favour of men.

Improved literacy rates across the country have led to an exponential increase in qualified potential female workers. Despite this growth opportunity, however, there has not been an equivalent increase in the available white collar jobs because job creation has been largely in the informal sector. Thus, while India’s women are becoming more educated, they are not always able to find jobs that are commensurate with their educational qualifications. Dr. Deshpande sums it up succinctly with an example, saying, “A girl who has completed class 10 or class 12 may not want to be a manual worker, because she may feel that she has acquired a certain degree of skill that she can utilise to ends that are more suited to her situation. So education has the potential to raise productivity — but what if those jobs just aren’t available?”

The third question is that of skills development and whether education is preparing young people for jobs. According to a UNICEF estimate, over half of all South Asian youth leave school without the necessary skills for 21st century jobs. Confirming this unbelievable fact, a report suggested that in 2019, 53 percent of Indian businesses could not recruit for available positions owing to the candidates lacking necessary skills. This highlights the fact that even for the jobs that are available, young people are simply not receiving the right skills or adequate training.

A World Economic Forum project suggests that closing the nation’s skills gap could add US$1.97 trillion to India’s GDP by 2028. Thus, the economic implications of India’s youth being unprepared for the modern job market make updating education and adding skilling programmes an urgent need. For young Indian women who are already facing down a host of factors keeping them from the job market, these measures could make a big difference.

The mismatches between aspirations, skills, and availability are different parts of a complex puzzle. For those of us with the privilege to believe it, education may be an end unto itself, but we must acknowledge that for the vast majority of Indian women, an education is a path to a life that their mothers never had. Even as we dream big for these women — the ones who are entering colleges in numbers like never before — the sobering reality of the situation is that the outcomes of this education are not quite what one would imagine.

This is Part-2 of a five-part series on Women In The Workforce.