Is Suicide A Cry For Attention And A Sign Of Alienation?

What does suicide do to us? Perhaps it tells us about the inescapable forces that lurk within us ready to enter our personal space and break the innermost boundary that protects our self. 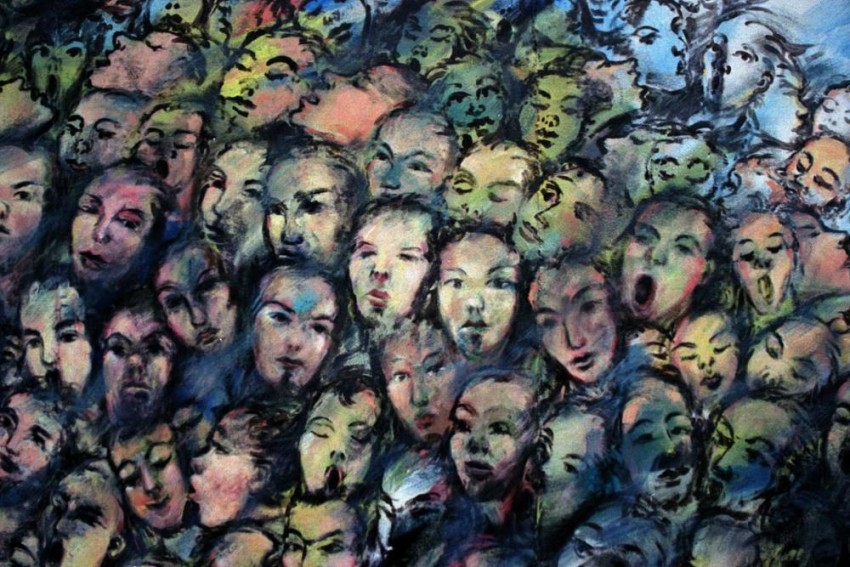 Representational image
Rajat Mitra June 23, 2020 00:00 IST Is Suicide A Cry For Attention And A Sign Of Alienation?

A dozen people have called me since the death of Sushant Singh Rajput. They were feeling disturbed. Most were young and they wondered why Sushant killed himself even when he was a successful actor?

Their worry seemed palpable. Each of them, it seemed, was asking if it was alright to be successful; and if one does not become successful, how does one stop from feeling vulnerable to inner demons? Perhaps that is what suicide does to us. It tells us about the inescapable forces that lurk within us ready to enter our personal space and break the innermost boundary that protects our self.

Today, the most prominent view of suicide in psychoanalysis is that it is a kind of displacement, that the desire to kill or destroy the self comes from feeling thwarted in real life which the individual turns it upon himself. According to this view, all emotions that culminate in a person resulting in suicide can be explained in terms of life history of the individual.

Suicidal behaviour according to Durkheim is behaviour which has not been redirected to the source who is the cause of it. The resurgence of old psychic wounds and trauma more than offsets what life has to offer at present or in future.

Perhaps that is what makes the narrative of suicide both poignant and unique. It is a life story of an individual that resurfaces again to haunt the family and in case of the celebrity, the wider world. The attempt, the surprise and then the utter bewilderment that everyone gets engulfed in, leaves an indelible mark on those left behind for life who have to ask themselves why they didn’t see it coming. In each case, there are some who have to deal with a kernel of emotions that will never leave them for as long as they live. It remains an existential dilemma embedded within, a struggle between hope and despair and existential dread and nihilism on the other.

If Sushant Singh had everything, would he have killed himself? His messages and tweets do not reflect a man who could have been weak of will. Neither do they show a psychotic frame of mind. There is a cry for attention of an intellectual caught up within the vortex of survival in a heartless industry. There is a preoccupation about issues of life and death that shows a man both reflective and in existential angst. He was desperate to make it big in an industry known for its nepotism. Asking everyone to see his films because he would not survive shows that. The books behind his pictures show an intellectual. This is the first time I saw a Bollywood actor with intellectual books behind him. As we know that being an intellectual in a heartless profession can be the root of alienation that grows by leaps and bounds with success and failure.

Many years ago, a famous film actor had visited us for tips wanting to play the role of someone who has suffered a trauma. After spending an afternoon he said he had realised two things. That he was always trying to be like someone else and was never himself. Calling it false and fake he had said it is impossible to give up because that had become his identity.

“So, what do you do when you realise this?” I had asked.

“I love the fame, the recognition,” he had replied. “I can’t go back now looking for that original me. Even though we are all false, it is our identity. The actor’s identity is too alluring. We are surrounded by people like us. None of your emotions are genuine. They are all plastic.” Then he had added, “You can leave it only through committing suicide or through psychotherapy.”

Since then actors, models whom I have seen in psychotherapy seem to share the same set of experiences. They talk of a living embedded within a falsehood, surrounded by an existential estrangement yet unable to break out from it but adapting and living in it as if it were the only reality they know of.

To escape the only reality that one knows of is not easy. It becomes an intensely personal decision that one has to decide in the innermost recesses of the mind. That is a domain which most of us don’t open up to anyone. While suicidology has identified signs and symptoms that one may show and can be encouraged to talk about, the concerned person may hold it within and never choose to let others know his intention, even to the closest around him. As a professional psychologist, all of us have memories where we could pick up and where we couldn’t. For those we couldn’t prevent, the pain, the guilt stayed for a long time asking us questions that belong to the realm of existential despair.

Many years back, Anupam (name changed), recovering from a nervous breakdown, had gone with us on a holiday. Very good looking, talented, he came from an upper class family. Born with a silver spoon in the mouth, he was going to make it big in modelling. I was the team leader of the group consisting of young boys and girls like him. After a week of fun-filled days full of laughter, songs, and dances, Anupam and others shared how they had become dysfunctional. On our last day, he told us he now feels why he became so despondent and said he feels inspired to start his life again. He hugged all of us and cried. We were happy for him. Tragically enough the very next day after returning home, he killed himself. The suicide note said, “I have seen a mirror to my life. I realised how cruel the world is and how much I had damaged myself. I can’t imagine living in this world.”

We were all devastated and desperately looked for that odd sentence, that clue that we could have used to prevent it. We found none. Why did he not share his predicament with us, to whom he had told us the other day he wants to begin his life again? We had no answer. His younger sister told us later on seeing him behave normal in years, the family had told him how he had damaged everyone and insisted he should take over the family business, get married and terminate his treatment. Anupam had felt guilty of the hurt he had caused everyone.

“Anupam was always an intensely private person. He never shared with us when he got hurt,” she had said. This is perhaps true of many who attempt suicide.

Is the suicide a cry for attention, a message that a person wants to send out to the world? Many suicides fall into that category where the person is trying to tell us a tragic reality.

Quite often the language, the behaviour of a suicidal person is symbolic and expresses a deep inner truth that he is trying to say. A case from the time I worked in prisons comes to mind. The most difficult day as I learnt for a prisoner was the day of sentencing. After learning he has been sentenced for 10 years, an undertrial told his mate that he was feeling as if the sunlight seemed hotter and the shade colder than other days. He didn’t eat dinner and gave away his money before sleeping to his cell mates. His cell mates found his behaviour strange and they decided to keep a watch. When they noticed him get up in the night, they stopped him from hanging himself.

“I am innocent and had hoped somehow I would be understood. I believed in God and that he is looking after me. Now, I have no hopes left,” he had answered.

As we know today, suicide is perhaps more linked to despair, where life is seen as meaningless, where we say, ‘I can’t do anything new’. ‘I can’t see anything new’. The last point on that continuum is where hope is lost forever and when life seems to lose all direction and meaning.

As Freud said long ago, “The inability to affirm life doesn’t imply the ability to affirm death. The anxiety of fate and death controls the life of those who have lost the will to live.” He asked all of us to listen to that voice of despair within that is also the  voice of mankind. I hope we listen to that voice sooner than later to prevent more young lives like Sushant Singh from getting lost.

(Rajat Mitra is Psychologist and Professor at Amity University)

Over 1300 Made-in-India Ventilators Delivered To States Under PM-CARES Fund: Govt