Not only do the electoral bonds subvert financial transparency by allowing anonymous donors, foreign powers could use them to fund political campaigns of Indian parties. 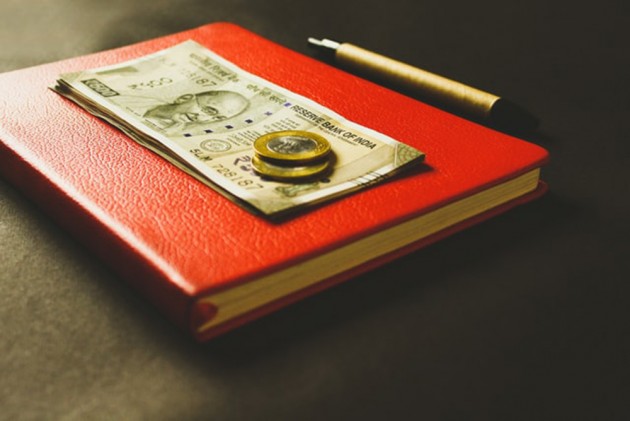 On March 26, after hearing a plea by the Association of Democratic Reforms, the Supreme Court refused to put a hold on the selling of Electoral Bonds. Following this, the Finance Ministry rolled out its quarterly sales of these bonds amidst elections in five state assemblies.

The Supreme Court did, however, raise a new question about the risk of political parties misusing funds collected through these bonds for terror funding and instigating violent protests, and asked the Central government to “look into that aspect.” The Apex court should’ve instead addressed another important issue that requires very deep pockets: horse-trading of nominated candidates after the elections to circumvent the democratic mandate.

Electoral bonds have been selling like hotcakes since its launch in January 2018. Announcing the plan during his budget speech in February 2017, then finance minister Arun Jaitley had argued that:

2) We have struggled to obtain the requisite transparency even after so many years of Independence.

But those who hoped that these bonds would actually bring about transparency were in for disappointment, because they did the exact opposite. The quintessential transparency of party funding died with their introduction.

Earlier, any party receiving more than Rs 20,000/- had to route it through the Election Commission of India. The bonds now allow any amount of donation (whether it is 10 lakhs or 100 crores) to be made privately, without revealing the details of the donors, who, according to the explanation given in the bill, want anonymity. The only logical and obvious reason any donor would want such anonymity is to conceal possible quid pro quos in getting contracts, licenses and bank loans, and conveniently become defaulters and flee the country.

Corporates like the Tatas and Birlas have been donating to all the political parties for the past 70 years, and many of them still contribute to opposing parties. Has any ruling party ever harassed a donor who also gave to its opponents? Does the current establishment plan to do that? If not, the justification of allowing anonymous donations becomes irrelevant. It is clear that private interests are at odds with public interests here when it comes to transparency.

Earlier, both the Reserve Bank of India and the Election Commission of India had issued directives protesting against these bonds. In a letter to the Ministry of Law and Justice, the ECI cautioned that electoral bonds and the subsequent regulatory changes would facilitate significant amounts of illicit contributions, and result in a proliferation of offshore firms funneling black money into the system.

But now, in a baffling about turn, the ECI's counsel, Senior advocate Rakesh Dwivedi, informed the Supreme Court that the commission now favours the bonds. “Without electoral bonds, we will revert to the earlier, unaccounted-for cash system,” he argued, echoing the government line that the bonds ensure “all transactions are conducted across banking channels.”

To push through electoral bonds in India, the government amended five major acts: the Reserve Bank of India Act (1934), Companies Act (2013), Income Tax Act (1961), Representation of People’s Act (1951), and Foreign Contribution Regulation Act (FRCA) through the Finance Act of 2017 in the budget.

There were mainly three ‘reforms’ that did not get the coverage they needed.

First, the amendment of Section 182(3) of the Companies Act of 2013 ensured that the cap of 7.5 per cent of a company's earnings on donations was completely eliminated. In other words, an organization could even contribute 100 per cent of its income to a political party. Even an organization that is losing money can make campaign contributions. This is an unmistakable step toward legitimizing and legalizing cronyism, and makes it crystal clear that corporations can practically –and legally--control the country.

The second major amendment was the repeal of the rules requiring a resolution from a company's board of directors to make funding to political parties and disclose this funding in the profit and expense statements. Imagine hiding such contributions not just from the general public, but also from the company's founders, in the name of ‘transparent’ funding. Farcical much?

And finally, Sec. 29(B) of RPA, which forbids any political party from accepting funding from foreign sources, was also repealed. Then there’s Section 3 of the FCRA which prohibits candidates, legislative representatives, parties, and its officials from receiving foreign funding. In 2014, the High Court of Delhi ruled that two of the largest parties, the Indian National Congress and Bharatiya Janata Party, had violated the FRCA (1976) by receiving funds from foreign lands. In response, the current government introduced a backdated amendment in form of a finance bill of 2016 in the budget, which enforced the 2010 amendment and killed the 1976 Act.

Imagine the implications and ramifications of a foreign power being able to finance the campaigns of our political parties, without a paper or electronic trail. We have seen firsthand how international meddling in other countries' elections is a reality. Even a superpower like the United States was unable to defend itself from such an intrusion, said to have been committed by its proclaimed enemy number one. This is a major issue, potentially dangerous for the political structure of every country. The Supreme Court's worry over the likelihood of misappropriation of funds is very important. There should be transparency in both the areas, its spending, and the source of funding.

So, let's not dismantle believing the safest course of action is straightforward: don't dismantle electoral bonds if you don't want to; instead, just reveal the donor and the receiver, something the government can do in less that 30 seconds. Expecting it do so, however, is foolish. The Supreme Court should have simply ordered it and settled the matter. One hopes the nation's Supreme Court will deem this case to be of national significance and act quickly.

The Supreme Court did a huge service to political accountability and fairness by ordering political parties to disclose the financial and criminal status of their candidates. When the government attempted to weaken the ruling by legislation, the Court ruled the rule to be ultra vires. Is it unreasonable to demand the same legal standards?

The former Election Commissioner of India T.S. Krishnamurthy had suggested forming a National Election Fund, to which all the party funding could be diverted. This would alleviate the donors' fictitious paranoia of democratic retaliation. The income tax deductions would be icing on the cake for donors. This fund could then be divided among political parties as per the rules and regulations stipulated by the fund.

But until and unless the Guardians of our democracy (Supreme Court) and election system (Election Commission) constantly work towards transparency and fairness in elections, we may soon see more such blatant violations by the increasingly powerful political parties.

(Kumar Kartikeya is Delhi-based law student with an interest in constitutional law. Views expressed are personal, and do not necessarily reflect those of Outlook Magazine)