US national John Allen Chau was allegedly killed by a protected tribe when he tried to enter the prohibited North Sentinel Island. 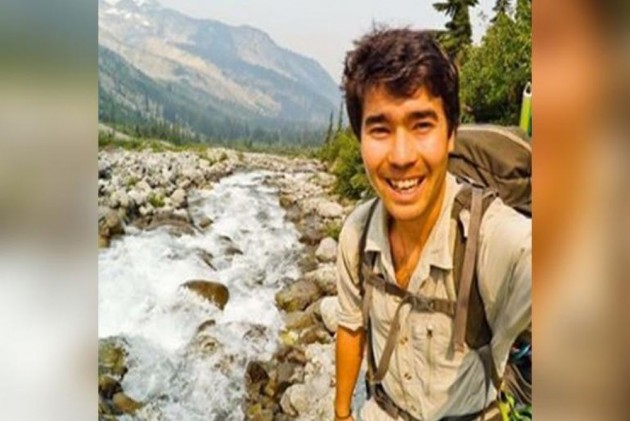 An American filled with missionary zeal made several forays at North Sentinel Island, part of the Andamans in the Bay of Bengal, a few days ago and got killed by the fiercely independent people living there.

Hindutva reaction to his fate was on predictable lines. Nothing works up the Hindutva crowd as the C word – conversion. Never mind that their dreaded Abrahamic religions – Judaism, Christianity and Islam – have all thrived in the southern Asian subcontinent for centuries or millennia and never mind that Muslims and Christians – there now being hardly any Jews left – still make up fewer than a fifth of India’s population.

It is the reaction from many of those generally deemed to be of the left, liberal or secular inclinations that was surprising. Many of them seemed to echo the Hindutva crowd’s glee over the man’s death.

Two points need to be made: 1. He had an inalienable right to profess and propagate his faith. 2. But he ought to have done some homework before venturing where he was unwelcome.

The second point is easily dealt with. Yes, John Allen Chau ought not to have been there and ought to have avoided acting like a character out of Werner Herzog’s film, Aguirre, the Wrath of God: the priest accompanying the conqueror sailing down the Amazon asking of one of the peoples living on the banks, “Has this heathen heard of our Saviour…?”

Then again perhaps Hindu fanatics as well as others might wish to note that the current Indian government ignored recommendations from the National Commission for Scheduled Tribes to be vigilant and instead opened up a number of Andaman Islands, including North Sentinel  for tourism.

Incidentally, so much concern for the preservation of the way of life of a tiny tribe in an island far from the subcontinent but so little for that of millions of indigenous peoples or Adivasis living in the very heart of India – in Chhattisgarh, Jharkhand, Odisha as well as those along the Western Ghats, i.e. Karnataka and Kerala? Not to mention those along the Narmada Valley and others too many to name?

Both Congress and Bharatiya Janata Party dispensations have over the past years and decades unleashed lethal force, not only of the regular Central Reserve Police Force (CRPF) variety but irregular – in fact illegal, such as Salwa Judum – to quell peaceful resistance by Adivasis faced with deprivation of lands, forests and mountains that had been theirs from times immemorial but which the corporate moneybags had their eyes on thanks to the mineral reserves lying underneath. It took months of mobilisation by hundreds of thousands of civil society activists in India and around the world to get Dr Binayak Sen out of jail and this under a Congress dispensation. The result of the Congress party’s cynicism is that we now have an even more rapacious one of their kindred BJP that has advocate Sudha Bharadwaj, than whom few have sacrificed more to work for the Adivasis, in jail.

And so a penny for your rather too selective thoughts for the Sentinelese tribal people.

Coming back to the first point, namely the late John Chau’s zeal for winning converts, the Hindutva as well as the secular, liberal, left and other types might note that not only the constitutions of India and most other countries but international human rights declarations and treaties such as the Universal Declaration of Human Rights and the International Covenant on Civil and Political Rights (ICCPR), to which India is a state-party abundantly provided for his right to do so.

Witness ICCPR: “Article 19. 2. Everyone shall have the right to freedom of expression; this right shall include freedom to seek, receive and impart information and ideas of all kinds, regardless of frontiers, either orally, in writing or in print, in the form of art, or through any other media of his choice.”

Having said this, what is my stake?

It is possible that my ancestors -- those of the sub-sub-caste in which I was raised -- were Buddhists, Jains or Muslims converted to Hinduism, as we know that vast swathes of the southern Asian subcontinent had in fact been homes to followers of religions a few of whose shrines remain standing but many others  claimed by and continuing to face unwelcome attention from belligerent Hindus: witness the malevolent Sanghi focus on the Sufi shrine, Baba Budan Giri, defence of whose non-denominational character indubitably drew Hindutva attention towards Gauri Lankesh.

I’m an atheist and had become aware of having turned one in the late 1960s or early 1970s in my mid-teens. “New converts” are generally reputed to be more zealous than others and while in my own case I did try and preach my then new-found non-belief, rather quickly realised I was not getting across and soon settled down to tolerance and acceptance of the manifestations of belief all around me.

In the early to mid-1970s I learned of a Gandhian atheist – how about that? – named Goparaju Ramachandra Rao and I bought his books including We Become Atheists and attended a “camp” at the Atheist Centre in Vijayawada, long before the Internet age.

While I remain a fervent atheist, I now believe there are other dimensions such as Brahminical Hinduism’s caste oppression that deserve greater attention.

As of now, I fervently defend and celebrate myriad beliefs: the more the merrier. While I’d not be caught dead wearing a noodle-strainer on my head, I’m all for the rights of the Church of the Flying Spaghetti Monster, for instance, which enjoys legal recognition in New Zealand.

My right not to believe is inextricably bound up with your right to. I cannot claim my right without acknowledging and defending yours.

But just to tie up the strands of American missionary, right to “impart”, especially “regardless of frontiers”, I remember that as a trainee-sub-editor for a few months 1977-78 at Indian Express, New Delhi, an assistant editor in charge of feature pages I was helping out named Ravindra Nath once received a visit from three members of the Hare Krishna cult, all three clad in white and sporting long tufts of hair at the backs of their heads, two of them American-accented and voluble and almost ordering that an article they were touting be published.

If memory serves me right Mr Ravindra Nath, a good observant Hindu, gave them a patient hearing and sent them on their way.

The Hare Krishna cult – a rather Brahminical Hindu one – is generally assumed to be of Indian origin but like Chicken Tikka Masala, which is now reputedly a British dish, can well be regarded as a Western cult, much like that spawned by Mahesh Yogi, whose outfit used to take out full-page advertisements in newspapers worldwide a few decades ago touting ‘transcendental meditation’, ‘unified field’ – whatever that meant — and much else.

India has long had a thriving guru and religion industry, meaning convert-seekers, some of them non-resident too. And so it’d be good if Indians could kindly hold their fire in the matter of the late John Chau.

(N. Jayaram is a Bangalore-based journalist. He has worked for over 23 years in East Asia (mainly Hong Kong and Beijing) and 11 years in New Delhi. He is currently engaged in editing and translating for NGOs and academic institutions. Views expressed are personal.)