While the encounter of criminals may be a knee-jerk response, we need to go for cultural overhaul of the police, bureaucracy and politicians as a long term solution to this deeper malaise. 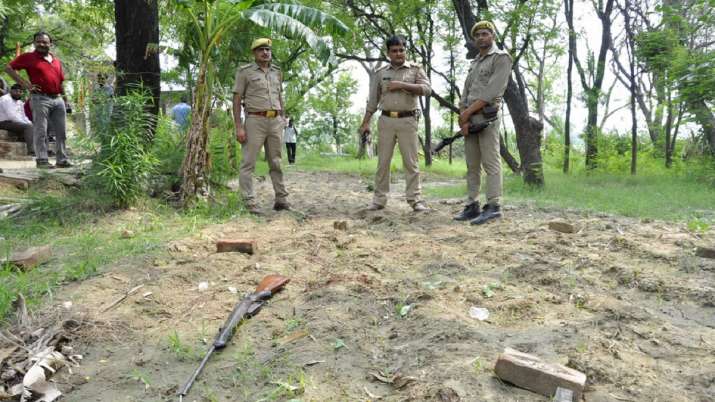 The brutal killings of eight policemen, including two officers, by gangster Vikas Dubey and his men in a Kanpur village is a symptom of deeper malaise hinged on corruption, criminalisation and casteism in bureaucracy, police and politics. This nexus encompasses everyone who matters in the ‘system’. It condemns people to the mercy of criminals who have penetrated all institutions responsible for grievance redressal and justice delivery. The Kanpur incident is the first of its kind where police have tasted what the common man had been facing for a long time.

There are two important lessons. One, after more than seven decades of independence, the police force still remains what Justice AN Mulla of Allahabad High Court said in 1950 “an organised gang of criminals” that, in this case, facilitated en masse killing of fellow policemen to honour their criminal connections. Two, because state institutions have largely failed to deliver, people are steadily shifting to local ‘dons’ running parallel governments for redressal of disputes and grievances.

OPINION: 'Only When A Cop Is Killed That Society Sees Them As Human'

In early 1970s, UP chief minister Kamlapati Tripathi had warned Congress about criminalisation of politics. But, that went unheard and unabated. During 1980s and 1990s, it was transformed into politicization of criminals when large numbers of criminals got elected as peoples’ representatives by use of money and muscle. With the advent of  the 21st century, it transcended to newer heights called mafiaizationof politics, where criminals, in guise of politicians, steadily expanded their network to include all institutions that mattered in power structure so that their nefarious designs could be accomplished hassle-free. Thus, parallel to formal government, there arose informal governments in many pockets in the state to the advantage of all stakeholders except the people. The recent incident involving Vikas Dubey at Kanpur is simply a manifestation of that malaise.

Politics has the twin objective of ensuring law-and-order and welfare of people. But in this backdrop, criminality was acquiring respectability in politics. That was the time when Dalit and backward assertion through BAMCEF, DS-4 and mandalisation came to dominate politics in Uttar Pradesh during late 1970s and 1980s. Its political avtars in form of Bahujan Samaj Party (BSP), led by Mayawati, and Samajwadi Party (SP), led by Mulayam Singh Yadav, gave patronage to such criminal elements because they had to build their parties from scratch. At that juncture, criminality was amalgamated with caste identity so that marginalised caste groups would see their caste criminal politicians as a symbol of ‘caste pride’. Such criminal-politicians claimed backing of peoples’ mandate.

Phoolan Devi was a burning example who gunned down 20 thakurs in village Behmai in Kanpur Dehat in 1981, surrendered two years later to MP CM Arjun Singh, served 11 years in Jail. She was inducted in SP by Mulayam whose government dropped 55 criminal cases against her and got her elected to Lok Sabha in 1996 and 1999. Similarly, many caste criminals coming from all castes were looked upon as heros and saviours of their respective castes, earning protection and support from them. Earlier, such a tendency was visible among Muslims who saw notorious Muslim criminals as saviour of minority community -- for example Mukhtar Ansari, Ataurrahmaan and Shahabuddin in Ghazipur, Azim Ahmed in Varanasi, Atiq Ahmad in Allahabad and many petty criminals in smaller towns all over UP.

Vikas entered the criminal world at the same time and murdered two Dalits in 1992 in Kanpur. Due to political patronage, he was released on bail and became a handy tool for political parties who eyed his clout over Brahmin votes as Kanpur and surrounding villages are Brahmin dominant. He was inducted by BSP and murdered Santosh Shukla, BJP minister of state in Rajnath government in UP in 2001. Due to his political connections with BSP and SP, he was acquitted in every criminal case till date. His modus operandi was simple: he aligned with the party that came to power in UP and exploited the political patronage to the full. That’s why he had sympathisers in every party, every government, police and administration, besides a strong support among Brahmins in and around Kanpur.

The state and country is agog with many dreaded elements like Vikas Dubey who can command the police, administration and politicians to dance to their tune. That is because money and muscle have overpowered the entire system where the trinity of corruption, caste and criminality rule the roost. While the encounter of criminals may be a knee-jerk response, we need to go for cultural overhaul of the police, bureaucracy and politicians as a long term solution to this deeper malaise. We must treat the symptoms, but we also need to eliminate the cause that produces such elements as Vikas Dubey.

(Anil Kumar Verma is director, Centre for the Study of Society and Politics, Kanpur. Views expressed are personal.)