Were we vainglorious on the ‘peaceful’ holding of the Kashmir District Development Council Elections, which are not even statutory bodies created by legislature? 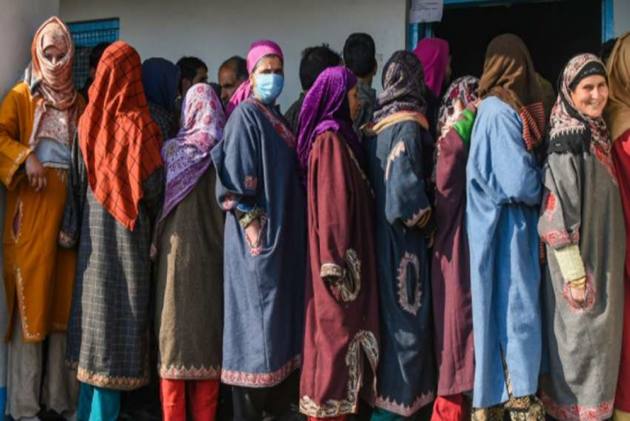 It is natural for any home media to cherry-pick, expand and beam to domestic audience international news that are of prime concern to them. China is our government’s prime worry which they expect media and public to share in equal measure, even as they pretend nonchalance at the cascading farmer protests.

Thus, it is reasonable that our media could zero in only on the China policy aspect of an otherwise comprehensive policy address of US President elect Joe Biden on December 28. We were told that Biden would “compete” with China by building coalitions with likeminded partners and allies to hold that country accountable for its abuses on trade, technology and human rights. We have also been told that New Delhi, although not named, “figures high on any American plan to balance China in the Indo-Pacific”.

However a perusal of the full transcript of Biden’s 13 minute speech would indicate that he had covered a host of subjects including Nashville bombing, roadblocks by the Pentagon on his transition team’s efforts, exemplary cooperation from career staff in agencies vital for US security interests which were “hollowed out in personnel, capacity and morale” by his predecessor, climate change, global struggle on carbon emissions, Covid-19  pandemic, challenges from Russia and China, cyber security, humanitarian disaster on the

Mexican border created by his predecessor and efforts to reclaim America’s place in the world.

Nikkie (Asia), which also owns Financial Times (UK),  had reminded us a few days ago that “Kashmiris Expect Biden to pressure India on Human Rights”. A check on Biden’s electoral platform of August 2020 confirms that he had given high place to human rights which are violated by China in Xinjiang’s Uyghur internment camps, by Myanmar against the Rohingya Muslim minority and by India in Kashmir. Specifically, he had said that the Indian government should take all necessary steps to restore “the rights for all the people of Kashmir”.

Were we vainglorious on the ‘peaceful’ holding of the Kashmir District Development Council Elections (DDC) which are not even statutory bodies created by legislature? Were we duping ourselves describing DDC elections as fulfilment of Gandhiji’s dream of “Gram Swaraj” and implementation of Atalji’s three principles of  Kashmir policy “ Insaaniyat, Kashmiriyat and Jamhooriyat”?

However, Gandhiji did not envisage large scale arrests and detention of state political leaders before introducing Gram Swaraj. Nor did former Prime Minister Atal Bihari Vajpayee even think of arresting senior politicians, including former Kashmiri leaders who were sharing power with him in New Delhi.

What Prime Minister Atal Bihari Vajpayee had told our parliament on April 22, 2003 after his two-day visit to Kashmir on 18-19 is very significant even now.  He went there to specially congratulate the Kashmiris who had braved terrorists’ bullets by fearlessly participating in the State Assembly elections. His three important programmes in Srinagar were to launch the work of the proposed four lanes Srinagar- Kanykumari highway, which he mentioned was the top priority of the late Mufti Mohammed Sayeed, newly elected Chief Minister. The other two were also infra-projects connecting Kashmir with India.

However the most important was his address to an enthusiastic public rally: “Whatever complaints you have, try to address them collectively. Knock on the doors of Delhi. Delhi will never close its doors for you. The doors of our heart will also remain open for you”. While he would discuss with Pakistan the “external” issues, he would follow three “mantras” (principles) in solving the domestic problem: Insaniyat (Humanism), Jamhooriyat (Democracy) and Kashmiriyat (Kashmir’s age-old legacy of Hindu-Muslim amity).

However, Vajpayee’s successors did not carry his message forward. They felt that his three “mantras” could be implemented only after arresting mainstream political leaders. Concerned by an unprecedented, unexplained and mysterious troop build up, a National Conference delegation led by Farooq Abdullah “knocked” at the door of Prime Minister on 1 August 2019 to request him not to take action that may deteriorate the situation in the Valley. They also requested him to hold Assembly elections before the year end.

Instead, five days later New Delhi abrogated Article 370, locked down the Valley, dismissed the elected government and arrested Kashmiri leaders including Chief Minister Mehbooba Mufti with whom they were sharing power till June 2018.