The Club House debates, in general, throw up pictures of a Malayali society that is making giant strides towards a more emancipatory future. They also present its worse detractors – zealots of all hues. 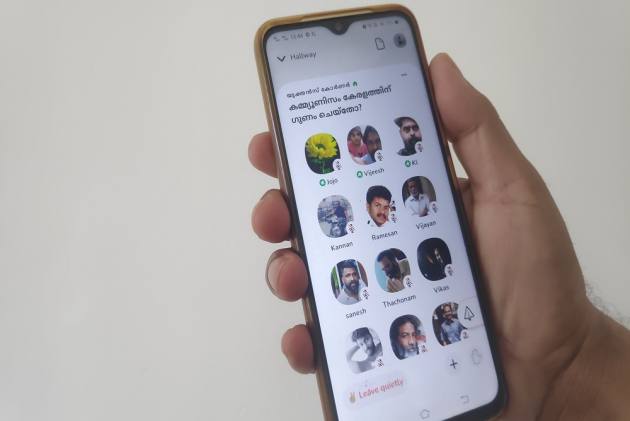 If you are unable to reach a Malayali friend or relative nowadays, he or she is likely to be ensconced in a Clubhouse chatroom, listening to or speaking at a polemical four or five-hour long debate on some vexatious topic. Debate is a euphemism here for what one sees in these bitter harangues is nothing less than a pandemonium of war-like proportions.  One notable exception is conversations run by a few daring women who unleashed a volcano of feminine agency in which hitherto unthinkable discussions on sex and sexuality from a female perspective flow like molten lava. Their chatrooms do not turn into battle grounds because they were careful enough not to allow the men, anxiously waiting for every word with wounded male ego, to speak. On the few occasions during which the men were allowed to chip in, for instance in a discussion on extramarital affairs, they presented a sorry spectacle of themselves in the face of strong arguments from self-confident women who knew not only what they wanted in life, but also how they would attain it.

On top of it all, the discussions revealed a powerful undercurrent of sex-positive femininity that is hell-bent on showing that Malayali men are marginal – even inconsequential – as far as their erotic imaginations and adventures are concerned. Unapologetic self-descriptions of bi and pan sexual orientations, the use of sex toys and men as comparable instrumentalities in the pursuit of carnal pleasure, autobiographically validated rejection of the dominant commonsense that female sexuality is inextricably connected with romantic feelings, mocking depictions of Malayali men as self-centered morons with absolutely no inkling of female desires – Clubhouse almost looked like a revolutionary slaughterhouse for Malayali patriarchy and misogyny. The thousands of distraught and seemingly sexually frustrated men who uncomfortably and unwelcomely perched on the neglected corners of the discussion rooms unable to speak a word were a rather poignant scene from the future. The telltale signs of a social revolution in the making were evident in these discussions which stood out for the absence of that ultimate bane of Malayali individuality – the fear of what ‘the others’ will think of me. While all hypocrisies are a result of the same fear, it has assumed pathological proportions in Kerala.

While the unprecedented mushrooming of female agency on Clubhouse is a welcome development in the notoriously male-dominant society of Kerala, the other kind of highly popular debates among Malayalees center around religion - Islam to be precise. This type of shrill polemic is happening on three planes: Islam versus Christianity or Muslims versus Christians, rationalists including ex-Muslims versus believing Muslims, and believing Muslims versus Muslim women tired of the faith.  The first two types of polemics remind one of 1994 film Forrest Gump, directed by Robert Zemeckis. Forrest Gump, a dimwitted simpleton who is totally oblivious of the epochal historical events unfolding around him, is, however, not a non-entity, as he accomplishes heroic wins in his own life as an athlete, exactly like the polemicists in the Clubhouse debates who revel in their own small victories. The common thread between the first two types is their textualism and their total disregard for the political context in which their debates rage. Rationalists as well as apologists of Islam’s scriptures approach texts as if they stand alone removed from history and society. Who wins and who loses in these debates is a subjective judgment for anyone to make, but the group that hosts the debate stands a better chance because they determine how much space should be allowed to their critics.

Both the rationalists and the Muslim apologists are shockingly apolitical and anachronistic. On the one hand, the rationalists, many of them ex-Muslims, take immense delight in provoking Muslim apologists into lame excuses and labyrinthine overinterpretations of their scriptures and theological and jurisprudential approaches. On the other, the Muslim apologists gleefully fall into the trap laid by the rationalists and render themselves and their faith ludicrous because many of the strictures and commandments they seek to defend are absolutely out of sync with not only the present times, but also their own supposedly ‘Islamic lives’. This was nowhere more evident than in discussions on Islam and slavery. While none of the Muslim apologists defended slavery, they presented numerous convoluted arguments to justify the verses of the Quran, the Hadith and the historical antecedents in the life of the prophet and the subsequent generations which could be reasonably interpreted as supportive of the perpetuation of slavery, including the rights of Muslim men to have sex with female slaves and prisoners of war. The purpose of this article is not to weigh in on the arguments given by either side, but to wonder if such polemics are reflective of a mindset reminiscent of that of Forrest Gump, or Dany if we take as example an eponymous film by the Malayalam filmmaker T.V. Chandran which was obviously inspired by Robert Zemeckis’ masterpiece. The argument here is not that debates in favor of or against any religion is out of place at any point in history, but that an excessive focus on polemicizing a particular faith at a time and in a country where its followers are increasingly discriminated against and even psychologically disenfranchised is deeply problematic. Even more problematic is the fact that while thousands of people flock to listen to these ultimately inconsequential harangues between two sets of extremely self-righteous groups, only a few take any interest in serious discussions of a substantive nature on the same platform.

The third type of debates on Islam concerning the Islamically vindicated patriarchy and misogyny are particularly significant and worthy of praise for three reasons, despite their bitterness and shrillness. One, it is the first time that we see Muslim men, especially clerics, come face to face on an equal footing with the victims of their narrow and sexist exegesis of the faith. These women include believers who passionately advocate gender-just interpretation of religious scriptures as well as those who abandoned their faith in protest against what they think is oppressive misogyny justified in its name. Second, these discussions may lead to some rethinking on Muslim men and their clerics about the plight of women in their midst even as they are forced into sophistry in the face of the passionate arguments from the women based on subjective experiences and readings of the texts. That they came down from their exalted status to directly engage with these women who ‘went astray’ is in itself a crucial step towards democratization in the community. Third, many believing and practicing men betray genuine empathy for these women while also remaining adamant on their notions of scriptural and prophetic infallibility. As pointed out earlier, these women also show no signs of that bane of Malayali individuality – fear of what the others think of them. The less hypocritical a society becomes, the more authentic, humane and ethical it turns.

The Club House debates, in general, throw up pictures of a Malayali society that is making giant strides towards a more emancipatory future. They also present its worse detractors – zealots of all hues, including godless ones! The reason why Club House, and not other social media platforms, became the choicest vehicle for this process is its interactive nature, orality, and its striking resemblance to a boisterous and argumentative Kerala marketplace.

(Shajahan Madampat is a writer and cultural critic based in Abu Dhabi.  Views expressed are personal and do not necessarily reflect those of Outlook Magazine.)