Embraer is a once in a century opportunity for India to leapfrog in the aerospace industry, and India should not be caught up in economic philosophies of how to acquire it. 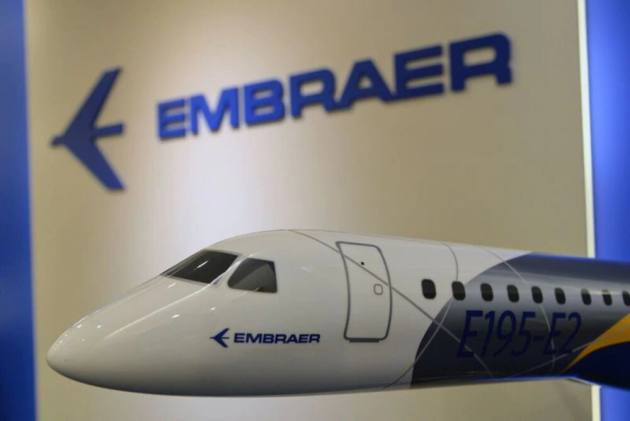 If India aspires to be a major economy, that is in alignment with its promise to make its people more prosperous, then India needs to have a strong aerospace industry, that would contribute significantly to its GDP targets.

The global aerospace market was worth USD 740 billion in 2017, excluding the space, missiles and UAV part of the market. This is roughly one fourth of India’s total current GDP. India has made giant strides in the space industry and is a recognized player globally. However, the same cannot be said for the aircraft and MRO industry, where India is practically a non-player.

India itself is forecasted to have a civilian aircraft requirement of 1,750 aircrafts in the next twenty years. This is USD 225 billion worth of purchases or roughly 9% of the current Indian GDP. This excludes the purchases of military transport aircraft and AWACS platforms by the Indian Airforce. The military transport aircraft requirements are estimated to be another USD 3 billion of purchases.

From the above, two things are very obvious – first, that India needs to be a significant player in the aerospace industry, in order to have the GDP growth that India aspires to have and second, India needs to have this industry urgently, or India will miss out both the economic opportunity as well as the strategic technology opportunity.

In 1960’s, India did try the first method of getting global experts to build a fighter aircraft, in the form of getting the legendary German aircraft designer, Kurt Tank, to build Asia’s first post-World War II aircraft – the HAL HF-24 Marut. It was designed to be a supersonic aircraft. It played a key role in the heroic battle of Longewala, before being retired due to its under-powered engines and its economics. There were no known attempts to continue the development and the initiative died out. It had taken over a decade to build the Marut, even with the involvement of the very capable Kurt Tank.

Tejas, the next major attempt for development of a fighter aircraft, took 20 years before its first maiden flight, and 35 years before it could be inducted into the Airforce. In parallel, a civilian 9-14 seater aircraft was also started to be developed. This was the Saras initiative. Even after 20 years of development, including mishaps that killed many of the scientists and engineers involved, Saras is not yet near production. In addition to the funds spent for development, another Rs 6,000 crores has been earmarked for its production. It is a long and expensive process. And Saras will still not cut it in the global market.

There are also other initiatives for indigenous aircrafts, including the 2-seater Hansa which also has taken over 30 years to built, the 5-seater NAL NM5, of which only 1 was ever built in 2011 and the 80-100 seater HAL/NAL Regional Transport Aircraft, which has already taken 15 years to develop, and will certainly not see the light of day before a 20 year development period.

From all the above experiences and attempts, it is quite clear that developing a single aircraft takes decades, and developing a fleet of aircrafts of different sizes and capabilities will take well over half a century, if not more. Can India afford to wait such a long time in order to have an aircraft manufacturing industry of any significance? Clearly no. So, what are the options that India has?

Fortuitously, one of the major global aviation players, Embraer of Brazil, is available for acquisition. It has a full range of aircrafts in production, with a customer pipeline and strong MRO capabilities (MRO is the equivalent of “after-sales-service” and is the key mechanism by which aircraft manufacturers earn their profits). Embraer was being taken over by Boeing earlier last year, till the deal fell off in the face of the Wuhan virus pandemic, opening up a god-sent opportunity for India to acquire Embraer and leapfrog into the global aerospace industry.

And what happens if India does not acquire Embraer? What happens to Embraer? Clearly, Embraer needs to be acquired. If India does not acquire Embraer, it would be India’s northern neighbour, China, who would salivate to acquire the asset, as China too struggles to gate-crash into the global aerospace market. Embraer falling into the hands of China, would have deep strategic impact on India, which India will not be able to counter for at least the next 100 years, if not more.

By the way, it would be important to keep in mind that the DRDO’s indigenous AWACS already use Embraer aircraft as their platforms.

It is therefore absolutely critical that India acquires Embraer. However, the question is what mechanism does India use to acquire Embraer? Would it be through an Indian private enterprise that India can acquire Embraer? Unfortunately, the balance sheets of most large Indian players/ conglomerates, are already stretched. Some like Mahindra, have strategically exited the aircraft manufacturing sector. Tata’s do not have the appetite to make such a large acquisition in this sector. Others do not have the skill set to make this acquisition a success.

Under these circumstances, India must use its PSU’s, such as HAL, to acquire Embraer, and then possibly divest it to an Indian entity at a later stage, through a transparent process, thereby also making money for the exchequer. Only the government has the ability to de-risk the acquisition, thereby reducing the cost of the acquisition.

India should not get caught in economic philosophies of whether government enterprises should play a role in such acquisitions or should such acquisitions be done only through the private sector. India should take definitive steps, indifferent of economic philosophies, to take advantage of this once in a century opportunity presented in the form of Embraer. Paraphrasing Deng Xiaoping’s quote on the ability of a cat being able to catch a mouse, irrespective of its colour, it does not matter if the acquisition is made through a private enterprise or through a PSU, as long as the acquisition is made by an Indian entity.

(Dr Jaijit Bhattacharya is President of the Centre for Digital Economy Policy Research. Views expressed are personal and do not necessarily reflect those of Outlook Magazine.)