On near-daily basis, women have to strike constant balance between work at home and work ‘outside’ and thus, they are disproportionately afflicted with time-poverty. 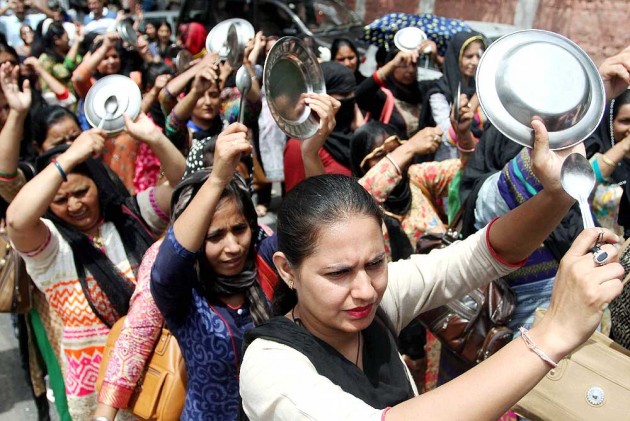 The washing machine spins on yet another cycle. There’s a long discussion with the cook about what needs to be made that day before heading out of the house. After returning from college, standing in front of a hot stove, the dog’s food is prepared. Clothes are pulled from the wash and hung on the clothesline. The dog is taken for a walk. After the last bit of a homework assignment is completed, the clothes are taken off the clothesline, and sorted into piles. This is an average day in the life of my brother. He has done chores around the house for as long as I can remember; and easily accepted that my work assignments often mean that he has to fill in for mine as well. In addition to all this, he frequently enjoys having casual discussions with me about time-poverty — “Didi, our society systematically devalues a woman’s time!”

The constant balance between work at home and work ‘outside’ is struck on a near-daily basis by women everywhere. Women are disproportionately afflicted with time-poverty, and Indian women are among the most time-poor in the world — burdened with an incredibly high proportion of unpaid and domestic work. In this context, it becomes important to understand how domestic chores impact women’s ability to participate in the formal labour force, and what we need to do in our homes, for women to have the choice to work outside them.

The COVID-19 pandemic is impacting women’s work in a number of ways, with companies shifting to the ‘work-from-home’ model to mitigate the spread of the novel coronavirus. In the short-term, there have been reports of a disproportionate burden on women across the world who now have to balance careers with additional domestic chores. In the long-term, however, as economist Dr. Ashwini Deshpande points out, “only time will tell” whether this will exacerbate existing social norms that hold men back from domestic work, or normalise sharing domestic work regardless of gender.

However, even prior to the pandemic, time poverty has been an issue for women across the world. The first crucial aspect to consider is, therefore, the burden that the inequitable distribution of domestic chores place on women’s time. Apart from decreasing personal leisure time, this also translates to less available time for women to access opportunities in the formal workforce. Even when they do access it, women often report needing more flexible hours, and work-from-home days. This is, in part, because the responsibility of domestic work is seen as being a woman’s domain.

In India, as in several other parts of the world, there tends to be a social expectation that household work is women’s first priority, while for men it is something they do in addition to their ‘work.’ As pointed out by a 2020 Oxfam study, this not only disproportionately burdens women with domestic work, it also makes men shoulder a greater burden for paid work. Thus, the second, equally pressing concern is that not being in the formal workforce results in lowered “human capital in terms of education, skills and health” for women. This has long-term repercussions for their decision-making ability. Contributing to household finances has been known to provide women a path to greater participation in decision-making at home. Not being able to access work hinders the ability to exercise that choice.

The third issue is that of access. Access — to both infrastructure and support systems — has a key role to play in creating an atmosphere that encourages women to pursue successful careers. For instance, in the third episode of the Women In Labour podcast, Twitter India and South Asia Policy Director Mahima Kaul talked about her own success story with work after maternity leave — saying that it was because of her support system at home that she was able to function to the same standards as she did before having a baby. Similarly, access to affordable daycare and creches plays a vital role in getting women to the workplace. In episode 11 of the same podcast, sisters Pooja and Khushboo Jha discussed the positive impact that their neighbourhood creche had on their ability to go out and work as an ASHA worker and a primary school teacher respectively.

Meanwhile, even though India’s Maternity Benefit (Amendment) Act, 2017 makes special provisions for creches, in recent years, there has been a drastic drop in the number of creches under the National Creche Scheme. As of March 2020, the number of creches under the scheme stands at 6,453, in stark contrast to 2015, when it was23,588. This reduction in numbers could have a massive impact on women who wish to access job opportunities. Moreover, despite having a generous — and well-intentioned — 26-week national maternity leave policy under the same Act, India remains one among 90 countries across the world that have no national policy on shared parental leave. The resounding implication of this is that institutionally, the role of fathers in care-giving is not afforded the same importance that maternal care is. This also creates unintended consequences, particularly given that the government does not subsidise this paid maternity leave. This results in companies being reluctant to hire women.

Institutional frameworks must, therefore, be cognisant of social realities even as they provide forward-looking reforms. Without equal access to support for domestic duties, positive stories of women achieving career success risk becoming anomalies, and not the norm.

Across episodes of the Women In Labour podcast, when asked what was the one thing listeners could do to their everyday lives to keep women in the formal workforce, a number of guests replied that getting boys to contribute to domestic chores is essential. This is perhaps because gendered expectations also give children a roadmap for their own expectations of the future. In teaching our sons to take responsibility at home, we can raise our daughters to have ambition and pursue goals outside the home.

My brother was raised by a single mother, and is getting his MA in Gender Studies— so he understands, better than most, the struggles that women go through when it comes to balancing children and a professional life. To me: he is living proof that distributing household work, regardless of gender, can change everything. When asked why he thinks boys and men should ‘share the load’ at home, he says, “How can we have equality if everyone does not pitch in equally? We are all in this together!” We are; and the sooner we realise this, the better we will all be for it.

This is Part 5 of a five-part series on Women In The Workforce.