Lockdown As A Strategy Is Past Its Usefulness. TIme To Reopen Safely

Lockdowns were brought with good intentions. Probably it was the right thing when first implemented. But it is time to end lockdown. 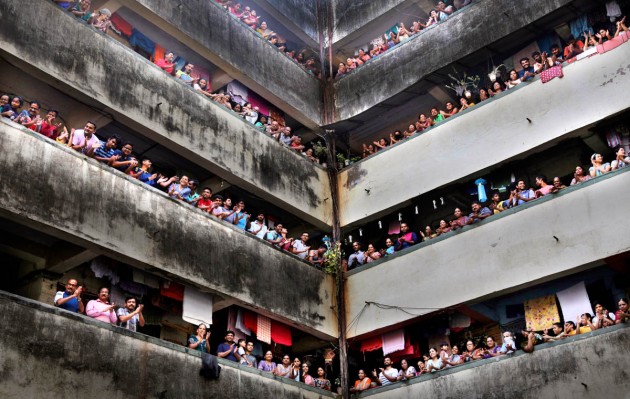 I joined millions of citizens in welcoming wholeheartedly the 21-day lockdown on March 24 announced by the Prime Minister. The World Health Organization (WHO) had already declared the new coronavirus disease, COVID-19, as a health emergency and a pandemic, on March 11. By then 118,000 cases in 114 countries, and 4,291 people had lost their lives to COVID-19. Many public health authorities feared that the new disease could be as lethal as the 1918 H1N1 influenza pandemic that killed more than 50 million people. WHO first announced a ‘mystery pneumonia’ on 31st December 2019. Since then, the media have been following every step of the journey of the new disease. Lockdown 1, therefore seemed the appropriate response.

Early in the pandemic, it was believed that the new Coronavirus could spread rapidly, could potentially infect about 85% of the world population, most of those infected would have symptoms and carried a high case fatality rate in the range of 3% to 5%, with WHO putting the figure at 3.4%. This set the alarm bells ringing. At around the same time few countries (Italy and USA) and specifically few regions (Lombardy and New York City) in these countries were badly hit by the virus and hospitals were swamped by the influx of patients with suspected COVID-19. This truly overwhelmed the already stretched health system. Sadly, television channels converted  this to a reality show

The Imperial College in London forecast that an unmitigated epidemic may result in 510,000 deaths in Great Britain and 2.2 million deaths in the United States. This report sent panic waves across countries and jarred the UK and USA to act, although many had warned that the report’s projections should be treated with caution. China had taken an extraordinary step of locking down millions of people ahead of their Lunar New Year. Aggressive actions in South Korea too showed that ‘lockdown’, as they have come to be known now, have prevented explosive outbreaks. The world jumped at it. Country after country went into shutting down all activities. This strategy, known as suppression, aims to reverse epidemic growth and reduce case numbers to low levels. But maintaining that situation indefinitely would require the measure to be followed for many months or even years.

In the last 3 months, the world has gained a much better understanding of COVID-19. Evidence suggests that the SARS CoV2, the new coronavirus, is less deadly than first appeared. The disease is not as lethal as initially feared. The Centre for Disease Control in the US has brought down the infection fatality rate to 0.26 % and others have suggested a fatality rate in the range of 0.02% to 0.86% (median 0.26%). That is good news.

Available data indicate that a large proportion of those who are infected with the virus remain asymptomatic. Undetected infections are the vast majority. The people infected outnumber those detected to be positive on testing by anything from 5 folds to 500 folds. There is a steep age gradient with regard to mortality. The risk of dying from COVID-19 is much higher than the average IFR for older people and those with co-morbidities, and much lower than the average IFR for younger healthy people, and nearing zero for children. Of the 410,000 deaths recorded globally as on 6th June, the median age was found to be ~80 years, while the average age of death in the 1918 flu pandemic was 28.

Epidemic forecasting is difficult and has a dubious track record. In the case of SARS-CoV-2 pandemic too, forecasting has largely failed. Prediction of cases for India has gone completely awry. The Centre for Disease Dynamics, Economics & Policy (CDDEP), predicted that 12.5 crores to 25 crores of the country’s population could be infected and 1% of them would require hospitalization. The model also predicted that it will peak around mid-June or April depending on how effective the control measures are. As on June 28, recorded cases number at 546,771 and recorded death at 16,459, with daily deaths in the range of 350. The number of new cases has shown a sharp rise, but there is no corresponding rise in the number of deaths and has been around 350 daily. It is sad that the coronavirus panic ignores the fact that 25,000 people die daily in India due to causes other than COVID-19.

India is said to have the dubious distinction of having implemented the world’s strictest lockdown. While announcing the first phase of the lockdown, the Prime Minister said that it would take 21 days to win the war on coronavirus. Three months since then, we seem to be dithering on how to handle the pandemic. State governments are announcing looser versions of lockdown. India copied measures taken by rich countries with different health infrastructure and health care systems.

The cost of lockdown is immense. Hardest hit are the poor and migrant labourers and plenty has been written about their plight. But the poorest have accepted their situation as fate and there seems to be little protest. The Economist has called the economic impact of COVID-19, the ‘great reversal’. A working paper from King’s College London has highlighted the worsening crisis in developing countries and the devastating economic consequences of prolonged lockdowns. India’s strictest lockdown probably has caused the most severe economic damage. Government’s strategy of continuing with lockdown, removing choices from individuals and businesses is seriously damaging many aspects of people’s lives. Most affected are the poor and marginalized. Millions have lost their jobs. India’s story of lifting millions out of poverty was globally celebrated and took decades. Lockdowns and shutting down the economy could push millions into poverty, reversing the efforts of the last several decades.

For India, it has been a long and arduous battle against malnutrition with nearly 40% of the world's malnourished children living in the country. India was making slow but sure progress in reducing undernutrition. POSHAN Abhiyaan, the National Nutrition Mission, was making good progress and there was a glimmer of hope that many states in the country would achieve the World Health Assembly targets for nutrition. But there is sure to be a huge slide back of the progress as the near exclusive focus on COVID-19 and collateral damage due to prolonged lockdown. As essential services are disrupted and as family income falls for most of the population, there is a real danger of increase in maternal and child mortality. Women are last to benefit when the going is good and the first to be sacrificed when things are going poorly. Nutrition of women during pregnancy is closely linked to pregnancy outcome. Negative effects are long-term and intergenerational. We must act to prevent this unfolding tragedy. Policy responses aimed at containing COVID-19 must ensure that routine services for all mothers and children are available and accessible. Appropriate social protections would be required to mitigate the impact of economic shock.

Lockdown was justified initially as a desperate measure when we knew very little about the new virus. But, now that we know more, we should move away from the draconian measures. Shielding from COVID-19 should be stratified by risk

Lawmakers and bureaucrats should focus on ramping up health care facilities, reigniting the economy, rehabilitating the unemployed. Government’s priority should be to ensure that SafetyNet programs are run efficiently and cover the most vulnerable populations in vulnerable geographies. Government’s effort is getting dissipated in controlling population behaviour, dictating to industry on what to do and how to open up. People in their self-interest will take reasonable steps to protect themselves within the constraints of their situation. The poor manage risks every single day and we must trust them to do what is best for them. Support them with right information and enabling conditions for all to be able to adopt preventive measures.

Lockdowns were brought with good intentions. Probably it was the right thing when first implemented. But it is time to end lockdown. Continuing it costs more lives than it saves. However, we must ensure that we don’t drop our guards. Mitigation strategy to slow down spread of virus should be fully supported and continued.

Predictors of mortality are available and results from OpenSAFELY and other studies should be used for risk-stratification while opening schools and the economy. The virus is not going to disappear soon and we need a sustainable strategy. India needs a strategy that fits its context. We need to adopt the stratify and shield strategy along with other public health measures to minimize spread of the virus. The objective should shift from reducing pandemic deaths to saving lives on the whole. Although health is a state subject, this pandemic would warrant a uniform, well thought out and data-driven policy for the country. The Indian economy is estimated to record negative growth in 2020-21 for the first time in 40 years. We need to reverse this as soon as possible to save lives and not just corona deaths.

(The author is Programme Director, Nutrition, TATA Trusts. He is a physician by training and has practiced for 3 decades. Views expressed are personal)