Was lockdown really the best option? Was enforcing it from midnight, just four hours after the PM Modi’s televised address, the right thing to do? 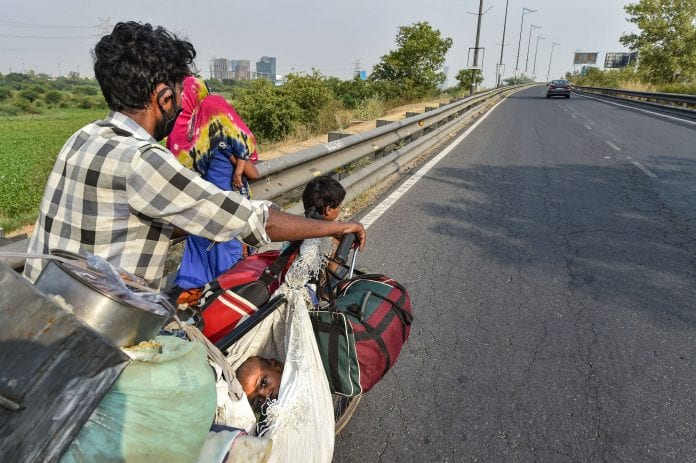 On March 24, Prime Minister Narendra Modi, in an address to the nation, announced a nationwide lockdown for three weeks starting midnight. His 8 pm national address resembled the same pattern as his 2016 demonetisation speech. I have often wondered about the similarities between announcement of demonetisation and nationwide lockdown to fight a mysterious enemy who could be found in any street, home, hotel, shop, or cinema hall. Was lockdown really the best option? Was enforcing it from midnight, just four hours after the PM’s televised address, the right thing to do? There may have been some justification for sudden demonestisation announcement, but why this shock and awe regarding the battle which had to be fought by everyone?

Union Health Minister Dr. Harsh Vardhan, in a speech, quite rightly said: “Lockdown is an extreme intervention to break the chain of transmission.” He also said that the “government was aware of the repercussion on society, economy, and psychology.” These were the very reasons for which the citizens deserved a notice of at least a week.

Let’s not forget that over 100 countries across the world have implemented lockdown as a tool of last resort. I am sure you remember that when the lockdown was clamped on the midnight of March 24, India had till then reported only 550 positive cases and nine deaths. So, why did we choose to convert the tool of the last resort as a tool of the first resort?

Several scientists have said that lockdown ought not to have been enforced without there being an evidence of community spread. So even though the fear of community spread was in 175 districts (which had reported any confirmed case at the time of lockdown) out of total 740 districts in the country, there was little meaning in locking down the citizens across the country.

PM Modi, while announcing Lockdown 1.0, cited the example of the epic Mahabharata. He said Mahabharata war was won in 18 days, but the fight against coronavirus war will take 21 days. But now it’s been almost 70 days and the battle is nowhere near to being won. That itself is the most irrefutable evidence that lockdown has failed to serve the objective for which it was imposed. As of June 1, there have been a total of 1.98 lakh positive cases and over 5,590 deaths, according to the Health Ministry data. Till now there is no flattening of the bell-shaped curve. So, it won’t be wrong to say that apart from having failed in its objective, the lockdown may primarily be responsible for bringing the growth rate to below zero and the economy to a virtual halt.

The other tragic outcome of the Coronavirus is the sight of migrant labourers walking barefoot on roads and highways, even with the mercury level rising to 45 degree Celsius, to reach home. Migrants are no fools; they are the hardest of Indian stock who can brave the most cruel of living conditions. They are all proud Indians who earn daily bread through their blood, sweat and toil. But after the sudden lockdown, they found themselves without jobs. They braved the most inhospitable conditions created by sudden job loss and were left penniless and the landlords of their shanties forced these wailing families out on the roads. They were confronted with the choice of either going back home or staying out in the open in cities.

The spectacle of men, women and children braving the hot sun in the hope of reaching their homes seems to be the cruelest joke. We don’t yet have certified statistics of the number of migrants who lost their lives or got infected due to Covid-19. Some states prefer to play politics rather than offer a helping hand to make travel arrangements for the migrants.

When 1,040 buses were arranged privately for the migrants stranded in Uttar Pradesh's Ghaziabad, the state government gave an implied permission for 850 buses by specifying the number of those buses and after being satisfied with the name of the drivers. Even then, for 12 hours, the buses remained parked at the border and the stranded migrants were not allowed to board those buses and travel in comfort to their homes and hearth.

Some of the predictions made by experts and scientists about Covid-19 peak in India are uncomfortable and alarming. The predictions, which I hope are proven wrong, state that by mid-June India would catapult itself with the second highest Coronavirus patients in the world. It is also predicted that by August India could have more cases than the U.S. I cannot bring myself to be as pessimistic as this but nevertheless while we hope for the best we need to be prepared for the worst. I pray for God’s mercy and hope that these alarming predictions force us to plan the strategy to prove them wrong.