Locked In And Dreaming Of Sky

‘Aisi Raaton’ is a simple story depicting the universal plight of a young couple, stuck indoors, and perhaps a little upset with each other. 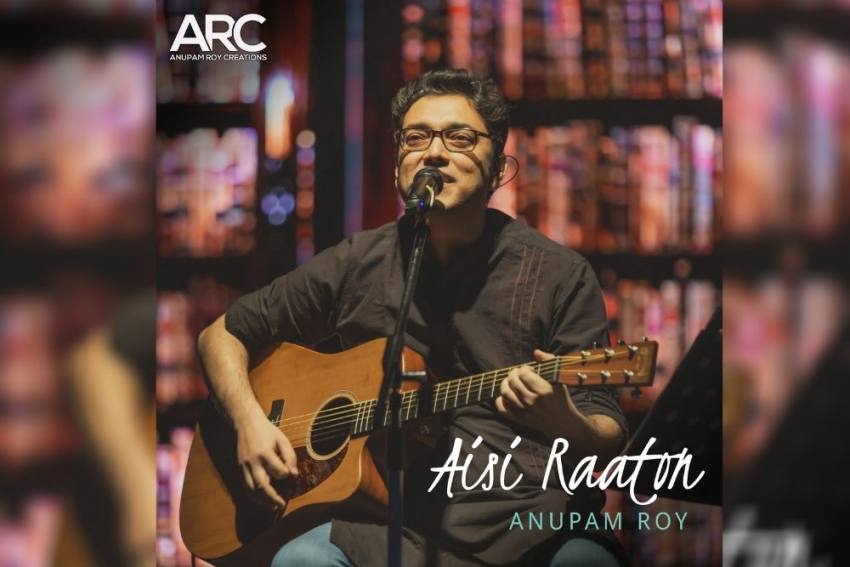 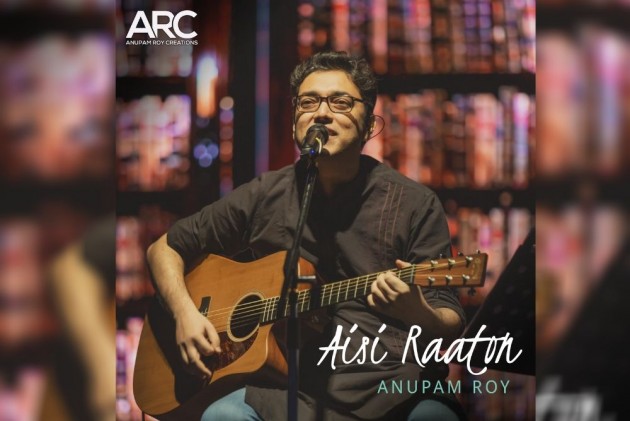 ‘I got bored of writing Bangla lyrics, so I decided to write this song in Hindi’, Anupam Roy says of his animated single released on streaming channels recently. Obviously boredom makes him strike out in new directions, for this is practically his first animated song video, that makes the most of the fact that he is trapped at home, like so many others, and longing for the freedom of pre-COVID days.

‘Aisi Raaton’ is a simple story (told in evocative visuals by an young team of animators Upamanyu and Kalp), which Roy says depicts the now-universal plight of a young couple, stuck indoors, and perhaps a little upset with each other, thanks to the stress that being locked-in has created. The tune is hummable, the words, though not wildly off beat, create images... I loved the line, ‘Khidki bhi to asman ka ek tukda hai’. It’s just the kind of song that listeners will find echoing their own thoughts. 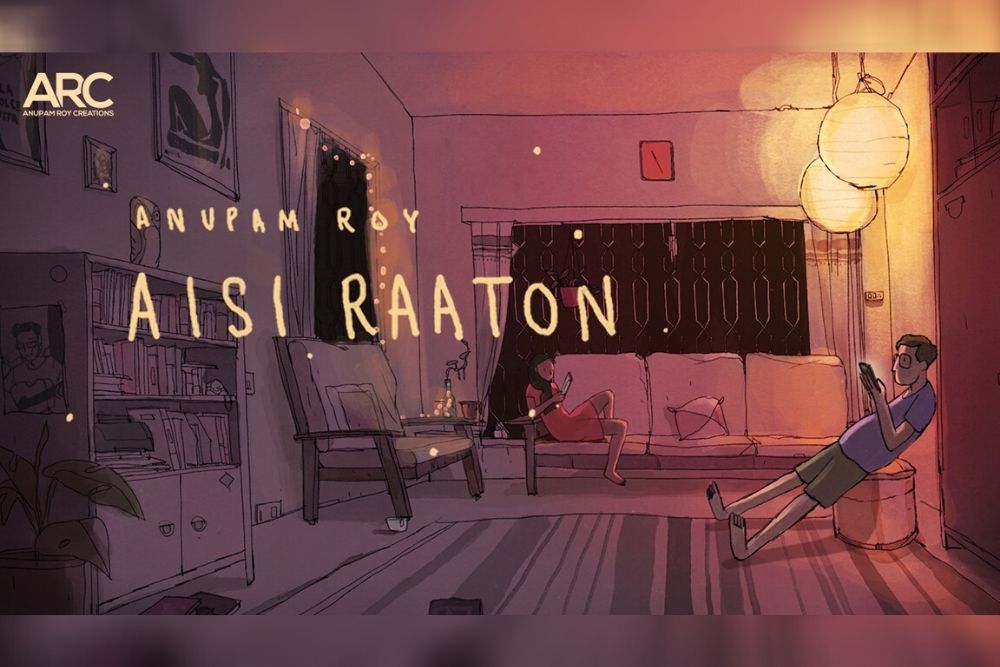 ‘I am slowly getting better in writing in Hindi,’ Roy admitted, adding that even for the songs of Piku, he took ‘editing’ help from a friend Manoj Yadav. ‘There were fewer corrections this time’, he says, sounding pretty pleased.

Do listen in, on Spotify where he has formidable ‘genuine’ likes, and on YouTube. It’s Roy’s way of keeping himself alive in the whimsical public memory while he waits for the lockdown to lift and work on his music for Sujoy Ghosh’s Bob Biswas to start again!

We can’t wait either, can we?

I listened last week to a singer and storyteller I have much admired. Raman Iyer, an intrinsic member of the Kabir Cafe, which he co-founded has kept himself active through the lockdown with very creative pursuits.

The programme I heard him on was titled Echoes of the Mystics, which he holds online every Sunday.

As the session theme was plant based, Usha Venkatraman, guest storyteller, narrated the endearing story of the Tulsi plant. When Iyer took over, he launched his story of the lesser known, often ignored brother of Krishna, Balarama, by drawing attention to some unnamed but often seen stone sculptures that stand in museums across India titled simply as A God. Using archeological evidence, he proceeeded to stage an impassioned session that mingled mytholgy with history, music and drama to highlight the role of Balarama as the patron god of agriculture and farmers. It was reminiscent of the dying South Indian art of Katha Kalakshepam, where the narrator renders  ‘discourses interpreting the religious and mythological texts of the past to the present and future generations in religious scriptures with musical ability.’ 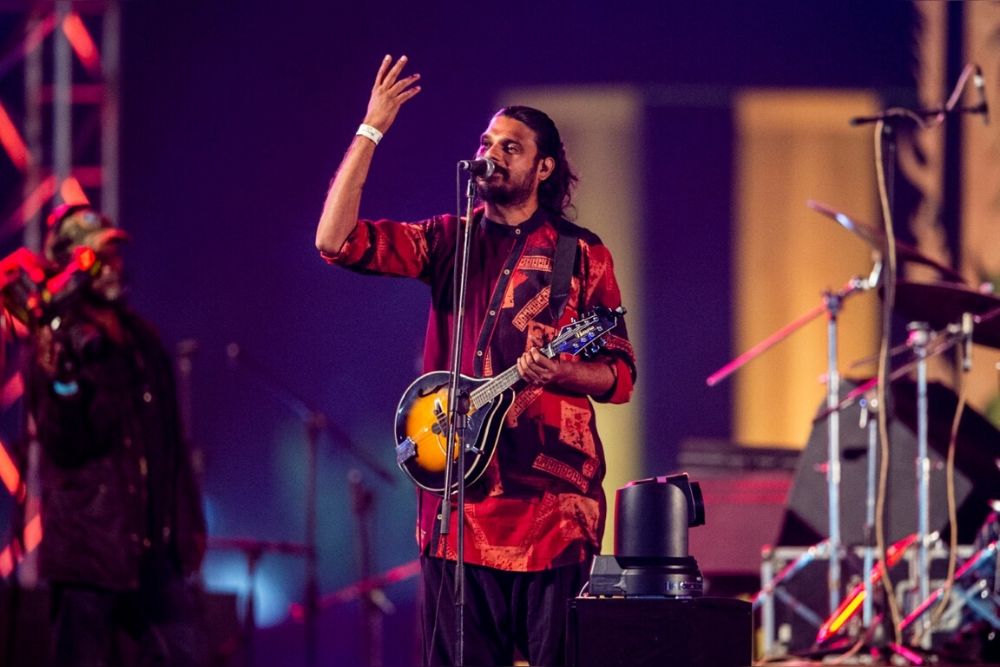 By the time he finished his narration, I for one, felt a new respect for the heroic but  simple, unassuming brother of the more radiant, all pervasive Krishna...Balarama, who was simple of heart and represented the divine energy of creativity in every farmer who brings the soil to  life and gets it to bear fruit and flower for our benefit. Balarama, as Iyer emphasised, remained taken for granted, much as our farmers too are.

Echoes of the Mystics has a special Guru Purnima session coming up. For those interested, this Sunday, July 5 at 4pm, the session is dedicated to the best teacher: Poetry.

Karmic Hero of the week : MANZIL MYSTICS - A musical group using poetry and music to educate and evoke social consciousness along with gender sensitization and menstrual hygiene to children of lower income group schools.

Madhu Raghavendra is the founder of Poetry Couture, a poetry movement that has created free spaces for poetry in many cities of India, including North East India. He has authored two books of poetry, Make Me Some Love To Eat, and Stick No Bills, which was awarded the Best Poetry Manuscript Award by Lit O Fest, Mumbai. He was shortlisted for the Humphrey Hubert Fellowship Award and was a resident artist at Basar Confluence, one of Arunachal Pradesh’s first artist residency programmes.

The poster says the rest. 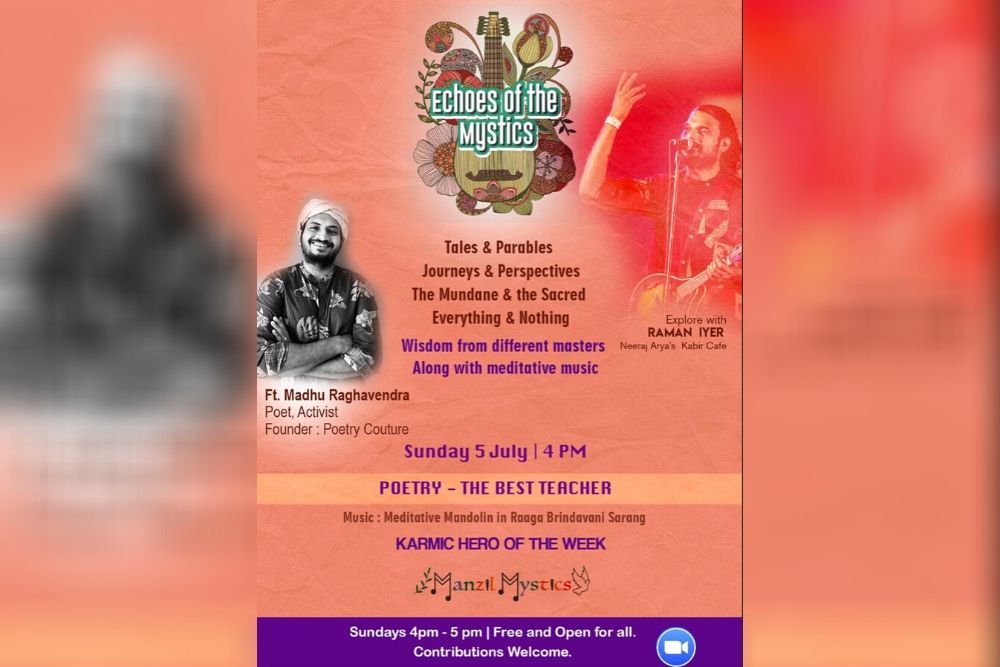 To attend, register free on : tinyurl.com/echoesofthemystics