There needs to be a mechanism to ensure that during national emergencies, Indian citizens from any part of the world can be swiftly and safely evacuated whenever called for, writes Ashwani Lohani, former Chairman and Managing Director, Air India. 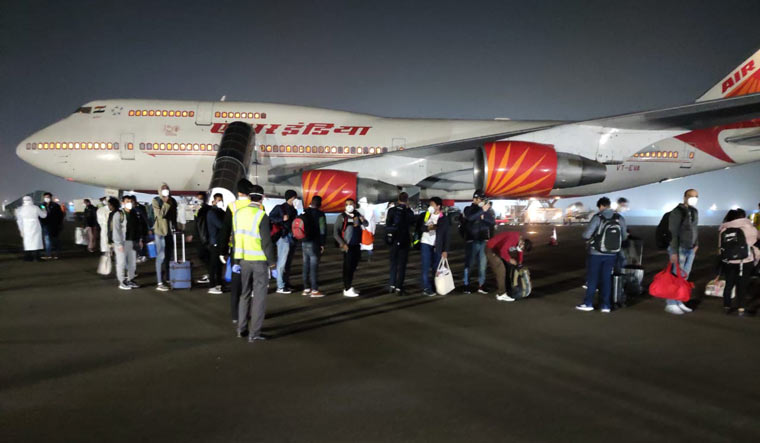 It was a cool wintery morning on January 30, 2020 when ESO, a Boeing 747 aircraft of Air India was getting readied for the first flight to Wuhan to evacuate stranded Indians, mostly students who were caught in the epicenter of the storm ignited by the Coronavirus, a storm that was till then confined to the Hubei province of China. Captain Kamal Mohan was in command and the entire team of cabin crew, pilots, engineers, commercial and ground handling staff were in high spirits and bubbling with enthusiasm. I could sense nationalistic fervor as I shook hands with each one of them within the confines of the spacious interior of the Jumbo as 747’s are fondly referred to. This was followed by a group photograph on the step ladder, a picture that had all smiles.

That it was a national call they were responding to, the Air Indians knew very well and the nationalistic fervor with which they said Jai Hind, not once but thrice during my visit before departure said it all about the airline that I was then heading. Not one of them had expressed a disinclination for this mission that all of them proudly went for even at a great personal risk to their well-being.

And it was not the first time that the men (and women) of the much-maligned airline responded so enthusiastically, quickly and with pride whenever the nation needed it to airlift Indians during emergencies. The airlift from Kuwait in 1990, Yemen in 1994, UAE in 1996, Saudi Arabia in 1997, Kuwait in 2003, Cyprus in 2006, Libya in 2011, Egypt in 2011, Tunisia in 2014, Yemen in 2015, Nepal in 2015 and the recent flights to Wuhan and other countries in the aftermath of the Coronavirus says it all about this airline that has always proudly lived up to its role as the national carrier of India. And it was not only for beyond the shores, but airlifts within the nation were also necessitated at times due to natural calamities and it was always Air India that the country turned to on such occasions.

At one call the men and machines of Air India have always stepped forward during national emergencies whether it has been a war scenario, a viral outbreak or natural calamities. The national carrier and its men always took pride in coming forward for a national cause.
Air India has always been a great airline and is still the country’s largest international carrier. Airlines being the highest on technology, regulation and safety and lowest on margins are easily the most complicated of all businesses. The national carrier also had a handicap of having to compete with its private sector counterparts despite being saddled with massive process and oversight related constraints.

Running commercial enterprises within the confines of the governmental processes and systems is a herculean task and perhaps the word “disinvestment” emerged due to this warped reality. The hard realization that has emerged over time is that a transfer of ownership to the private sector is inescapable if the full potential of many of the public sector enterprises is to be realized.
Yet, before Air India, the national carrier changes hands, a mechanism would need to be put in place to ensure that such national emergencies can be catered to and Indian citizens from any part of the world can be swiftly and safely evacuated whenever called for.