Had there been an aggressive propaganda to counter vaccine hesitancy, perhaps India wouldn’t have lost so many lives to Covid 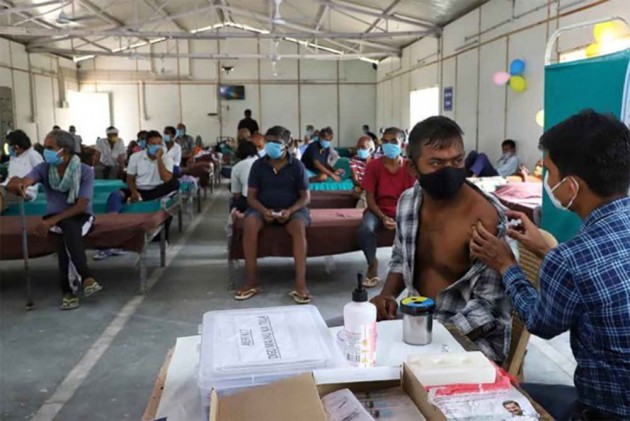 As the second wave of the Covid-19 pandemic abates in India, it leaves behind a country in collective grief. It was heart-breaking to see that families had to make a choice between which relative to save: older or younger, grandmother or grandson, aunt or niece. Inevitably, it was the elders who had to sacrifice their lives to save their future generations. India’s famed and revered joint family structure, in which being there for one another was an article of faith, completely collapsed. Caregivers, whose kin were admitted to hospitals, had to endure the ordeal alone as their loved ones stayed away, for fear of getting infected.

To make matters worse, thanks to a palpable vaccine hesitancy, there were many who did not get a jab. Perhaps they fell prey to the propaganda that vaccines caused blood clots, fever, and thrombosis. The question then is: did we do enough to combat this misinformation? My sense is we didn’t. Had there been an aggressive awareness campaign to counter this propaganda, perhaps so many lives wouldn’t have been lost.

Without doubt, the epicentre of this second wave was Delhi, which cracked under deaths and despair. TV news bulletins were filled with stories of how people had to ferry their mothers, fathers, or grandparents in autorickshaws because there were no ambulances. By the time they reached a hospital, the person had died. Worse, those who did get a bed died because the hospital ran out of oxygen supply. We cannot and should not forget those haunting scenes of bereaved relatives crying uncontrollably, shocked at the news that their loved ones are no more.

I experienced first-hand how the city’s healthcare infrastructure collapsed completely. For nine days, I got frantic calls pleading with me to arrange a hospital bed or oxygen cylinders. I got desperate calls at 11.30 at night from people at crematoriums, waiting to cremate their loved ones. They wanted me to help them get a spot to perform the last rites for their relatives. A close friend of mine helped cremate bodies of unknown persons because, she told me, their relatives refused to do so. Younger members of a family feared that they’d get infected and the elders were too vulnerable to be allowed to go. One can’t even imagine the trauma of these people. First, they had to endure a 3-4 week ordeal at hospitals all alone and then, they couldn’t even see their loved ones go. Those who succumbed to this horrible disease didn’t get the dignity they deserved.

It was during this horrible time that my mother got infected with Covid. Attending to her in a Covid ward, in a private hospital (Medanta) near Delhi, I learnt that only a comprehensive plan for patient care could defeat the virus. My doctor (Dr.Sushila Kataria and her able team) took a holistic view of what coronavirus could do to elders and prepared the course of treatment accordingly. It went beyond crafting symptom-specific responses, like administering Remdesivir, doing plasma therapy or prescribing Fabiflu. The plan went far beyond that. On other hand, it was terrifying to hear people administer 500mg of steroids at home – a life-threatening dosage. When she was given 40 mg of these steroids, my mother’s sugar levels shot through the roof!

A few things have emerged from this crisis. First, some doctors and healthcare workers did get Covid care right. Nobody knows how, but they did. Yet, at the same time, patients and/or their loved ones were running helter skelter looking for medicines and drugs which wouldn’t work. Second, what is the future of a family structure in which people can’t help their elders? Third, the biggest travesty is that people were not able to grieve the death of their loved ones. What can we, as a society and a country, to redeem ourselves?

Doctors and scientists have made it clear that the third wave of Covid-19 in India is imminent. Some have suggested that when it comes, it will affect children the most – especially those who have lost both their parents. We’re staring at a scenario in which desolate and orphaned children, traumatised by the death of their parents, run the risk of getting infected. How will we be able to protect them? The only hope lies in mass vaccination. It is heartening to hear that the government will be able to vaccinate all Indians by December 2021. But for that to happen, there needs to be an aggressive publicity campaign that counters the misinformation about vaccines.

As India prepares to battle a possible third wave, other countries have offered her much-needed help, in the form of ventilators, oxygen concentrators and medicines. But I wonder: do these things mean anything for those who’ve lost their loved ones? Will they ever get the closure they deserve? Their loved ones might not return but the medical fraternity should craft a plan on how to tackle Covid. Not just for the third wave but for the longer future ahead of us.

(The author is a member of CBFC and an Indian actor who has worked in films like Chalte Chalte and Dushman. Views expressed are personal and do not necessarily reflect those of Outlook Magazine.)