With foreign policy now reduced to a plaything of domestic politics—as a tool to target rival parties and political leaders and select minorities—media has chosen to extend the divisive hate politics and prejudices, including racial and ethnic bias to the foreign front. 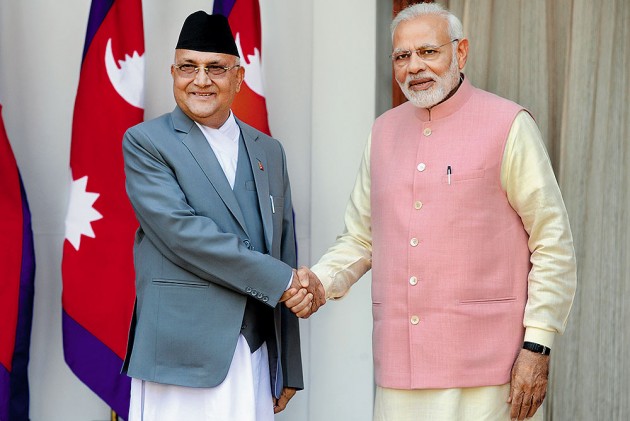 As India’s relations with Nepal, alongside that with China and Pakistan, take a dive, Indian media—barring a few conspicuously honourable exceptions—is plunging even lower.

Given the way that media, especially some leading TV “news” channels, disgraced themselves with shameful and base slander in the name of “reports”, it was no surprise that Nepal chose to effectively ban all Indian news channels, except Doordarshan from the evening of July 9.

With foreign policy now reduced to a plaything of domestic politics—as a tool to target rival parties and political leaders and select minorities—media has chosen to extend the divisive hate politics and prejudices, including racial and ethnic bias to the foreign front. In the case of Pakistan, that has always been obvious. Now these same impulses of domestic politics and rank prejudices serve as the prism for viewing India’s other neighbours such as Nepal, and China.

Nepal is a soft and easy target. Few in India recognise that regardless of the country’s size, its independence, sovereignty and territorial integrity ought to be respected; as should its sense of being a nation-state, its culture and its people’s identity and dignity. It is assumed that Nepal has no image to uphold as an independent nation-state with its own interests and that, at all times, it must kowtow to India’s expectations. This attitude and approach towards Nepal has driven the Himalayan nation to embrace China. Indian insensitivity has steadily worsened India-Nepal ties over the last five years, and the worst is yet to come.

It was absolutely the pits for Indian media to reduce the recent strains in India-Nepal ties to crude allegations of Nepalese Prime Minister K P Sharma Oli being compromised in a “honey trap” by Chinese Ambassador to Nepal Hou Yanqi. Ever since Nepal altered its political map, thereby locking India into a needless boundary dispute, Indian media has been vicious in its personalised attacks on Oli. Accusing Oli of being bought over by China, honey trapped and manipulated by Chinese Ambassador Hou are among the more printable of the scurrilous reports being purveyed in India.

Predictably, these misogynistic and disgusting reports and slanderous posts in social media have provoked outrage in Nepal. Government and party officials have protested and Nepalese Ambassador Nilamber Acharya took up the issue with officials of the Ministry of External Affairs, saying that such “objectionable and deplorable reports harm age-old ties between the two countries”. Sadly, none of the officials in India, diplomatic or of political stature, spoke out against these scurrilous reports or reached out to the Nepalese.

This is not the first time that Indian media outlets have amplified and broadcast scurrilous and tendentious reports to help advance India’s perceived political, security and diplomatic objectives in its relations with Nepal, little realising that such “interventions” ill serve India, Nepal and bilateral ties.

These media outlets seem to be resentful of Nepal, particularly Oli, for standing up to Modi sarkar. In recent history, this may be traced to Indian media being turfed out of Kathmandu for its jingoistic “coverage” of the earthquake in April 2015 that killed 9,000 and rendered tens of thousands homeless. Indian media focus was on what and how much India was doing for quake-hit Nepal. India loomed larger than the trail of death and devastation in the insensitive and self-congratulatory ‘reportage’ bordering on “disaster tourism” wherein stricken victims were mercilessly ‘captured’ for the camera.

Then came the rebuff—on the eve of Nepal notifying its new constitution— when Foreign Secretary S Jaishankar was sent to make Kathmandu put off the event until changes wanted by New Delhi were incorporated in the statute. The unrest in Nepal over the constitution saw the Terai region being cut off. Nepal was left with no choice but to sign deals with Beijing for supply of essentials like oil and medicines to sustain the country’s lifeline that was being choked. Nepal accused India of imposing an “economic blockade”. As the issue got internationalised, Oli refused to back down. India and Nepal clashed in the United Nations, where Oli termed the blockade “an act of inhumanity worse than war”.

Thereafter, Oli was ousted as prime minister. Not one to give up easily, Oli rallied his forces, unified the communist parties and won the next election handsomely to make a stunning comeback as Prime Minister. In Oli, Modi had met a Tartar. The new, muscular Hindutva India finds this hard to digest.

Powerful sections of Indian media mirror the rancour, mistrust and bitterness flowing from the refusal of Nepal, mainly Oli, to acknowledge the supremacy of Big Brother India. The falsehoods and fabrications of these media show that their bankruptcy is not limited to the financial.

(The author is Editorial Consultant, WION TV. Co-editor of the book ‘State of Nepal’ (2002), he has been travelling to and writing on Nepal for 30 years. Views expressed are personal.)