There are now as many as 47 members from disadvantaged communities in the 77-member Council of Ministers. 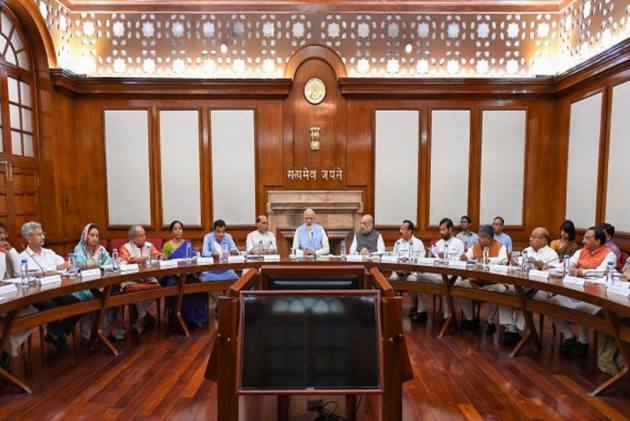 The Cabinet reshuffle undertaken by the Narendra Modi government is significant for various reasons. While the induction of new, exceptionally qualified, Ministers with varied backgrounds, and some high-profile exits, has been noticed, equally important is the thrust on a socially equitable representation of various castes and communities in the Modi 2.0 government.

Naturally, this will be linked to politics and political messaging. But there is a larger underlying social message in all this as well – that of inclusion and integration.

For a political party that is now India’s pivot and the world’s largest, this can be seen as an example of its all-encompassing social philosophy. And to think that only in the 1980s, it was perceived to be a front of a few upper caste groups! The party has indeed traveled quite a bit of distance since then.

The book “Social Harmony" by Narendra Modi, edited by Kishor Makwana, (Prabhat Prakashan, 2008) provides interesting insights on the PM’s views on the subject, since his days as CM. Two different passages from the book merit attention in today’s context.

In one of the references, Modi quotes Babasaheb Ambedkar’s vision of casteless society and says: “Dr. Babasaheb gave us a message of love and equality. His dream was for the creation of a casteless society, meaning thereby that that whole society unites harmoniously without any difference of high and low castes”.

In another passage, he talks about Swami Vivekananda’s harmonious approach towards the political system.

“Swami Vivekananda showed the path for eradicating the evils of society based on religion, love, and mercy. He also envisaged a political system based on harmony for the progress of society,” says the passage.

“Swami Vivekananda predicted: ‘Over the ages, the Brahmins, Kshatriyas, and Vaishyas, have been in power. It is time for the lower castes to come to administrative power and nobody will be able to thwart it,” says another passage.

The theme of “harmony” and “harmonious co-existence” runs through all Hindu thinkers – much in contrast to the Marxist school’s emphasis on “conflict” -- as they interpret Vivekananda, Gandhi, Ambedkar, social reformers, and RSS leaders, in their quest for an equal society.

Former ABVP and now top RSS leader Sunil Ambekar in his work “The RSS: Roadmaps for the 21st Century” (Rupa, 2019) underlines the governments and the PM’s emphasis in the current context.

He writes: “When the PM of the country washes the feet of the sanitation workers or picks up a broom for a cleanliness drive, it is a lesson on their importance for the entire society… The Swachh Bharat Abhiyan of PM Modi signals this new social order by shedding light on the sanitation worker”.

The gradual but steady movement towards an equal and inclusive social order has been captured by social scientist Badri Narayan in his “Republic of Hindutva” (Penguin, 2021). Says Narayan: “The RSS is trying to bring Dalit and OBC communities within the Hindutva fold. It envisions a gradual fading away of caste identities by evolving a broader Hindu identity among everyone -- poor to rich, and Dalits and tribal groups to higher castes”.

The BJP, the RSS, and the Parivar have achieved many milestones in this journey.

Narayan, for instance, notes BJP’s and RSS’ initiatives to integrate Dalits and upper castes “by arranging community meals, opening schools in Dalit settlements, and organizing sensitization campaigns for upper castes”. “This has its beginnings in the early 1980s when the samajik samrasta campaign was launched in Maharashtra,” he observes.

The social scientist also notes political and social programmes like the one by Amit Shah, who as then BJP national president took part in caste rallies and meetings of various Dalit communities, in UP and Bihar, before the 2014 elections.

Ambekar, on the other hand, lists Ambedkar (“In 1986-87, the ABVP started a campaign that a photograph of Dr. Ambedkar is installed in every household”); Gandhi (“major movement to fight untouchability”); Savarkar (“In his essay ‘Abolition of Caste’, he wrote on untouchability”); Dr. Hedgewar (“caste discrimination had no place in Hindu society”); Guru Golwalkar (at his initiative and meetings with saints and shankaracharyas, a public vow was taken that ‘Na Hindu patito havet’ or ‘no Hindu can be impure’); and Balasaheb Deoras (“There is no greater sin than untouchability and it should go lock, stock and barrel”) as important contributors in anti-caste movement.

Ambekar then says that the current Sarsanghchalak Mohan Bhagwat has “given a clarion call that every village should have a common temple, a common source of water, and a common cremation ground”. He says that the Sangh is trying to reach out to every village to establish this idea.

The current instance of “social engineering” in the Cabinet reshuffle, then, is no one-off instance.

It, perhaps, reflects the BJP’s -- and the RSS’s and the brotherhood’s -- commitment to work towards a social order whether the hierarchical order goes away, and an equal Hindu social order, with harmonious co-existence, becomes the way of life.

Two initiatives can give a greater push to the project.

One, getting a Dalit priest at Ayodhya’s Ram Temple can be a big step forward, and the logical culmination of the process that was started by the foundation stone getting laid by a Dalit activist in 1989.

Two, a public acknowledgment that hierarchical caste differences and caste-based atrocities, especially on Dalits, must go. In the past, all the appeals from PM Modi have had the desired result. People listen to the PM, and this is beyond politics. His appeals, whether on Swachh India or giving up LPG and train ticket subsidies, have always worked. So, a call to make caste irrelevant, redundant, and to end all forms of caste atrocities, say, on “Mann ki Baat”, can work wonders.

Now, with a war on caste inequalities, it’s time that the BJP finished Ambedkar’s unfinished agenda as well.

(The writer, a JNU alumnus, is a political analyst. Views are personal. Feedback can be sent to skjthe@gmail.com)