It is important that the Centre explores every opportunity for the development of Kashmir and fulfil promises made by the authorities so that the people of Kashmir are convinced that New Delhi is concerned about them. 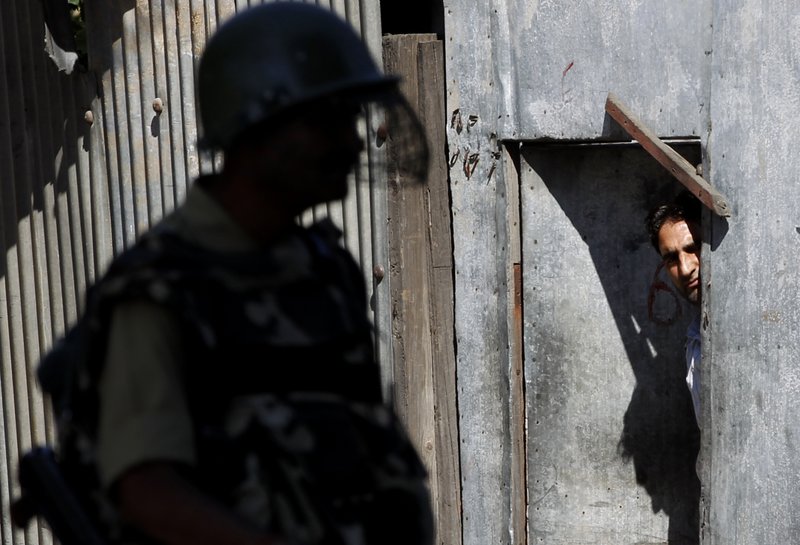 It has been one year since the Centre abrogated Articles 370 and 35-A of the Indian Constitution and bifurcated the erstwhile state of J&K into two Union Territories—Jammu and Kashmir and Ladakh. While Article 370 gave special status to J&K in terms of autonomy and exempted J&K from the Indian Constitution, Article 35-A empowered the J&K state legislature to define the erstwhile state’s permanent residents and their special rights and privileges.

Since Kashmir Valley had seen violent and prolonged public agitations in 2010 and 2016, which were marked by bloody clashes between stone pelting mobs and law enforcing agencies, many expected that the abrogation of Article 370 would have a major backlash in the form of widespread protests. However, it goes to the credit of the Narendra Modi-led BJP government that it took appropriate precautionary measures to ensure that the public wasn’t instigated into protesting by taking law into their own hands. Thus, even though the Centre imposed strict prohibitory orders on movement and placed curbs on internet and social media, these tough measures ensured that violence and bloodshed was averted.

Also Read: An Indefinite Article, A Year of Silence: Was A Historical Blunder Corrected In Kashmir…Or Another Committed?

The mainstream political parties in J&K always exploited the people of the state by using Article 370 as a tool to garner support for winning elections. But most Kashmiris were not aware that this article had been amended many times by successive state governments in the form of land grants bill and enhancing IAS, IPS quota, and the 2008 land row was one of its consequences. There was nothing favourable left for the people of J&K and the political parties remained confined to press statements and thus lost credibility amongst the masses. Time is a great teacher, but it seems that some people just refuse to learn—like National Conference (NC) president Omar Abdullah who declared that unless the statehood is restored, he would not be part of elections in J&K.

The government of India scrapped Article 370 so that the ‘one nation, one Constitution’ could become a reality and the move could usher in a new era of good governance, development and socio-economic justice in Jammu and Kashmir. Not many would have imagined the immense benefits of this decision—Prime Minister Narendra Modi dedicating 330 MW capacity Kishanganga hydroelectric power project located in Bandipora to the people of J&K is one such example.

The Hurriyat leadership, which had built an image to project themselves as true representatives of the people of Kashmir, was also exposed after the abrogation of Article 370. The separatists had already lost their credibility amongst Kashmiris since New Delhi came down heavily on them with the NIA probing their illegal money dealings. The NIA questioning Syed Ali Shah Geelani, who recently quit the Hurriyat conference, and his family members in terror funding cases made him even more vulnerable. Geelani’s sudden resignation did not arouse any public reaction, but many believe he accused the Pakistan-based separatist leadership of nepotism and corruption to hide his own wrongdoings.

Also Read: One Year Ago, India Killed Mainstream Politics In Kashmir, And Nothing Else

Geelani’s political career, spanning over 60 years, is also questionable as he managed lucrative jobs for many of his relatives, acquaintances. Reports said that Geelani’s grandson was appointed a manager in the government-run SKICC, a subsidiary wing of the J&K tourism department, flouting all rules of the recruitment policy.

This year the government also notified a new domicile law for Jammu and Kashmir that replaced almost a century-old ‘state subject law’ which barred non-permanent residents from owning land and immovable property in the erstwhile state. Under the new law, the Permanent Residency Certificates (PRCs) have been defined as those who have resided for a period of 15 years in the erstwhile state of J&K, those have studied for a period of seven years and appeared in Class 10th /12th examination in educational institutes located in J&K. This automatically makes over five lakh WPRs and Gorkha descendants eligible for a government job in J&K and land-owning rights among other major additions of constitutional equality.

The Modi government’s decision to scrap Article 370 had given rise to new hope among the people of J&K. But experts say that it would take more than mere abrogation to fully integrate Kashmir with India. Concrete steps to ensure economic well-being through better employment and income opportunities and economic growth as well as their right to live with respect and dignity holds the key. Kashmir’s young men are languishing in jails. Youth unemployment in the Valley stands at roughly 41 per cent, which is almost twice the national average and amongst the unemployed youth in the Valley’s 10 districts, 60 per cent are aged 15-24.

Also Read: Violence Looks At Itself In The Mirror, And Sees An Enemy

The Kashmir Valley has been bearing the brunt of radicalisation for quite some time now. It is nothing short of a ticking time bomb and if not addressed in time, it has the potential to destroy the future generations. Though it would be wrong to say that every Kashmiri is radicalised, at the same time it would be a blunder to say that radicalisation doesn’t exist here.

It is important that the Centre explores every opportunity for the development of the region and fulfil promises made by the authorities so that the people of Kashmir are convinced that New Delhi is concerned about them and is working towards their better future. The government has to walk the extra mile to foster a strong bond with Kashmiris and propagate the spirit of Kashmiriyat. The Modi government must identify and eradicate the root cause of violence as well as provide a healing touch to the people of Kashmir.

(The author is a Kashmir-based senior journalist and political analyst. Views expressed are personal.)