PM Modi modestly proclaimed that while the Mahabharata war had lasted 18 days, the one against Covid-19 would end in 21 days. 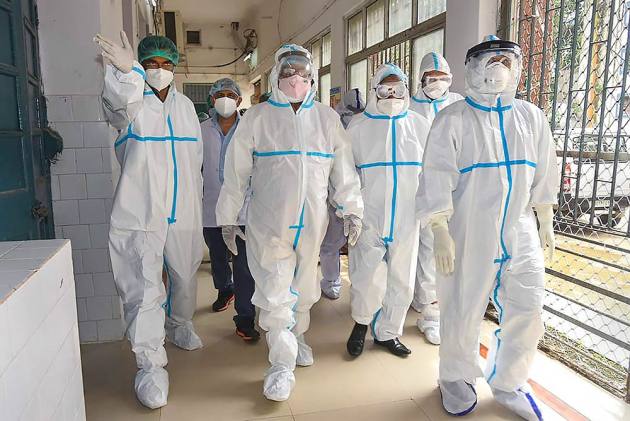 The first thought that comes to mind is that Covid-19 isn’t just a disease, it could well be a God in a new avatar. It’s driving people mad with varying degrees of success, having forced most of the world to remain confined usually in small spaces, not unlike a padded cell in a loony bin.

Like the first thought that came to the mind of Duryodhan on the eve of the Mahabharata war was that his forces were not only superior to those of the far outnumbered Pandavas but were indeed invincible. He may not have realised it, but it was God himself, Krishna, mentoring the Pandavas while modestly playing the role of Arjuna’s charioteer. In any event, the Kauravas were not invincible; their commander, the aging Bhishma was. He could choose when to die as result of a boon. Those days the Gods were rather free with their boons. Thankfully, they’re not these days; otherwise, confusion would be worst confounded. The Kauravas were decimated and Bhishma chose to die--no coincidence, and Duryodhan was proved wrong.

Krishna gave a long explanation of Duryodhan’s thought processes (read it in the Bhagavad Gita). Centuries later, Vishnugupta made it short and succinct in Chanakya Niti: "Vinash kale vipreet buddhi" (loosely meaning: “when the end is nigh, the mind tends to believe everything’s hunky-dory”).

Somewhere between the Mahabharata war, Lord Krishna and Chanakya, the Athenian tragedian, Euripides, author of some 90 plays (none of which had a happy ending) had made things lugubriously clear: “Quos Jupiter vult perdere, prius dementat” (those whom God wishes to destroy, he first drives mad); God, in this case Jupiter, King of the Roman Pantheon and not to be confused with Krishna, although they could well have been the same for those who believe that God is one and maybe synonymous with Love.

Like our politicians are very fond of quoting that now hackneyed Chanakyan phrase, pointing to their rivals. And the first stray vision firmly etched in India’s collective is that of Ramdas Athawale, Minister of State for Social Justice in the Central government, loudly chanting “Go Corona” with a boisterous bunch of followers in early March. Evidently Covid-19 ignored their pleas although it may well have been heard in one or the other of numerous space stations regularly circling the earth.

And the crescendo was reached by our very own Pradhan Sewak making his declaration of war, amidst the blowing of conch shells and the clashing of thalis end-March. He modestly proclaimed that while the Mahabharata war had lasted 18 days, the one against Covid-19 would end in 21 days since he was a mere mortal albeit with a 56-inch chest, somewhat larger than Arnold Schwarzenegger. Besides in place of Krishna he just had Amit Shah.

Four months and some 20+ days later, the virus far from showing signs of abating, appears to be gathering strength. And Amit Shah turned Covid positive. At the end of the Mahabharata war needless to add, Krishna was fine.

Perhaps Modi chose the wrong avatar of Vishnu. Being a well-known contrarian Modi could have considered focussing on Lord Krishna instead of Lord Ram to set the Hindu India ball rolling in the war against Covid. After all, India has no dearth of divinities, the trick lies in choosing the right one at the appropriate time.

Like the Nepalis have had a Corona temple at which people have gathered and prayed for centuries although it may be actually an ancient temple to Karuna aka Seto Machindranath, also known as Karunamaya, a deity worshiped by both Hindus and Buddhists in Kathmandu. But evidently that has failed even there with the rising rate of infections. Besides the Nepalis are with the godless Chinese and have launched a campaign of their own claiming Lord Rama was born in Nepal.

And on quite a different note, another odd thought popped up during the week: there is still something called a post office and postal service and that, too, in the land that gave the world the internet where people have basically forgotten how to write even short notes leave alone long letters. The impending US Presidential elections are nigh, in November and once again with Lord Covid around many people wanting to vote are wary of going out to do so. They’re looking at the postal ballot, universally acceptable in that country.

Apprehensive about the possible outcome of the election, the Duck in the White House seems to be doing his best to nobble the postal system, inexplicably egged on by the US House by withholding funds for automation in the face of postmen and women reluctant to go forth in the midst of the pandemic to actually handle the ballots manually. Modi should have had it this easy? But then the General Elections here are four years away and Covid may well have gotten rid of the recalcitrant voters although it seems to have developed an unusual penchant for BJP leaders, Amit Shah included. However, postal ballots are not kosher for the ordinary voter here, confined exclusively to the armed forces and government officials on duty abroad.

And another stray observation that comes to mind is the news that scientists from ISRO and the Indian Institute of Science have developed a sustainable process to manufacture “space bricks” using human urine and soil from the moon! India has no shortage of human urine. This could set off a housing boom in the moon. Imagine a 2 BHK on the moon with a clear view of the sun setting and rising over the earth and, hopefully, no Covid! Like the old days of living in Pune and traveling to Bombay on the Deccan Queen! Transport costs may be prohibitive now but no Gujarati worth the salt will cavil at a small initial installment and depend on Elon Musk’s Space Xto make it worthwhile.

(The author is a senior journalist. Views expressed are personal.)