Amidst the prevailing pandemic, a heartening biography of a medical messiah from the Bengal’s hinterland lifts up one’s spirit. 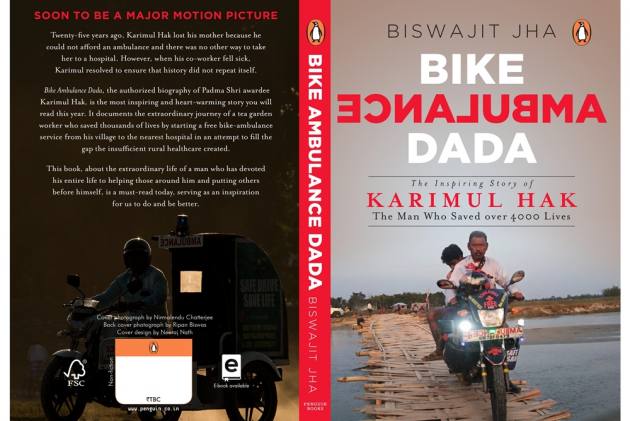 “Some died in neglect, others in the midst of every attention. No remedy was found that could be used as a specific; for what did good in one case, did harm in another. Strong and weak constitutions proved equally incapable of resistance, all alike being swept away, although dieted with the utmost precaution. By far the most terrible feature in the malady was the dejection which ensued when anyone felt himself sickening, for the despair into which they instantly fell took away their power of resistance, and left them much easier prey to the disorder; besides which, there was the awful spectacle of men dying like sheep, through having caught the infection in nursing each other.”

Our power-hungry politicians are busy chasing votes while the happy-go-lucky citizens of the world’s largest democracy are running amok, displaying their devil-may-care attitude and slap-happy sense of liberty. The result is India can’t breathe. The mutant variant or, as some say, the more dangerous double mutant variant of the novel coronavirus not only attacked our lungs but also ripped through the heart of our gasping country.

As India is perilously grappling with the savage second wave of the deadliest pandemic since the Black Death, the pernicious effects of COVID-19 have exposed the country’s frangible healthcare system. The virulent virus has laid bare the rot in the system as the whole country desperately looks for a hero who would definitely not wear capes but could selflessly provide care – the need of the hour.

Nonetheless, India’s brittle healthcare system, traditionally and systematically neglected by all our political rulers and regimes for decades and generations, is crumbling like a house of cards. Most of our sincere efforts get overwhelmed by the gargantuan magnitude of the labyrinthine blackhole, making ourselves either step back and vent out our frustrations through social media outbursts or simply sulk and create doomsday mongering rants of schadenfreude.

But a few good men do exist who have got the guts to either face the grisly head of Medusa or swim against the tide. Padma Shri awardee Karimul Hak is one of those superheroes. Biswajit Jha’s debut book, Bike Ambulance Dada, presents a theatrical account of the heroic life of Hak, a humble daily wage labourer who singlehandedly saved the lives of more than 5000 emergency medical-attention-seeking patients. In these troubled times, this inspirational Penguin paperback undoubtedly raises hopes and soothes one’s mind and soul.

It’s certainly not a rags-to-riches story per se. Born in a poor family in the remote hamlet of Dhalabari in North Bengal’s tea-growing Jalpaiguri district amidst the sylvan surroundings of the Dooars region on the foothills of the Darjeeling Himalayas, Hak has been living quite an exemplary life. The lack of healthcare facilities and the absence of an ambulance or four-wheeler in his outlying village and the surrounding areas compelled him to be an Atmanirbhar altruist.

Karimul Hak’s extraordinary ride so far has been entwined with abject poverty, hand to mouth existence as unskilled labour, multiple personal tragedies, including deaths of his near and dear ones, and his relentless pursuit to ensuring a timely and life-saving medical aid to his fellow villagers using the great Indian jugaad. They say opportunity maketh the man, but it’s lack of opportunity that has made the once poverty-stricken man a Good Samaritan.

A former journalist-turned-social entrepreneur Jha’s poignant yet powerful narrative didn’t entirely limit itself to the medical messiah’s innovative idea of ferrying patients on a motorcycle (initially a borrowed one) to faraway hospitals and health centres but also delved into different dramatic twists and turns of his journey as a do-gooder vagabond.

Jha concurrently chronicled and interspersed a slew of political events, including the Muktijuddho or the liberation of Bangladesh, the rise and fall of the 34-year-long Left regime and the subsequent parivartan by Mamata Banerjee-led Trinamool Congress in West Bengal, the moribund economy of the tea gardens thanks to the Communist-led trade union terrorism, and various targeted social-welfare schemes undertaken by the incumbent NDA government, while breaking the stereotype of a Muslim man who once made the Prime Minister of India, Narendra Modi, take a selfie with him.

At times, the convoluted socio-political interpretations make the otherwise lucid story-telling a bit monotonous, but as a whole, it’s a good and timely read. As a recent COVID-19 survivor, I have realized how this pandemic is also taking an oft-overlooked mental toll. Thus, the inspiring story of an inconspicuous yet iconic Johnny-on-the-spot may help many overcome the mental trauma and, on the other hand, motivate many to lend a helping hand to others. “If you really want to do something that benefits others, or maybe yourself, nobody can stop you from achieving it.” This one sentence from the book sums up the never-say-die spirit of the irrepressible Bike Ambulance Dada.