Thanks to Pandemic, MSMEs have started flirting with technology by force and necessity! 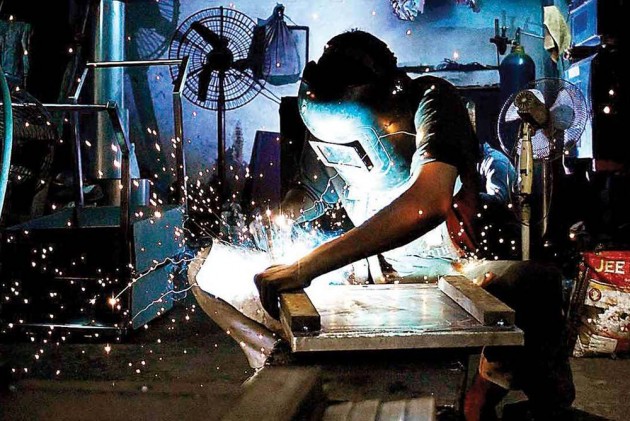 Technology is a great ‘object’ (as used by psychologists) that fills in a void in humans. Almost all have flirted with it. MSMEs are in the midst of experiencing the excitement and tribulations of this affair.

Why is it good to have an affair with technology?

Technology is intelligent, it calculates, it is faster, it does more than any human can consistently do, it thinks, it emotes (yes, with great advancement in AI’s foray into human emotions), and it makes decisions for and in lieu of humans. It is mercurial and changes every few days. Besides, it has a mystic for someone who does not know technology.

Thought of fiction yesterday is a reality today. There is almost a parallel world that humans live in. One dreams about it too.

One wants to use technology, and one gets rid of it for a better one too, in no time. One is attached to technology as much as our kith and kiln. One is also worried about spending too much or too little on technology, and most (and of course MSMEs) are not fully educated on what is its worth, as it comes in different shapes and forms, and its value is tough to be standardized.

There are benefits. Our research indicates that an early adopter of technology would grow 1.5x faster late adopters and 2/3X than those who do not. The adopters would tend to have 20-40% differential in Cost-to-Serve for the products/ services they sell.

Who wants an affair with MSMEs?

Thanks to GST, Aadhar, UPI projects due to which MSMEs have started learning to be transparent by law. Thanks to government portals for procurement, MSMEs have a chance to transact digitally with it.

Thanks to over 100 tech startup companies in India, which have brought tech to agriculture, food, education, payments, financial services, marketing, sales, distribution, supply chain, production, human resources etc. Thanks to several hundred digital strategy, marketing, technology consulting and execution firms which are keen to advise MSMEs on how to go digital and reduce costs and improve sales.

Thanks to B2B and B2C platforms such as Alibaba, Trade India, GlobalLinker, Power2SME, https://www.solvezy.com/ecommerce/ , HDFC bank’s Smart Buy, SBI’s YONO, Government’s Bharat, Opportunity network and many others who are encouraging MSMEs to go digital for market access.

Thanks to several gig and advisory platforms such as Flexingit, and many others, MSMEs have started taking advice using digital platform.

Thanks to the young workforce being trained on technology rapidly to be able to make sense of thinking, transacting and using technology.

Well, thanks to Pandemic, MSMEs have started flirting with technology by force and necessity!

Our experience suggests, data transparency is the biggest fear of MSMEs, even today, notwithstanding the adoption trends we witness in the market. We estimate that most of the data that we learn from MSMEs is 70-90% accurate since millions of these MSMEs even today maintain 2-3 sets of data to avoid taxation. Prior to GSTN, this factor was 30-40% times higher, which was a scary situation. While one may adopt technology, the changes in the behaviour of MSMEs to have superior data accuracy and consistency would render it truly effective. As in most affairs, what is revealed is different from what is reality.

Secondly, there are issues with respect to management capability to govern data, business intelligence from the dashboards that technology helps MSMEs produce. It is like two lovers having a great Rendezvous and then both figuring out what exactly did they get out of that meeting! The way entrepreneurs relate to technology needs a significant understanding of what to make out of the outputs of technology.

Thirdly, often MSMEs do not know how much to spend on this affair. Fundamentally, they think of it as expenses, while tech providers sell it as an investment due to its long-term impact and reality as perceived by MSMEs after using technology, which is somewhere in between the two. As in most great things in life, it is difficult to put a price tag on and define the value of them. This affair is no different.