Is the state government's order of protecting the site, excluding the interests of the local tribal populace in the best interest of the people of Manipur --- both hill and valley? 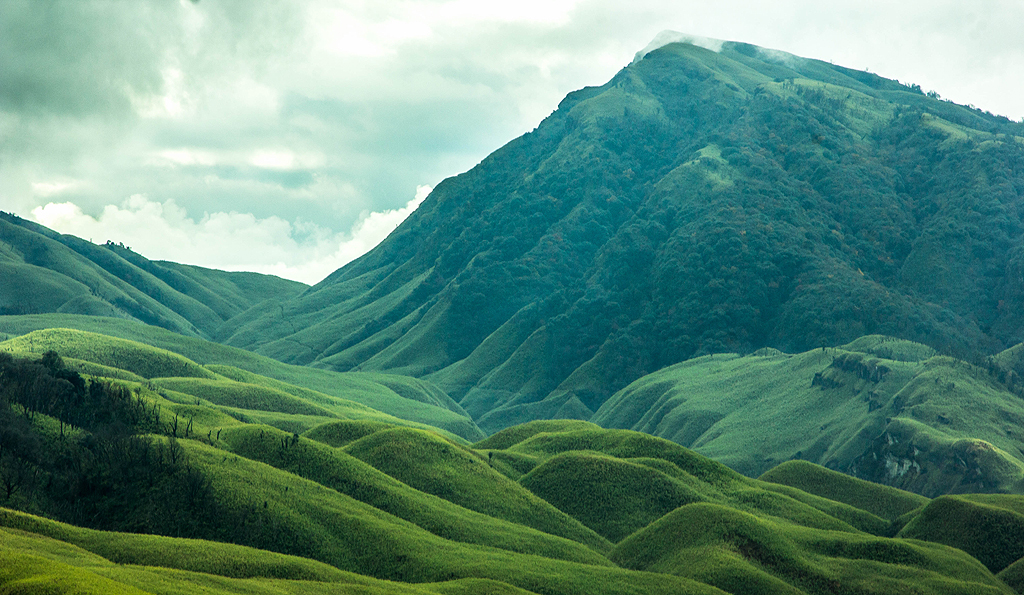 For the past many decades, Mt. Koubru has been a peaceful place of worship for the valley inhabitants as well as those of the hills of Manipur. If there are hundreds of pilgrimages belonging to the Valley that annually climb the 2,500-metre high mountain, there are the same number of tribal people offering prayers and performing rites even before the advent of Christianity.

A prayer event under the aegis of Kuki Nampi Taona (National Prayer of the Kukis) has been regularly held by the tribal populace at Koubru peak, post the acceptance of Christianity. However, in recent years, attempts have been made by a few individuals to turn Koubru into a community-owned site, resulting in unrest among local inhabitants of the sacred Mountain.

The Manipur government’s order dated April 5, 2021 through its SDO Saitu-Gamphazol to measure Mt. Koubru to preserve the site as a sacred place to the worshippers of "Lord Koubru" did not go down well with the indigenous tribal inhabitants who felt that they have as much right as followers of other religion to pray in Mt. Koubru and they have as much desire for the mount to be declared a sacred place for followers of their religion too. Earlier, in December 2020, the state government’s proposal to declare Koubru as a protected site under Sub-Section (1) of Section 4 of the Manipur Ancient and Historical Monuments and Archaeological Sites and Remains Act, 1976, had led to a public outcry in the hills especially in Kangpokpi district. While there may be various views on the move to override the Manipur State Durbar’s acknowledgement of Koubru range being owned by a tribal chief, the question is if the local populace has any say in the decision.

One concern that has been wrongly woven with false fabric is that Mt. Koubru has to be reserved or protected by the government to restore its ecological damage, ignoring the fact that the tribal people have a lasting ecological relationship with the hills for centuries. In fact, many tribal households depend on produce from the hill for their livelihood. The cultivation of poppy seems to be the main excuse given to send a message that the valley inhabitants are not happy with the present situation Koubru has been reduced to. Few seems to be bothered of the fact as to how the indigenous tribal inhabitants deeply feel the need for reviving the ecological balance as they bear the brunt of food and water scarcity due to the exploitation of the mountain by a few individuals. Efforts have been made by various civil organisations to restore Koubru to its old glory days of a mountain with lush green vegetation and deep forests. Is the state government's order of protecting the site, excluding the interests of the local tribal populace in the best interest of the people of Manipur- both hill and valley?

Claims of civilization beginning from Koubru based on relics and mythologies cannot be a ground to stake claim of ownership of the same today, just the same way we feel it unruly for the tribals to claim all hilly areas as their ancestral land. This emotional approach of staking ownerships of lands, rivers, and mountains without taking into account the existence of concerned statutes related to it will only widen the gap between the people. In fact, it is the general feeling among the tribal inhabitants that Koubru has been a prayer-mount for the tribals before the names and claims of Lord Koubru emerged. Regardless of the claims, Koubru remains, till today a true symbol of divinity that welcomes all in its fold.

The intervention of the state government by first ordering the Koubru range to be a reserved area and later a protected site has enraged many as these decisions were taken without taking into consideration the interests of those people who will be directly impacted by the consequences. Hundreds of families who depend on the agricultural produce of Koubru range today stand in a situation of obscurity for no fault of theirs. These poor families have nothing to do with anything that could affect the sanctity of Mount Koubru and it being a sacred place for the Meiteis or the tribals. As for the environmental concerns, it is not the abrupt stoppage of farming that will provide an instant solution but a systematic and methodological approach involving the farmer themselves in the pursuit, coupled with an unadulterated commitment of governance that rises beyond and above the speculations of harbouring ulterior motives to encroach upon the rights of indigenous tribals.

The Meitei, Kuki, and Naga people of Manipur will have to learn to live together if not as one then at least by accepting their uniqueness, differences and nurturing respect for each other’s interests. The concern of the valley people that Koubru is sacred to them should not just be ignored but respected by the local tribal inhabitants; they should have a free passage to the site without any disturbance as and when they desired. As for concerns related to the present ecological state of Mt. Koubru, the local tribal community has to take initiatives like spearheading a drive for afforestation, etc.

The state government should allow the public and CSOs to resolve the Koubru issue. Taking the easy route of passing orders and directives without exploring the possibility of a solution that involves the concerned stakeholders especially the local inhabitants of Mt. Koubru will eventually rob the government of its people’s trust. It also has the grave potential to drive home a wrong message that the government is acting at the behest of a particular community alone. Where there is a chance thence, even the slightest of it, of a situation where communication and co-operation between communities could resolve an issue, the government should be the bridging factor to the people as a true guardian, to give people a chance?

(T S Haokip is a freelance writer and author of the book 'Hilly Dreams'. Views expressed are personal.)