An IIT-Madras survey indicates that an overwhelming 91 per cent of respondents believe that Science and Technology can make our lives better. 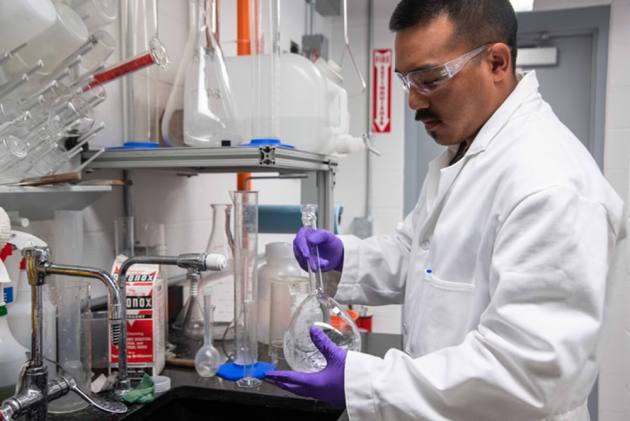 Since launching the world’s largest vaccination program for Covid-19 on 16 Jan 2021, India has administered the shot to over 10 million Indians. In the din of conflicting voices, with some demanding increased private player participation in the vaccination efforts and others displaying vaccine-hesitancy, the key question is whether the public in India trust and support Indian science.

In a large nationwide survey conducted by the IIT Madras Alumni Association in collaboration with the Office of the Principal Scientific Adviser to the Government of India, 82 per cent of Indians have expressed a sense of resilience and optimism about the future. 80 per cent of the respondents believe that the current state of rapid digitisation and a new ‘hybrid’ model of working will become permanent.

We saw this dynamic play out at IIT Madras and several other institutions. A fine-tuned digital mode of education resulted in every student being able to attend virtual classes or view lectures offline. IIT Madras also shifted its research admissions interviews online with research scholars from as far as Assam, Kashmir and Punjab joining the institute. The sharpest definition of the new normal came through a radical and game-changing online BSc Degree program in Programming and Data Science that IIT Madras launched. Over 8000 students in the first batch will go through online classes blended with periodic in-person proctored evaluations, ensuring the highest quality education is delivered to the doorstep of every deserving student.

Overwhelmingly, 91 per cent of them believe that S&T can make our lives better. At the same time, 91 per cent of the public expects scientists to objectively and openly discuss the social and ethical implications of their work. This places a responsibility on the scientific establishments, especially as the Covid-19 vaccine program is underway. According to the survey, 89 per cent of the public said they share the scientific information they receive online, particularly when it is attractively presented and to a friend-network. A case is made for science to do a better job in telling stories. Social media and infographics can be friends in informing the public with soundbites and advisories regarding Covid-care/ vaccinations.
When asked about the key priorities for India, the public picked economic growth and jobs creation and health and medical care as the top two priorities. In fact, the government has proposed in its Budget 2021, an outlay of INR 2,23,846 crore for health and well-being, an increase of 137% from the previous year, with INR 35,000 crore earmarked for Covid-19 vaccine in the coming year.

When asked about the top technology priorities for India, the survey points to IT & Artificial Intelligence, agriculture technology and environmental technology (technology for energy, water, air etc.) as the top three highest priorities. Doubling farmers’ incomes can only be achieved by innovations enabled through investments in agri-tech research. Ultimately, scientific research has to enable a better life for all including those at the bottom of the pyramid.

This has been central to the many pursuits of IIT Madras, through its 30+ technology Centres of Excellence, such as the Robert Bosch Center for Data Science and AI, the National Center for Combustion Research and Development or the Center of Excellence in Wireless Technology. Similarly, the Centre of Excellence for Research on Clean Air at IIT Delhi is helping scholars devise solutions to fight air pollution. Several universities have created a thriving ecosystem translating S&T research into incubated start-ups. IIT Madras through its Incubation Cell and IISc through its Society for Innovation and Development have set high bars in this space.

Recently, Prime Minister Modi virtually inaugurated the ‘Discovery Campus’ of IIT Madras which is envisaged to become a key destination for global scientific discovery. The Ministry of Ports, Shipping and Waterways, Government of India is funding the National Technology Centre for Ports, Waterways and Coasts, while DRDO is funding the Solid Propellant Combustion Modelling Facility.

However, it is unsustainable to expect that continued growth in S&T research be funded only by the government. It is indeed heartening to see the deep public faith in the power of S&T to make lives better. What can we all do?

1. Every responsible citizen can become the driver of this new normal. Supporting S&T should become a popular movement. We can help others understand the power of science to improve people’s lives. Can each of us step up to support one under-privileged PhD student through funding scholarships?

2. Corporate India has a crucial role in enabling this new normal. Firstly, let us engineer a strong industry-academia complex built on mutual trust and focused on profitably solving society’s problems. Secondly, corporate India needs to rethink Corporate Social Responsibility as Corporate Research and Innovation Responsibility. CSR investments to support S&T research will have a multiplicative effect and lead to sustainable solutions.
Let us move forward in 2021 on the encouraging note of public optimism and envision an ‘aatmanirbhar’ and science-driven India.

(Mahesh Panchagnula is Dean (Alumni and Corporate Relations), IIT Madras, and Krishnan Narayanan is President, Itihaasa Research and Digital. Viwes expressed are personal and do not necessarily reflect those of Outlook Magazine.)