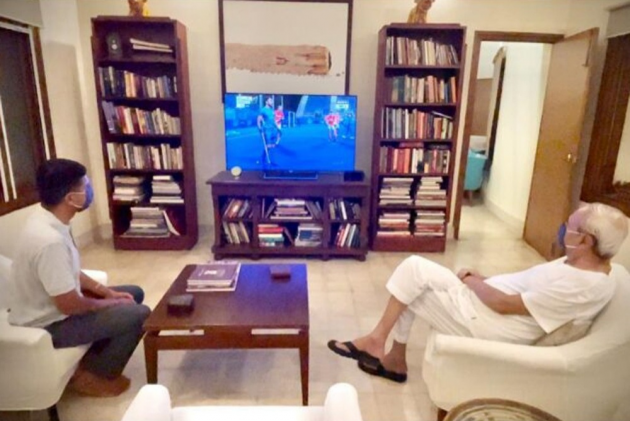 A goalkeeper in a fast-paced game like hockey could seem to be the most passive and unglamorous among all players on the field. But aficionados of the game would know that it is the goalkeeper who gives solidity to the team by shoring up its defences and allowing the rest of the players to go on the offensive and score goals.

On a day when the whole of India is on a high over hockey, with both the men’s and women’s national teams scorching the field and notching up spectacular wins against formidable opponents in the Olympics in faraway Tokyo, we need to pause and pay our tributes to a former goalkeeper who has made what hitherto seemed unbelievable to happen.

Much of the credit for the creditable turnaround in the fortunes of Indian hockey lies with Odisha. Since 2018, the not-so-rich state has been the official sponsor of our junior, men’s and women’s national teams. And the man who decided to back the teams with money and infrastructure at a time when we had all but turned our backs on hockey for more glamorous sports such as cricket is the reticent Odisha chief minister Naveen Patnaik.

Congratulations Indian Women's #Hockey Team on the spectacular win over Australia to seal the semifinal berth in #Tokyo2020. What a terrific game the team played against Australia! Keep the momentum going and wish the team best of luck. #Cheer4India pic.twitter.com/mIPv3lo20a

Since 2018, the year Odisha hosted the hockey World Cup in Bhubaneswar, Patnaik’s state has taken the role of hockey’s official sponsor. The government he runs is cash-strapped, but the chief minister found a way. He has tapped into the Odisha Mining Corporation (OMC) – a state undertaking with regular cash inflows – to fund the beleaguered game. The money ploughed into the teams isn’t spectacularly huge, but substantial. The 20 crore-odd rupees given every year to the teams, as the Olympic results show, is doing the talking now. The men’s hockey team defeated Great Britain to enter the semi-finals after a gap of 41 years. The women’s team followed suit, besting the more fancied Australia to enter the semis for the first time ever.

Whether the teams go on to win or lose doesn’t matter. Patnaik’s patronage has already brought in the dividends and hopefully, the game will reclaim the mind space in the collective consciousness of ours as it once used to be. Courtesy Patnaik, hockey in India can again hope for better days. 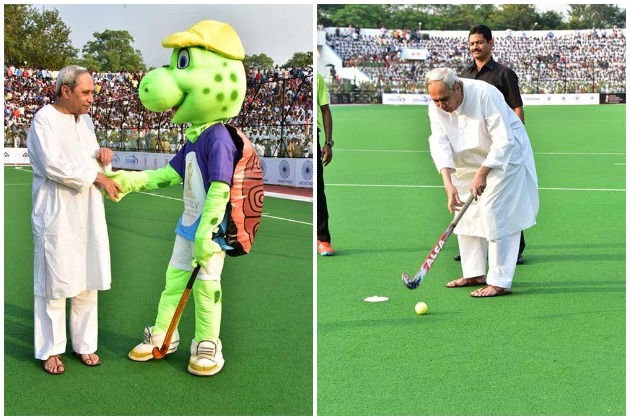 Gratitude has already started flowing in from far and wide, with the likes of Niti Ayog CEO Amitabh Kant acknowledging the state’s contribution in rejuvenating hockey. “It is all because of our chief minister’s vision,” gushed Vineel Krishna, the Odisha secretary of sports and youth affairs. Ecstatic over the hockey teams’ exploits, an overjoyed R Balakrishnan, the chief advisor to Patnaik, posted on social media: “Apart from millets and rice, we also grow hockey in the fields of Odisha”.

A bit of hyperbole notwithstanding, Patnaik deserves to be patted for putting hockey back on track and giving it a fresh lease of life. He has been successful like no other contemporary politician, and as the country’s longest-serving chief minister who is in his fifth term, Patnaik has this uncanny ability to spot winners. Patnaik has struck gold by placing his faith in hockey. He has made his country, and more particularly Odias, proud by reviving a sport that otherwise seemed to have little prospect.

Patnaik’s trust in hockey is paying off. Having hosted the 2018 hockey World Cup, Bhubaneswar will host it again in 2023. Even the Olympic qualifiers were hosted in the city in 2019, a feat made more remarkable because of Cyclone Fani that wrecked the state barely weeks before the event. Kalinga Stadium – which for all practical purposes has become the home to the national men’s hockey team for the past several years – suffered extensive damages in the storm. But officials worked round the clock to ensure the qualifiers were hosted without a hitch.

Patnaik was prudent in recognising hockey’s potential in the state. Even before he had become the chief minister, hockey enjoyed a pride of place in Odisha. It was the favourite sport for Odisha’s tribals and western districts such as Sundergarh were known to be the cradle of hockey, throwing up stars such as Lazarus Barla and Dilip Tirkey. Even in coastal Odisha, hockey was played with passion until the time synthetic turfs came into play and knocked out India from among the top hockey powerhouses of the world.

Fortunately, though, the Odisha chief minister – once a goalkeeper - has come to the defence of the sport. His patronage has succeeded in putting the passion back and hockey in India will hopefully surge ahead from here.