NEP 2020: Is Opening The Door For Foreign Universities A Good Deal For India?

It is crucial to realise that foreign investment is one of the possible remedies, but not a panacea for the present challenges India's higher education sector is facing. 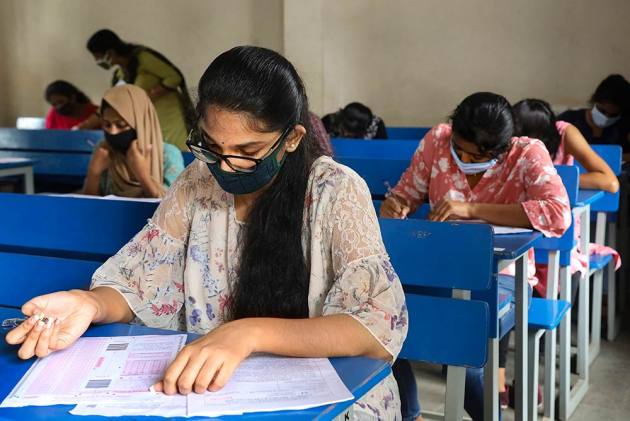 The Indian higher education sector is abuzz after the Union Cabinet approved the New Education Policy (NEP), 2020. Paving the way for foreign universities to set up campuses in the country is one of the major announcements made in the policy. In recent times, transnational, cross-border, offshore, and borderless higher education have become trendy terms—particularly from the year 2000 onwards when the phenomenon of mobility in higher education took shape and moved from people (students, faculty, scholars) to programme (twinning, franchise, virtual) to provider (branch campus) mobility, and most recently, to the concerted development of education hubs.Change in the global market economy has forced many nations to allow foreign providers in different ways.

India remains a classic case of confusion and complexity for Transnational Education (TNE), and a proper foreign policy for higher education continues to be the Achilles’ heel for Indian policymakers. Almost up to the ’90s, India operated virtually as a closed economy and understandably has been reluctant about the entry of international providers in the education sector. Lack of regulatory frameworks, complex FDI policy, inability to award their degree, burdensome evaluation process have demotivated the foreign providers in the regulated higher education sector (university, colleges), and they are limited mostly to the unregulated sector like vocational and distance learning education.

The new NEP says, “A legislative framework facilitating such entry (of foreign universities) will be put in place, and such universities will be given special dispensation regarding regulatory, governance, and content norms on par with other autonomous institutions of India.” With this new policy reform, many are riding on a wave of optimism that now it would be possible to get quality education as global universities will establish their branch campuses in India. On the other hand, some believe that this will increase inequality by increasing the cost of education and will create challenges for local institutes as foreign providers will take unfair advantage of the market. The policy proposal has its fair share of advantages and disadvantages. This is an effect of globalisation which comprises complex processes with various national and international tendencies. Some of them are to some extent confluent and synergetic, while others are partially antagonistic, contradictory, or oppositional and thus, cannot be analysed in absolute terms.

India has one of the largest networks of higher education systems in the world, with almost 990 universities and 40,000 colleges. But India’s Gross Enrolment Ratio (GER) in higher education is 26.3%, which is significantly low compared to other BRICS countries like China (51%) or Brazil (50%), and much lower when compared with European and North American nations (80% or more). India must achieve pre-distinction in the arena of global higher education for sustainable economic growth, which should not be driven by natural resources, but by knowledge resources. According to reports, to accommodate a massive inflow of students, India will need another 1,500 new higher education institutions by 2030. The government wants to promote foreign direct investments (FDI) and open up the External Commercial Borrowing (ECB) route to strengthen the capital pool for the education sector. In her budget speech for 2021-22, Finance Minister Nirmala Sitharaman emphasised on the need for greater inflow of finance to attract talented teachers, innovate and build better infrastructures, and steps be taken to enable sourcing ECBs and FDI.

Another factor among reliable drivers for opening foreign universities in India is the lack of quality education accessible in the country. India’s higher education sector has provided some of the world’s best talent, and over the years IITs, IISc, IIMs have become a brand name. Yet, the overall inferior perception of Indian higher education, including the poor quality of infrastructure, is a significant problem. The unmet needs for world-quality education are reflected by the latest release of the QS World University Rankings, in which the number of Indian institutes in the top 1,000 dropped from 25 in 2019 to 21 this year, and only three Indian institutes made it to the top 200. High cut-offs and competitive entrance tests for admission, shortage of innovative courses, poor infrastructure are some of the reasons even the brightest Indian students give up on their hopes of securing admission in reputed Indian institutes. This flight of quality students abroad is a serious concern as sending our students overseas means that we are importing the service of education.

The expectation is that allowing foreign universities will enable world-class education available locally at significantly lower cost without travelling and will considerably reduce the likelihood of human capital migrating to other countries for job prospects. According to various global surveys, cross-border education is beneficial for the economy and brings wider level of global awareness, cultural perceptive, and competitiveness. Foreign collaborations enable local institutes to design their curriculum in alignment with international pedagogy and offer a diverse portfolio of subjects and specialisation to students. There are arguments that functioning of foreign universities also helps stimulate existing education system to investigate its way of working and introduce the best practices taking a cue from the global players.

Instead of the demand and viability, entry of foreign enterprises in the Indian education market has some real concerns and risks. A section of educational practitioners has expressed reservations about allowing international universities to operate in India; they think it would raise the cost of education and would be out of reach for a large section of the population. There is also the fear of poaching the best talents from the local universities. Meanwhile, there are also arguments that in-house breeding of world-class universities equipped with laboratories and research centres of international standards are the need of the hour and should not be compromised with unregulated foreign entry.

Another strong viewpoint from many researchers is that developing countries are using educational services as an essential source of income, and institutional trade is now a multi-billion dollar business. Many foreign universities are setting up International Branch (IB) campuses across different global destinations with an obvious motive for increasing revenue by focusing on commercialisation and commoditization of knowledge production. Managing IBs is a complex and challenging task. It is not similar to handling MNCs that set up offices around the world in search of easy profits. Establishing higher education institutes is a slow-moving process. Reports suggest that many Asian and African nations lack the capacity to implement the quality assessment procedure regarding educational programme delivered by the foreign provider. A significant challenge of a multi-campus global university model is the difficulty in delivering on the brand promise of a consistently high-quality education and student experience driven by the home campus.The potential benefits of cross-border education programmes must be weighed against the risks of educational imperialism.

India is now opening its gates for global institutes hoping that many will establish their branch campuses in the country. But some practitioners think that given the shortage of funds and endowments due to the Covid crisis, very few reputed foreign universities would be willing or able to establish campuses in India. Few countries such as Dubai, Singapore, and Qatar have successfully promoted themselves as global education hub and are providing substantial financial incentives for offshore international campuses as host country, but due to its socio-political environment, it would be challenging and controversial to ensure complete autonomy or financial incentives for foreign universities. Even a global brand name is not sufficient to establish world-class offshore international campuses at other destinations. Moreover, focusing only on the top-ranked institutes around the world also overlooks the whole spectrum of quality and diversity available in the global higher education system.

In conclusion, for a country like India, where the budget allocation per capita in higher education has been diminishing due to the growing population in the tertiary age group, foreign players may be allowed to invest in the market to ensure capacity building and infrastructural development. The feasibility can be justified, but a proper regulatory framework is essential. Also, it is crucial to realise that foreign investment is one of the possible remedies, but not a panacea for the present challenges the country’s higher education sector is facing. Along with rapid growth, various nations are experiencing a shift in import-export dynamics in higher education, and they are doing it in a way that suits their needs and priorities. There are several models, frameworks, reports, and case studies for review, and further research scope exists in how to use foreign investment in a better way. Because of its large size, multiple cultures, long history, and diverse nature of polity and policy process, higher education is a very complex sector in India. The real test for the Indian policymakers is now to formulate useful regulatory guidelines for foreign universities to operate in India. The regulations should focus on the need of the country with quality assurance and accreditation, but on the other hand, it should not be burdensome for the foreign provider.

(The author is Director, Research and Development, Ashoka University. Views expressed are personal.)