Advertisement
Home Business
SIAYSI-Say It As You See It

India has been privatising and monetizing assets for a long time through public-private partnerships (PPP). It is nothing new as the Congress and Co. will like us to believe. 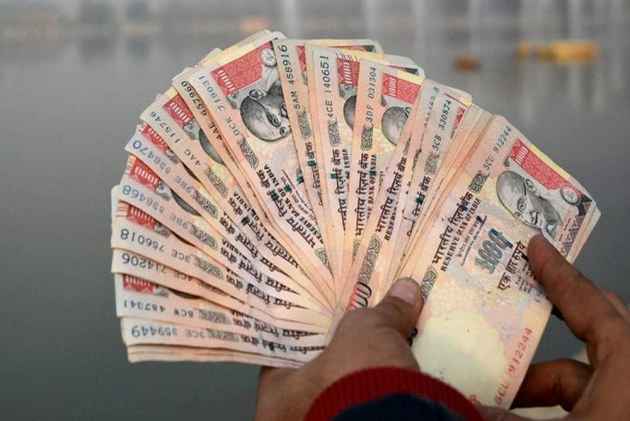 Time and money are always finite. Even for the richest and most powerful. Both of these were running out for the Government. The Government built on infallibility of Modi and some ingenious perception management has to show delivery of pet projects on ground. All this needs money and that too fast enough to be able to hopefully show case some results before the elections. The financial year is halfway through but not even quarter of the Divestment targets of Rs1,75,000 crore ( US $ 23 bn) has been met. Regardless, never short of ideas, schemes and slogans, the Government has announced an ambitious scheme for monetization of core assets under the “New Monetization policy” (NMP) aimed at raising Rs 6,00,000 crore (US $ 80 bn) over next 4 years.

India has been privatising and monetizing assets for a long time through public-private partnerships (PPP). It is nothing new as the Congress and Co. will like us to believe. All the new airports Delhi, Hyderabad, Bengaluru had been built through the PPP model. It enabled the creation of world-class infrastructure with no additional cost to the Government. The list of the last 2 decades is indeed long, call it what you may, privatisation, monetisation, PPP or BOT.  But the central idea remained the creation of infrastructure with minimal liability to the cash strapped  Governments of those times.

In the present avatar, the created assets are being monetised and the monetization of core assets will be done through the variants of the same PPP models like operate-maintain-transfer, toll-operate-transfer (TOT) , Infrastructure investment trusts (InvITs) and Real estate investment trusts (Reits). Over 80% of the assets by value to be leased out will be from top five sectors of roads (27%), railways (25%), power (15%), oil and gas pipelines (8%) and telecom (6%). The funds needless to say are supposed to be used to build new infrastructure and not hopefully frittered away in meeting up the establishment cost of the Government and funding the populist and electorally rewarding schemes.

Leveraging brownfield projects to raise resources to build much needed green field projects in a country which is in a  dire need of Roads, Rail, Pipelines etc. is fundamentally a sound economic concept. It allows the Government to telescope the trickling income stream of decades ahead to fund new infrastructure. Building of this infrastructure and the use of it are a serious  growth, income and employment multipliers. So says the Economics textbooks. So far so good.

In that regards, the Government needs to be complimented for having thought of it ;  thought of it at a scale and announced it boldly. It was irrespective of the political noises which always get compulsorily made by the opposition. But the world alas does not behave as the textbooks promised us it would.

The question looms if the divestment targets are languishing even with relatively good PSUs like BPCL, Shipping corporation, Concor, what is the Government planning to do different this time that would ensure that the NMP will succeed? After all, as in divestment, the administrative ministries will be in-charge and who is in-charge of the ministries. Secretaries, who have couple of months to a year and half left in the job. They would rather stay on the side of caution and bide their time, chase their pension papers and calculate their Provident funds than do something long, complicated and potentially controversial. God forbid if the Government changes, and the new dispensation launches a probe what harassing and even penal consequences may befall them in their old age? Who will ink each step and embellish the lofty ambitions of the Government with his signatures? That is the moot question.

It is also human nature not to be enthused by acts whose results will not come in your time. In the entire system of decision making in the Central Government where the files and notings move from below, the bureaucratic system is geared ideologically not to let go of these assets. After all these assets are sources of power, patronage, employment to relatives, contracts to the favoured few and hotel stays billed to these PSUs. Who wants to let go of all this? So as in dis-investment, so in NMP, one would not be mighty surprised if the wheels of decision-making creak, move reluctantly and get stuck time and again in the mud of procedure and bureaucratese. The fate when recently  Railway offered to run over 100 private trains but no one applied is a point in case.

The procedure will be the same as in case of Government procurement, long-winded, multi-layered and complex. It would start with Request for Qualification (RFQ), Request for Proposal ( RFP or tender) first for consultants, transaction advisors, Asset valuers and a host of those private-sector consultants who the bureaucrats hope will provide them the hedge or cushion by running the procedure and signing the initial docs. It will then be followed by RFQ for the bidders; the opening of the data room; due diligence by the bidders; pre-bid meetings; queries and clarifications; and then the RFP (tendering) by the bidders. It will all be of course accompanied by noises by the opposition that the country is being sold. Then there will have to be very swift and strong coordination between the Administrative Ministry, DIPAM and the Niti Ayog not bordering on over-formalized meeting structure in the Government. If the host of past such transactions are to be seen, the history does not seem to be on the side of the Government in terms of being able to deliver these targets.

Further, how many business houses have the financial muscle to bid for these large projects? Secondly and more importantly, how many business houses have the stomach to get into this laborious and at times politically risky process? Doing business with the Government is a specialized skill and the problem is that the Government already under pressure to be representing a few select business houses will be at loathe if these groups were to corner these assets. It would be a political burden BJP is too savvy not to carry.

Such transactions also have to be packaged and marketed to the world of high-finance both at home and more so to the doubting world overseas.  It requires persuasion, sound economic logic and even sweet-talking to the sheikhs, CEOs s and fund managers. Even a powerful satrap like Mukesh Ambani and his team were happily presenting their case when they raised over US $ 20 bn from the likes of Facebook and Google in record time. You have to be nimble, responsive and ego less to do business in the world. Now which Secretary will go around with a PPT conducting a roadshow to sell this vision. The DNA of the Sahib is not to be a salesman and raising money requires precisely the opposite. A sahib can order, spend, write eloquently on the file, give presentations prepared by his juniors in a conference, but he is not trained at all sell the story to raise resources.

Luckily though, the Civil Services have a number of, in fact, a majority of officers with Engineering, MBA etc., bright ones and less set in their ways at Director and Joint Secretary level. Perhaps the time has come to leave our love for hierarchy and mobilize them for roadshows in the financial capitals of the world to communicate the new image of a country opening up. An average CEO of fund houses is also a person in his late thirties or forties. Love for Gerontocracy is a very Government and very Indian phenomenon. The fear otherwise that the NMP will also yield sub-optimal results will remain real.

Such is an atmosphere of caution bordering on paranoia that in disinvestment, most senior officers are scared to meet the potential bidders and engage with them proactively. Now a potential bidder, perhaps from Russia or the moneyed Arab world, before he puts in billions of dollars would like to have his comfort with the powers that be. More so in a country like India with a rather questionable past of policy flip-flops. A trust deficit between business and the Government and more so with businesses abroad is also one of the reasons that the world was not exactly gung ho about the bold disinvestment proposals of the Government.

The Government in short is trying to achieve from a conservative system of decision making that is not intrinsically equipped to undertake such a dynamic and market force driven activity. It will first have to un-shackle its decision making from multiple oversights and subsequent “scapegoats” of officers. It will have to forcefully remove the internal resistance to the process. Perhaps the decision-making process has to be privatized first for the assets to be monetized for the concession period- otherwise, the NMP will meet the same fate as disinvestment. That will be unfortunate because the country indeed needs to unleash a robust and repetitive cycle to build, monetize, and move ahead.