What have we learned about the new normal? To take selfies after the jab? 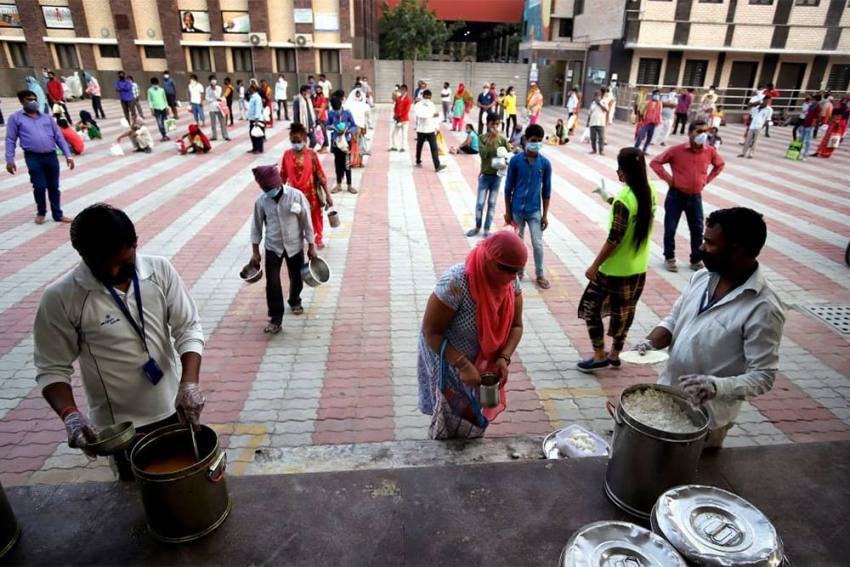 The two girls and little boy were pushing another youngster in a wheelchair out of the Deodar Street bustee. One of the girls saw me walking behind them in my blue striped pyjamas and kurti with full-on mask and whispered something to the other, older, girl. The two giggled. “Where are your masks?” I asked thinking I should point out that I had spotted them.

The older girl decided she should speak up, “There’s no coronavirus here,” she said confidently.

“Perhaps not in your bustee,” I told her, “but it is certainly there in Calcutta.”

“Then why isn’t there a lockdown?” I mentally thumbed through a list of things to say ranging from migrants to bad business, though that would be too long a lecture, and merely commented that lockdowns could be prevented if everyone wore masks. They walked on looking unconvinced. A year ago we were confronted with a global pandemic and rising body count. India locked down abruptly barely giving people space to breathe, accompanied by effects like clanging gongs borrowed from Italy. Transport stopped, my mother’s caregiver was unable to go home every day and the only good thing was that the bazaars were open for a while in the mornings.

Life sputtered to some kind of a new start with work from home which meant dealing with employers who were convinced that people could work at any time – after all, they were at home, weren’t they? Families tried to find quality time, those on their own looked around for in-room occupation and people confronted this alarming new phenomenon in whatever way they could. Many were terrified, others confused, writers swore that it was a source of new inspiration and children fretted at the new experience of working on a smartphone or someone’s computer. We were not Shakespeare or Dante, battling plague not even F Scott Fitzgerald and Hemingway dealing with Spanish flu. We were the technologically advanced, smart generation suddenly confronted with the Apocalypse, cut off from each other and forced to go masked if we ventured out at all. When we came back, we washed our hands for 20 seconds with soap or sanitizers.  All our scientific innovations and homo sapiens superiority were sent flying.

Conspiracy theories were rife – it came from planes, it came from China, it came from bustees and minority groups fostered it. Politicians in different states fudged figures and swore that no one would suffer from a lack of medicines or food. We will never forget this experience everyone declared. People began to design ways of making the business viable in restaurants and in offices while insisting that the new normal would mean separation and online engagement. We learned the value of webcams and meetings on zoom. People held birthday parties, poetry readings and funerals on Zoom – not to mention webinars and even conferences.  Some were brave, some were terrified, many lonely but we faced it as we could, counting known deaths and guarding our mortality.

Then the figures of doom began a gradual slide downwards. Locks were eased one by one and Bengal’s Durga Puja heralded as the start of the final plague of Egypt was curtailed and the positive curve stayed negative. One by one restaurants and bars opened. A wedding invitation came my way and I ducked though others were less judicious. People began to go to weddings and take drives across the country – cars are safe they said. An office opened and I was walking to work, though walking on the roads to avoid people and getting cursed by drivers who did not see the point of it. Was I the only fool I wondered?

With the easing of the locks, month by month, day by day, people trickled back on the streets. Masks began to go missing, I noticed, while easing up on glaring at youngsters intent on displaying love and lipstick.  And I was getting careless – visiting a friend, I found myself waiting for my car at a crowded traffic signal-cum-bus stop without even realising it – before I would have stretched out my arms on either side or shot into the busy road. What was wrong with me? I wondered later.  Perhaps I was being lulled into some kind of false security by the imminent jabs. There were michils, morchas and general bandobast – after all, we had elections ahead too – those who remembered masks wore them. Those who didn’t revert to old normal with perhaps a sigh of relief.

Now it is March and a year has passed. Figures are gently rising and Maharashtra is back in lockdown mode while the Centre is muttering things about a second spike. Will the locks click from state to state again? What have we learned about the new normal? To take selfies after the jab?

(Anjana Basu is a Kolkata-based author and columnist. Views expressed are personal)