Sanctioned by the British Army, the Prize Agents, active since autumn of 1857, ransacked houses, havelis, palaces and other properties, pauperising the royalty of Delhi overnight. 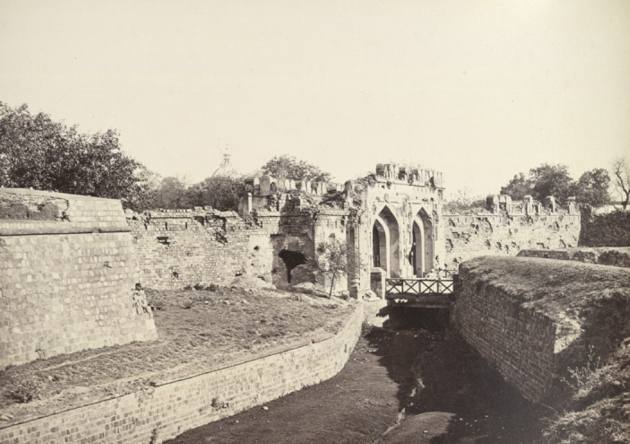 Whenever the year draws to a close, one’s mind goes back to New Year’s Eve 1857, when the (British) Government Agency Committee was established in Delhi to investigate the actions of the Prize Agents, running almost lawless. That very evening the congregation gathered to pray for wellbeing in the coming year at the still-damaged St James Church while the Tommies danced at nearby Ludlow Castle and the others let their emotions merge with the strains of Auld Lang Syne.

Writing in her publication, The Great Uprising: Untold Stories, Indian and British (Supernova Press), Rosie Llewellyn-Jones observes: “The (Prize) Agents, sanctioned by the British Army in India and the (East India) Company army, were licensed looters, whose job it was to raid houses and properties and seize anything of value to punish ‘the rebels’”.

She says, “The misery caused by the Prize Agents… after the fall of Delhi and subsequent capitulation, cannot be underestimated. It led to disputes between the military officers, who began to regard property seized by their agents as belonging to the Army and not the Government. Civilian administrators like Sir John Lawrence complained bitterly, but without effect, to the Governor General that confidence among the Indian merchants could not be restored until the Prize Agents were reined in”.

James Gibbon, an army officer, wrote to his mother (in England): “The people are all coming back to the city and the shops are being opened so that we shall have many things that we want. There has been a great deal of plundering, or as it is called here ‘looting’… We have to get some prize money but nothing has been ordered on that subject yet”. This was as true of Lucknow as of Delhi.

The prize Agents had been active since the autumn of 1857 and by December they had plundered as many houses, havelis, palaces and other properties as they could. It is pertinent to conclude that the royalty of Delhi was pauperised overnight. Begums surprised by white men in the zenana, who not only ogled at them but also manhandled them to make a mockery of the sacrosanct purdah system, screamed their hearts out, while Baniya merchants, terrified by agents who threatened them at gunpoint, revealed the hidden treasure that had been part of their family heritage.

Nawabs, nawabzadas, Mirs, Mirzas and munshis – all found themselves in a similar predicament. The Red Fort gate had earlier been blown open by a 250-pound charge of gunpowder “and though the king of Delhi was not as rich as the Nawabs of Awadh, anything of value that was found was taken away. Charles Saunders, Commissioner of Delhi, was among those who resented the actions of the Prize Agents”.Rosie L. Jones goes on to say that “those troops who were plundering were drunk and incapable of action” for several days.

“It is tempting to imagine what would have happened if the sepoys, who had held Delhi for four months, had been directed by an inspired leader. A determined attack on the city… would have found little resistance. But the sepoys had moved on.” It is well known that the Prize Agents, and their Indian informers, tore up house floors, broke down bathroom walls and dug up courtyards to gain access to the riches hidden.

That was the scene that had continued until December 31, but before the sun set the government of the day constituted the high-profile committee to control the unbridled actions of the Prize Agents. So when New Year’s Day 1858 dawned, many in Delhi, including Sahibs and Memsahibs picnicking on the Ridge, must have heaved a big sigh of relief.

Two miles away, the sweetmeat sellers and wine merchants of Chandni Chowk probably did their best business since the city was stormed on 20 September, thanks to the Firangi revelers.

(R.V. Smith is a historian of Delhi.)