The NEP contains much that is desirable, much that is sorely needed, and yet, much that appears removed from everyday experience, as for instance when it talks about internet-enabled devices in every home, writes Amit Kaushik. 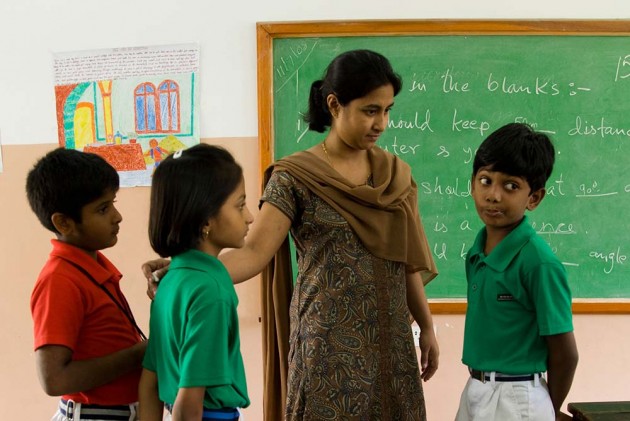 In 2004, when the draft of the Right of Children to Free and Compulsory Education Act, 2009 (or RTE Act), was under discussion, it included a provision that teachers would be appointed to schools locally so that they had no incentive to move, obviating the need for transfers from one place to another except under exceptional circumstances. When the draft Bill was circulated to the state governments for their comments, 25 of the then existing 28 states wrote back to say that transferring state employees was their prerogative and no central legislation should take that away, illustrating the gap between the vision of the drafting committee and political reality.

In much the same fashion, the New Education Policy (NEP) 2020 recently approved by Cabinet contains much that is desirable, much that is sorely needed, and yet, much that appears removed from everyday experience, as for instance when it talks about internet-enabled devices in every home. The challenge for the government and the new policy will lie in the manner in which it is interpreted and how it is actually rolled out.

As a vision for the future of education in India, NEP 2020 has clearly attempted to fill some of the gaps long felt in the school sector. The extension of free and compulsory education from only grades 1-8 to preschool and secondary levels is welcome and overdue; yet one wonders how the costs of doing this will be met. In 1993, the Supreme Court mandated in the Unnikrishnan case that every child below the age of 14 years had a right to free education, yet when the RTE Act was finally passed it only included children between the ages of 6 to 14 years because the country could not afford the cost of preschool. Extending compulsory education both to preschool and secondary education will require a very large-hearted Finance Minister.

However, the emphasis placed on preschool and foundational learning is timely, given the frightening picture of illiteracy in schools painted by the government’s own National Achievement Surveys (NAS) and Pratham’s yearly Annual Status of Education Reports (ASER). The truth is that basic reading, writing, and numeracy skills need to be built before class 2, failing which a student will struggle to keep up with increasingly complex subjects, and perhaps drop out altogether. The suggestion to introduce a reception class before class 1 is on point and something that educationists have long sought. But the recommendations for short training programmes for anganwadi workers and the use of volunteers to ensure foundational learning seem at odds with the objectives intended here, harking back to the much-criticised use of ‘para’ teachers in Sarva Shiksha Abhiyan (SSA) or the each-one-teach-one approach of the National Literacy Mission. We have had enough experience in the last few decades of the short cuts that can be adopted by states in implementing such well-intentioned strategies, and it would be a pity to witness a recurrence.

India has an estimated 160 million children below the age of six years who require preschool education. Unlike other stages of education however, the pre-primary stage has been largely unregulated, with large scale provision by the private sector. The Ministry of Women and Child Development’s Integrated Child Development Services (ICDS) programme supports the functioning of 1.35 million anganwadi centres, which provide preschool education to 34.9 million children in the 3-6 years age group. No reliable data is available about the total number of private preschools in the country since there is no legal requirement for such information to be submitted, but informal estimates claim that this sector is almost as large, if not larger, than the public sector. Given the emphasis the policy places on the provision of early childhood education, its silence about the role played by the private sector and the need for its regulation is surprising

Indeed, the policy’s failure to address the role of the private sector in school education in a coherent fashion—aside from reiterating existing tropes about philanthropy—is somewhat disappointing. Available data indicates that nearly 45 percent of school students are enrolled in some form of private school and this proportion increases each year; at the secondary level, nearly two-thirds of all schools are under private management. This could have been an opportunity to break with the past and introduce a regulated investment framework for private provisioning in recognition of the reality that such schools are here to stay, but it seems to have been sidestepped in favour of the status quo.

A provision causing some controversy has been the policy’s recommendation to teach in the mother tongue at the primary level, and if possible, up to class 8. Those expressing concern at the impact this might have on upward mobility have overlooked the fact that this is already a legal provision under the RTE Act. All over the world, educationists are unanimous that teaching in the mother tongue in the early years promotes easier learning, better understanding, and improved learning skills, so this recommendation in conjunction with the emphasis on foundational learning is eminently desirable, particularly since the policy notes that this should proceed hand in hand with the teaching of other languages including English. A significant concern though, would be the availability of trained teachers to handle such multi-lingual teaching as well as several of the other measures proposed.

The policy also marks the near complete rollback of the RTE Act by proposing to focus more on outcomes than inputs and reintroducing alternative schools; earlier provisions to do away with examinations at grade 8 level and the no-detention policy had already been rescinded. The dilution of minimum infrastructure as presently required by the Act would be a heaven-sent boon for operators of low-cost budget schools, but will need to be accompanied by strong measures that ensure achievement of the envisaged outcomes. Failure to institute such measures would only result in a large proportion of students being denied a minimum learning environment and actual learning.

By far the most noteworthy proposal from a governance standpoint is the policy’s suggestion to separate the roles of the regulator and provider of education. In this new dispensation, the state’s department of education would only be responsible for providing and overseeing the framework under which school education is delivered, while the actual responsibility for delivery would lie with a separate directorate of education. Combined with the provisions for self-reporting, this could potentially introduce a light touch regulatory mechanism in place of the heavy-handed oversight that exists today.

The policy rightly notes the need to review the National Curriculum Framework to make it relevant to its objectives and expected future circumstances. Any revision of curriculum, no matter how essential, is potentially controversial and it will therefore be important to ensure that changes are made in an objective and transparent manner, involving education experts from different fields.

Finally, the introduction of greater flexibility in the choice of subjects and removing the barriers between arts and sciences, curricular, co-curricular and extra-curricular, and sports and vocational crafts would enable students to study and progress at their own pace. It is well known that in any given class, the top ten percent students are often two or three grade levels ahead. In developed countries, as for example Australia, a student in class 9 or 10 could be doing class 11 maths or science if they were considered ready. A similar system in India, combined with the ability to study history and physics at the same time, would have the potential to change the way our children learn.

On balance, though it leaves some questions unanswered, NEP 2020 lays out an encouragingly hopeful vision for the future if successive governments can stay true to it. However, for it to be a truly national vision, it would be appropriate for it to be discussed and adopted by Parliament in the manner that the National Policy on Education 1986 was, which allowed it to stand the test of time. Without parliamentary approval, any such policy remains an executive decision which runs the risk of being arbitrarily overturned by a future government.

[The author is a former civil servant who was Director in the HRD Ministry. He is currently the CEO, Australian Council for Educational Research (India). Views expressed are personal.]