Nice Guys Do Win! An Ode To The Kiwis, The Gentlemen Cricketers

Cricket is still called the gentleman’s game because the Kiwis are playing it. 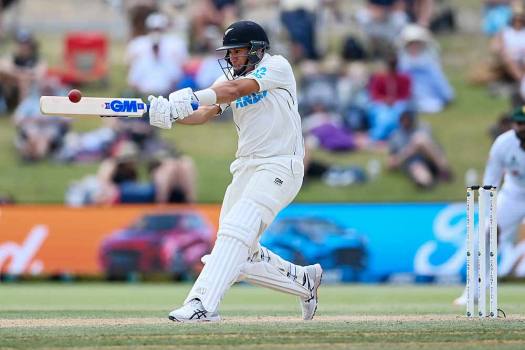 Once in my hey-day of cricket
One day I shall ever recall!
I captured that glorious wicket,
The greatest, the grandest of all.

Ah cricket! That glorious game of cricket. That age cannot wither. Nor custom stale. Not even fickle weather takes the shine off. The sublime game that makes men out of boys. And turn heroes out of ordinary people.

On a sun-kissed English summer afternoon in Southampton, when the most unassuming cricketer we will ever know, Ross Taylor of that lopsided grin, hoicked one Mohammed Shami delivery to the square-leg boundary, cricket had found one more fairy-tale moment in its long and colourful history. Remember the date: June 23, 2021.

But why doesn’t it hurt us as much as it should have? Losing the final of the World Test Championship should have been devastating for cricket fans like me. But it isn’t. Sure, there is a sense of disappointment. But gutted? No.

It’s not about the loss but to whom we lost to. New Zealand. The Kiwis. The most humble bunch of cricketers we know. Players we love for just being themselves. Humble and self-effacing. Stars in their own rights but not the ones to seek the spotlight. Stumbling. Smiling. Falling. Rising. Smiling.

And what a bunch they are! Ross Taylor. 19 years playing international cricket. In sporting timeline he is almost like from the Jurassic Age. And Kyle Jamieson, eight Test old and yet with the head of a veteran sitting on his broad Thor-like strong shoulders. At 6.7 feet, thundering in like a freight train, throwing thunderbolts and slaying even the best in the business. Like Virat Kohli. Twice in a matter of three days. A few decades from now, Jamieson can probably quote that poem by Conan Doyle to describe his duel with Kohli.

If smile could kill, or get you a wicket, don’t look beyond Trent Boult. Over after over, he would come running in, deliver, smile and then get back to his bowling mark. In between, he would also take a wicket, or two, or five. And go back again. Only to come back. And smile. Who wouldn’t love that man.

There are so many of these lovable characters. Eleven playing. Many outside. Like Mitchell Santner. The premier Kiwi spinner in all formats for the past many years and among the best the island-country has produced. And on Instagram, he modestly describes himself as a “Part-time New Zealand cricketer, full-time golfer”.

That is what makes this world-beating team so fascinating. Down to earth blokes who play for the love of the game. And know when exactly to hang up their boots. Like wicket-keeper B.J. Watling, who retired at the end of the game. And Taylor, who also called it quits after winning the ultimate prize. Both deciding to go out in a blaze of glory. Like the hero in Western Spaghetti riding into the sunset, the guns in the holster still billowing smoke.

But what is a fairy-tale without the handsome prince. The slayer of monsters. Kane Stuart Williamson. Stoic. Perched on his batting crease like a Zen monk in meditation. Unflappable. Unstoppable. The prince who is now the King.

Cricket is still called the gentleman’s game because the Kiwis are playing it.