Not A Fairy Tale: How Skewed Is The Media Coverage Of Women In British Royal Family?

There is no denying that the media around the world has treated women in the British royal family as mere objects and even the monarchy has turned a blind eye towards this evident harassment. 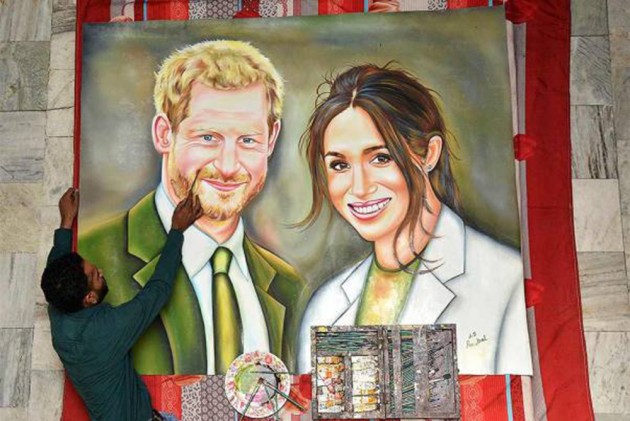 Shot last month in California, Prince Harry and Meghan Markle’s interview with American host Oprah Winfrey stirred up the world. The couple in the interview spoke about the issue of racism in the British royal family. In 2020, the couple had officially given up their respective titles and cut off ties with the royal family. Watching the interview, one cannot help but empathise with their decision.

Ever since the couple announced their engagement, everything pertaining to Meghan Markle’s identity became a hot topic in UK’s tabloid press. Whether it is her being biracial, her being a divorcee, Harry being younger than her, or just her career as an actress, suddenly everything about her identity was wrong. If one really observes the media coverage of the women in the Royal family, Harry and Meghan’s decision would cease to seem so “sudden”.

A lot of people who might have closely analysed the situation have noticed that there is a stark similarity of Meghan’s interview with that of Princess Diana’s with BBC journalist Martin Bashir. It is quite unfortunate that nothing has changed over the years. The issues faced by Diana so many years back are very similar to those highlighted by Markle in her interview with Winfrey. One of the biggest issues faced by both the women was the mistreatment and misrepresentation by the media. Even Harry talked about the gravity of the issue in the interview, “Though this action may not be the safe one, it is the right one. Because my deepest fear is history repeating itself. I've seen what happens when someone I love is commoditised to the point that they are no longer treated or seen as a real person. I lost my mother and now I watch my wife falling victim to the same powerful forces."

The editors running the tabloids during Diana’s time might have gone Scrooge McDucking in their lives because of how both, the press and the public were obsessed with Diana. Every move of Diana was not only unethically recorded by the media but was also carefully scrutinised and criticised.

On September 6, 1997, when Charles Spencer, Diana’s younger brother delivered a eulogy on the occasion of the funeral of the princess, he particularly had strong opinions about the way the press used to treat Diana. He spoke about how the “people’s princess” used to be upset about how the tabloids treated her after her divorce from Prince Charles. “She talked endlessly about leaving Britain mainly because of the treatment that she received at the hands of the newspapers. I don't think she ever understood why her genuinely good intentions were sneered at by the media, why there appeared to be a permanent quest on their behalf to bring her down. It is baffling”.

Like Diana, Meghan Markle also has been an easy target of the British tabloids. However, what Diana, fortunately, did not experience was outright racism at the hands of the media, thanks to her being white. Although, it is absolutely no surprise that the media of a country that colonised half the world perpetuates racism to this extent. A lot of people hailed Markle joining the monarchy in 2016 as progressive. However, the same year when she got engaged to Harry, he released a statement and condemned the “wave of abuse and harassment” including “the racial undertones of comment pieces” and “the outright sexism and racism of social media trolls and web article comments” that Markle had been made a victim of.

If one is to carefully compare the tabloid headlines pertaining to Kate Middleton and Meghan Markle, it is not difficult to ignore the fact that the media has very shamelessly appreciated Middleton for the same things it has bashed Markle for. In an article published by Buzzfeed, certain British publications have been listed out to show the double standards of media organisations. The same publication which talked merrily about Kate for a certain action has outrightly condemned Markle for doing the exact same thing. If one is to still say that there is nothing racist about these remarks, then they simply do not wish to see it. Take this story headline for example, “Not long to go! Pregnant Kate tenderly cradles her baby bump while wrapping up her royal duties ahead of maternity leave”. Another article’s headline by the same publication read, “Why can’t Meghan Markle keep her hands off her bump? Experts tackle the question which has got the nation talking: Is it pride? Vanity? Acting - or a new age bonding technique?”.

Another article ahead of Kate Middleton’s wedding talked about how the Duchess wanted her favourite fragrances to be delivered to scent the Abbey. It read, “It was reported that new Duchess of Cambridge requested her favourite scented candles and toiletries from luxury fragrance brand Jo Malone be delivered to scent the Abbey. A selection of candles, hand washes and lotions was requested, specifically in citrus spring scents including Orange Blossom, Grapefruit and the ever-popular Lime, Basil & Mandarin”. When Meghan Markle wanted to do the same at her wedding, it was not taken very well by the same publication. In fact, the article addressing the same has its headline calling Meghan a “dictatorial bride” and the copy read, “Meghan wanted staff to go around with these atomizers, like spritzer guns, and spray the chapel with scent before anyone arrived. Royal Household staff stepped in and told her office politely, but firmly, that this was the queen's chapel and it simply wasn't appropriate. I don't believe they said no because they thought it could affect the chapel in any way. It was simply the principle of the thing. This is a place that has held royal weddings, funerals and even contains the royal vault. I don't believe a request of that nature had been made before”.

It is disappointing that in addition to being treated as objects by the monarchy, women in the royal family have been subjected to unrealistic expectations, almost overlooking the fact that they are humans who have actual feelings and actual personalities and are more than just someone “wearing the wrong colour of nail paint at an event”.

Looking at the larger picture, one cannot deny that the media around the world has treated women in the British royal family as mere objects and that even the monarchy has turned a blind eye towards the evident harassment.

(The author is a journalism student. Views expressed are personal and do not necessarily reflect those of Outlook Magazine.)