The incentives for migrant workers are well taken. It needs to be recognised that Migration is a double benefit game. It benefits both the giver and taker. 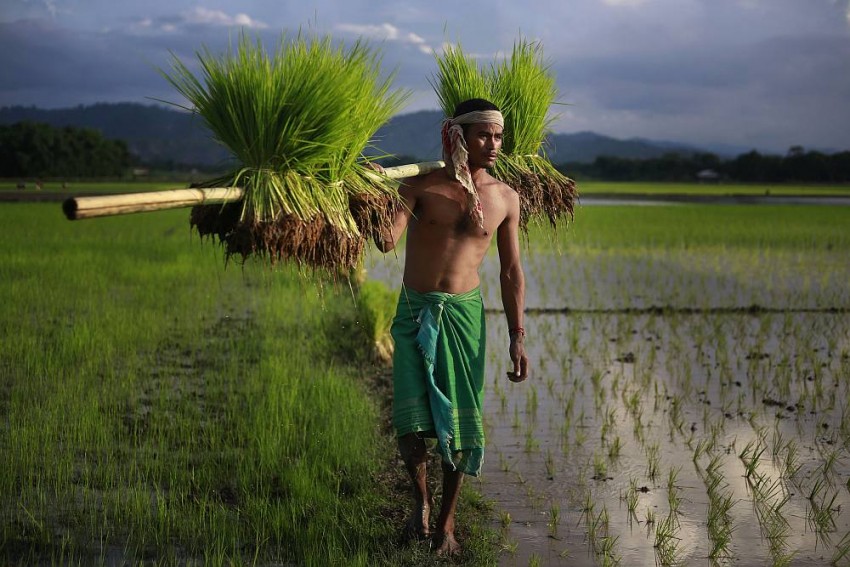 Given the political difficulties the government is going through like the impact of the pandemic on employment, and worrying nutrition levels as brought out by CMIE estimates, it is wise to give priority to anti-poverty programmes. Hence the announcement of large expenditures on health the Budget is laudable. The Economic Survey had given estimates of BNI (Bare Necessities Index), the methodology of which was borrowed. Nothing wrong with borrowing ideas, but as Ken Galbraith admonished me in an exchange in the Swarthmore College in Philadelphia, where I was doing part time teaching to make both ends meet: 'Alugh (emphasis to make a Punjabi comfortable) it takes some great actors to borrow intelligently.'

The original $1/day Global Poverty Line came from the Indian Alagh Task Force on Poverty (1976). The problem is that the programmes announced dependent on market features have no steps to ensure delivery. The BNI approach doesn't help. Announcing large increases this year comparing BE (Budget Estimates) with BEs is not kosher. BEs on REs (Revised Estimates) doesn't show much increase.

The other major area is agriculture. The announcement in the Budget to increase procurement prices is correct. But the increase in the number of farmers claimed to have benefitted would depend on the mechanisms used. The argument in the Economic Survey for again relying on the corporate sector is chimerical. The section on this in the Budget and earlier in the Economic Survey is particularly weak. The corporate sector has a long history of exploiting the farmer and landless labourer in plantations -- the Pepsi disaster in Punjab is a case in point. Farmer Producer Companies come from a committee I chaired, but experiments like the Tatas I Shakti pulses which I pushed, much against their earlier unhappy experiences in agriculture, and the Sahyadri Cooperative exporting in a big way are too few and far between to make a difference.

More so at a time when there are curfews in some parts. A farmer friend tells me he used to start his bullock cart at 4 am to reach the Ahmedabad bazaar at 6 am. Now the curfew continues till 6 am and he can be fined or caned if he breaks it. Reform relies on trade and trade is naturally restricted in lockdowns. I am old enough not to criticize steps to save lives during a pandemic but the consequences have to be faced. The milk train from Nashik to Mumbai and Mehsana to Vapi carrying fruits and vegetables are not running. So the Budget repeating the government's tall claims on APMCs needs to be taken with caution.

I agree Nandu Singh that this is not the year to worry about the Fiscal Deficit deadline, but Uday Kotak and Mihir Shah have a point that this will mean more adjustments later. The earlier figure was 5.8% which is now revised to a hefty 9.5%. This needs discussion.

The worrisome part is the fall in public investment in infrastructure. The bad habit of comparing BEs with BEs remains since these are changed in the REs (Revised Estimates). The RE figure of Capital Expenditure was Rs.4.39 lakh crores. The Budget estimate is Rs 4.14 lakh crores: an increase of around 5%, which in real terms is constant. This will not give a stimulus to the economy.

Relying as the Budget does on nudging the PSU banks is neither fair nor effective. The PSU czars never say no to their minister's announcements but only make token gestures. If the finance had raised the allocations for PPP investments the growth rate would have picked up from an average of 5% for 2020/22 to a more respectable figure. A growth rate of around 10% in 2021/22 must be aimed at to get employment and consumption going. That needs a smarter increase in infrastructure and Central government capital expenditure and investment to get the corporate sector and MSMEs whirring again.

The incentives for migrant workers are well taken. It needs to be recognised that Migration is a double benefit game. It benefits both the giver and taker. The Japanese economist Ishikawa had shown that there is a suction mechanism. Alagh, Bhalla and Bhaduri had shown this applies in India also in a well-known ILO paper about how labour goes from low productivity to high productivity areas and equalises output ratios with fixed land. It was wrong to punish the migrants. In fact, they are coming back and the incentives for that are good, but we should also use the ones left behind in the village to improve infrastructure there. Many young men are now unemployed in urban peripheries because of recession in the businesses employing them. Let's use this reservoir of experience.

It is important that the benefits for women and the girl child announced in the budget are supplemented with an employment recovery program which in rural areas will depend on a long-term agricultural strategy, not just a 7-year water plan on a one-pager or a single sentence Budget statement. This would require a long-term agricultural plan of a strategic nature. We must shed our allergy to the word Planning.