The damage caused by constitutional majoritarianism is dependent on the individual. A leader who is inclined to enforce the principle strongly will do more damage. 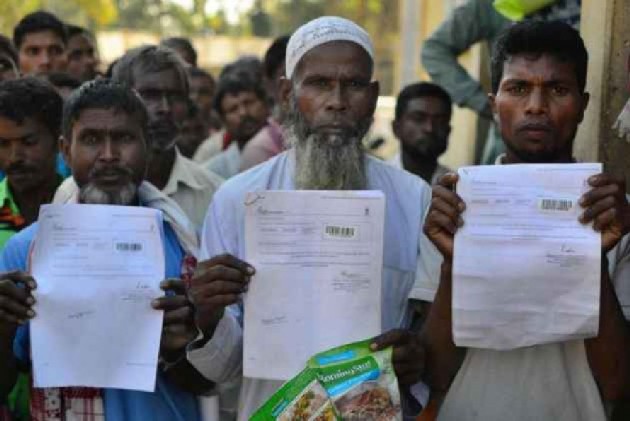 It is defined as a political philosophy where the majority community is pre-eminent and enjoys primacy, meaning more rights than other communities. This is done in two ways. It is done through law and there are examples of that which we will see. And then, there is another way, a special one, which has unfolded before our eyes.

The classic way to bully minorities is through the constitutional route. In such a nation it becomes clearly established that one set of people are more special than others. Sri Lanka’s constitution says: “The Republic of Sri Lanka shall give to Buddhism the foremost place and accordingly it shall be the duty of the state to protect and foster the Buddha Sasana.”

This line will always give the opportunity to the people in power to do mischief to those Lankans who are not Buddhist. The damage caused by constitutional majoritarianism is dependent on the individual. A leader who is inclined to enforce the principle strongly will do more damage. But the fact that the constitution orders this means that it always remains a threat.

As we observe, the primacy given to Buddhism is non-specific and benign. However, such phrasing is used as a trigger. Pakistan’s founder did not see his country as discriminating against its minorities. But he also wanted to see elements of Islam in the constitutional make-up of the country. Six months after MA Jinnah died, the Pakistan constituent assembly under his successor Liaquat Ali Khan passed the Objectives Resolution after a superb debate.

The debate was mostly between the Bengali speaking Hindus (of East Pakistan, later Bangladesh) and the Muslims. The latter wanted to include Islamic language, which they saw as non-specific and benign. This included such lines as “sovereignty belongs to Allah alone”, and that in Pakistan “the principles of democracy, freedom, equality, tolerance and social justice, as enunciated by Islam, shall be fully observed.”

The Hindus objected. They said the people using these words may be well-meaning, but they could be misused to introduce provisions that discriminated against the non-Muslims later. The matter was put to vote and it was a division by religion. No Hindu voted with the Muslims and no Muslim with the Hindus. A short time later, what the Hindus had feared came to be. Gradually, the Pakistan constitution began to take on a more negative focus and soon the posts of president and prime minister became legally only the right of Muslims. Later, through the same constitutional process, a sect of Muslims was declared apostate and persecuted.

Elsewhere in our neighbourhood, the state of Bhutan can only be ruled by a Buddhist king. He controls both the government and the religion, giving him absolute authority over his people and their lands. Till a few years ago, Nepal was a Hindu Rashtra because it was ruled by a Kshatriya king advised by a purohit as prescribed by Manu Smriti. Bangladesh’s constitution opens with the line "Bismillah ir rehman ir rahim." While it is true that the Bengalis have been less mischievous with this as the Pakistanis, the words remain and are a ticking time bomb. Constitutional majoritarianism is always in wait of the leader, who will interpret the seemingly benign words aggressively.

Let us turn now to that special way in which a nation can be majoritarian. India is special in South Asia as the only republic that has been constitutionally pluralist from start to finish. Indira Gandhi specifically added the word “secular” to the constitution’s preamble just in case it wasn’t clear. But the outside observer looking at India today will find it very little different from Pakistan or Lanka or any other South Asian majoritarian state.

Yes, anyone can become prime minister in India but no Muslim has. We can be happy with the fact that unlike in Pakistan we have had Muslim presidents but a Pakistani president has real power unlike our rubber stamp. If they had the authority to dismiss parliament, I assure you we would not have made a Muslim president of India.

What has happened is that in India the majority community has cornered every element of power and marginalised the minority, especially the Muslim, but also the Dalit and the Adivasi, while also claiming to be pluralist.

We lie to ourselves that we are different but of course we are not. We have done majoritarianism through other means. The Citizenship Amendment Bill, read together with the National Register of Citizens, will prove what I mean. Our actions in Kashmir, in Assam, on the issue of terror also show this. The appalling Babri Masjid judgment (also known as the Ayodhya case after we destroyed the mosque) can be seen as a textbook example of majoritarianism pretending to be something else.

The fact is that the Indian model of majoritarianism is more subtle and less crude but just as deadly. It assumes that one community is pre-eminent and gives it primacy and a special place. At the same time, we spit on the minority with the accusation (totally false as all the data on employment, housing and any other indicator will show) that they are recipients of “appeasement”.