Opinion: Of BJP's All Efforts To Backtrack On NRC, PM Modi's Most Pathetic

In its election manifesto for the parliamentary polls, BJP affirmed commitment to the 'enactment of the Citizenship Amendment Bill' and to 'implement the NRC in a phased manner in other parts of the country.' 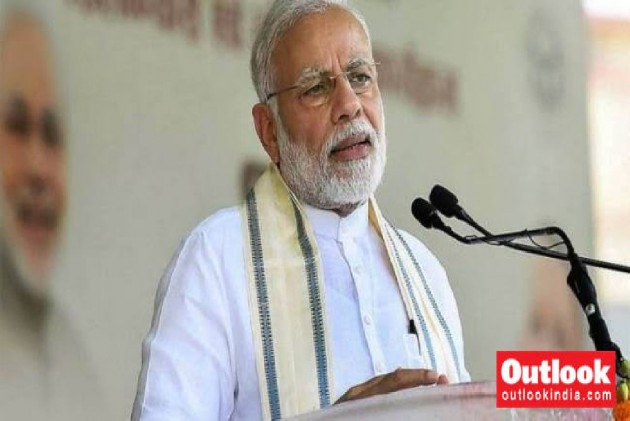 "Conceit is injurious to political health," should be the statutory warning for politicians, in office of power, or out of it. The homily, however, was missed by the government and BJP. The results of assembly elections in Maharashtra and Haryana handed out a warning in October. Yet, Prime Minister Narendra Modi and his associates, most notably union Home Minister, Amit Shah, chose to ignore it. The two of them continued believing in the strategy which worked for the Lok Sabha polls -- supplanting economic woes of people with a nationalistic narrative -- would suffice once again.

In its election manifesto for the parliamentary polls, BJP affirmed commitment to the "enactment of the Citizenship Amendment Bill" and to "implement the NRC in a phased manner in other parts of the country." But the party had also promised to "clarify the issues to the sections of the population from the Northeastern states who have expressed apprehensions."

Neither did the Modi-Shah duo reach out adequately to the people in the region where the BJP is the new dominant political force, nor did the power duo realise the extent of opposition CAA would generate in the rest of India.

OPINION | Why Are The Big Guns Of Bollywood Silent On CAA And NRC?

Possibly, the BJP became smug due to muteness of Muslims, as well as those from other communities who are not supporters of the Hindutva idea, who did not erupt in protest at the Supreme Court's judgement on the Ram temple issue. Arrogance spoils the finest of genius. By the time the BJP realised that Shah's repeat of the NRC 'is now imminent' mantra had a negative impact, nationally as well as, internationally, it was too late.

From Shah's statement in Rajya Sabha on December 12 that CAA and NRC were not intertwined, to several union ministers and BJP leaders' claims that NRC was not in the pipeline for the moment, to Modi's mournful clarifications on Sunday, December 22, the BJP has made several attempts to recapture the lost ground. Of all the efforts to backtrack from Shah's exuberance in Lok Sabha on December 9, Modi's effort is the most pathetic.

It is indeed a paradox -- or may be even poetic justice -- that barely days after he claimed that ant-CAA protesters "could be identified by the clothes they wear", Modi made laboured efforts to secure certification of secular action. He was at pains to point to the non-discriminatory welfare schemes his government has either continued from the UPA era -- with or without modifications -- or introduced after coming to power.

Political parties often fell between two stools, most famously Rajiv Gandhi's, whose efforts at securing support of both Hindus and Muslims by pandering to communal elements in both communities, largely triggered BJP's spectacular rise in the 1980s. The BJP is now caught in a similar quandary although it is not trying to secure backing of Muslims by projecting Modi as the "good cop" as against the "bad cop" image of Shah. These beleaguered efforts would put-off the party's core constituency.

Modi is now displaying a benign -- even inclusive -- face because of the damage CAA and linking it to NRC has caused to his international image. After having laboured since 2014 to secure acceptance on the global arena, Modi has now faced virtual reprimands from several nations, most notably Bangladesh, by far his most consistent south Asian neighbour. Additionally, the carefully planned summit with Shinzo Abe in Guwahati, which was to send multiple signals, most importantly to Beijing, had to be indefinitely postponed. Allowing the CAA-NRC linkage to continue as a major narrative, would have further risked Modi's international standing besides forcing further alterations in India's foreign policy priorities.

However, getting Indian people to settle for this and take back the movement is not going to be easier said than done. In Assam, for instance, people are primarily campaigning against CAA as they have already been heaped with a defective NRC. The BJP and its allies within the Sangh Parivar have consistently argued since the days of the Assam agitation that distinction must be made between "Hindu refugees" and "Muslim infiltrators". But for people of the state, this reasoning cut little ice.

It is pertinent to recall that prior to assembly polls in Assam in 2016, the party released 'BJP Assam Vision Document 2016-2025'. On the sensitive issue of influx of people from Bangladesh, the party committed itself to "protect the identity of the Assamese." Towards this, the party promised a new law aimed at stopping Bangladeshi infiltrators from getting employment in the state whether in industry, business or any other agency. The party also pledged to work closely with the Centre for "complete sealing of the Indo-Bangladesh border in the state" if voted to power.

The CAA, which legitimises Hindus who emigrated from Bangladesh even after the cut-off date as agreed under the Assam Accord will now become eligible for Indian citizenship and become competitors for jobs and most importantly, land and other immovable properties. The people of Assam see this as a threat to their livelihood and identity. The protests may have died down for the moment and normalcy is returning to the region. But there is no knowing when the situation will flare up once again and if whether the situation would degenerate into inter-community violence or not.

Outside Assam and other north eastern states, the protests are firstly, not restricted to Muslims and secondly BJP edifice is showing signs of a crack. Protesters may be somewhat assuaged by the delinking of NRC from CAA. Yet, it is still possible that many may canvass that CAA is the legislation to worry more because it will hereafter define citizenship on religious identity. With CAA remaining law, NRC shall be but a Damocles Sword hanging over the head of.

Secondly, regardless of how the present agitation continues, the stir has energised the party's adversaries and the episode has shown vulnerabilities of the Modi-Shah combine. Given this development, one can expect more instances of contestations between BJP-government and its critics.