The protection provided by the Constitution to the tribes are not being diluted or amended. There is no reason for the indigenous people to protest. 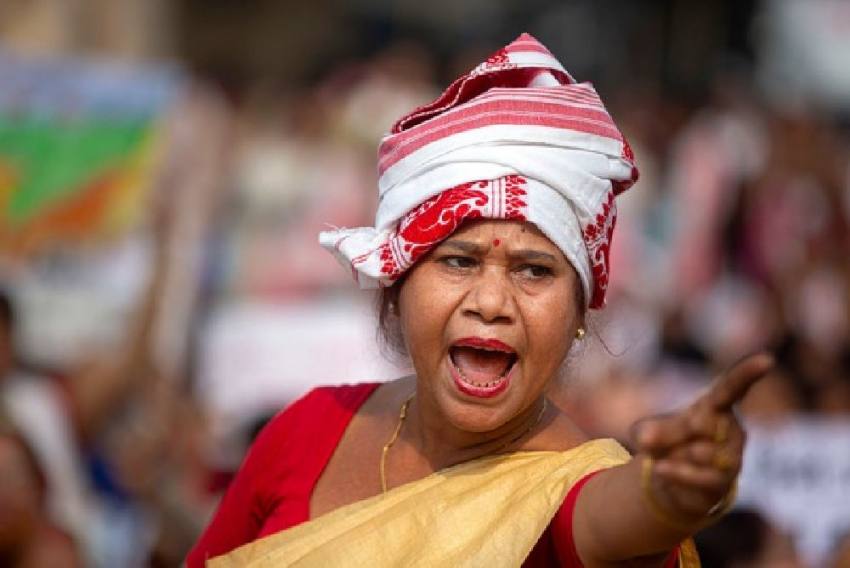 A woman shouts slogans during a protest against the Citizenship Amendment Act in Guwahati.
AP Photo
Prof. T.V. Kattimani December 21, 2019 00:00 IST OPINION | Why North-Eastern Indigenous Tribes Are Up In Arms Against CAA 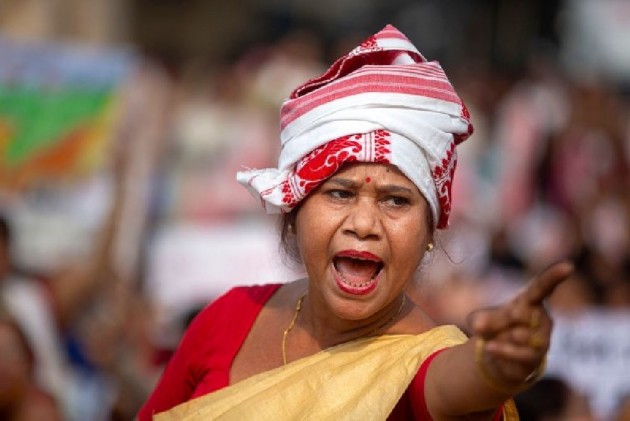 The Citizenship Amendment  Act (CAA) recently passed by both houses of parliament and signed by the President has generated furious and violent reaction in several parts of India. The North-Eastern states and various campuses of universities in these states have also shown a sharp reaction against this law.

But why are indigenous communities in the North-East reacting against this bill?

There is a feeling among the indigenous tribes that they would have to share their land, economic resources and job opportunities with Hindu refugees who had migrated from Bangladesh and other countries. They are also worried that their indigenous culture would be harmed.

The communities feel that the entire political demography of the region would change. Insecurities abound that they would lose their government jobs to the Hindus who would become new citizens under the CAA.

It is true that Bengali Hindus who came as refugees from Bangladesh may get citizenship under the new law. But many of the insecurities have no basis. Some -- the political ones – are related to the underdevelopment of the region.

The Central government has repeatedly clarified that it would not dilute Article 6 of the Constitution and the inner line system giving special powers to some of the states in the North-East. There is no move to dilute any reservation of jobs for indigenous Schedule Tribes (ST) groups.

Tribal youths and students in these areas are protected by various positive discriminatory policies in the Constitution. These policies and reservations are not going to be affected by any new entrants of citizens. Moreover, among the refugees from Bangladesh, there are not many tribal or indigenous people who can claim similar protection.

It is a well-established fact that any new entry of citizens or migrants in any social sphere does not cause harm to any culture. On the other hand, it contributes to the expansion and enrichment of local cultures. Various global studies and social researches have shown that they contribute to the development of existing societies and communities.

The sense of insecurity, which is growing among the tribal population, is because of the loss of their traditional economic structures and lack of education. The government needs to provide tribal language-based education in which dominance of English should not affect their cognitive structure of learning.

What I observed during my fieldwork in North-Eastern states is that every big community feels insecure in relation to the other big community. Every community feels that their opportunities may be taken away by other communities. There is a need to overcome these insecurities by initiating various developmental schemes for these societies. The unequally located social structures should be provided with equal developmental spheres.

The aggression by the students and their insecurities should also be understood. Student politics, mostly linked to political parties, have also contributed in raising suspicions against the CAA. The government and civil society groups should organise various kinds of awareness meetings, public discussions and debates in the campuses to answer to the objections raised by the youth.

Although no impact is likely on job prospects for the reserved or protected categories, the CAA is likely to affect the job scenario in the general category in North-Eastern states. The Central government can help. It can provide special packages to these states to offer various skill-based job opportunities. The industries in the North East region can also be supported by worldwide marketing linkages. The culture, music and art of indigenous people may also be promoted through the tourism industry.