Orwellian Dystopia Is Here, So Is The New India 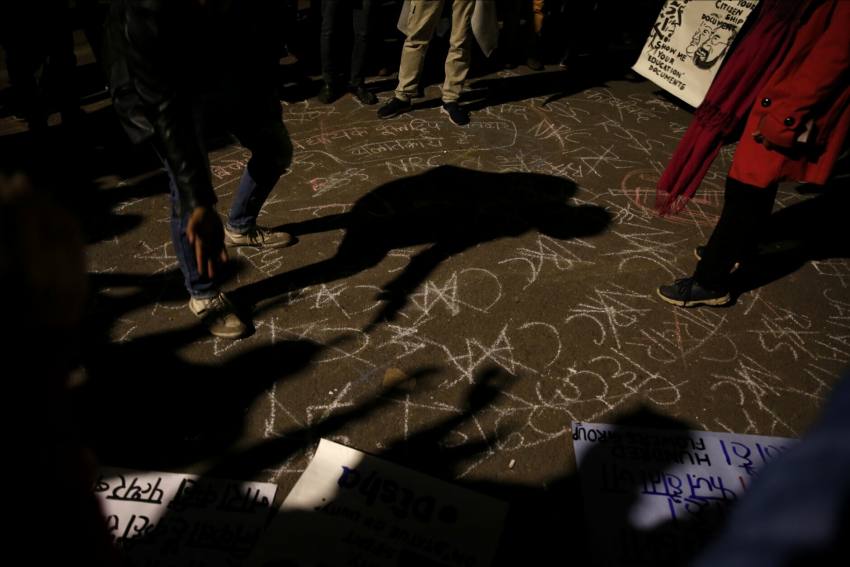 At a time when the whole word is fighting a life and death battle against a pandemic, the way people are being rounded up and sent to jail bears part resemblance to the country of Oceania in George Orwell’s book 1984. We are hopeful of finding a vaccine for Covid-19, which is acting like a death warrant, soon, but liberty may not come back in public life, as we have so long known it. The new normal in democracy is frightening.

Recently, two prominent human rights activists—Gautam Navlakha and Anand Teltumbde— were arrested for their alleged involvement in Bhima Koregaon case. Police knock at the door of activists and journalists alike because they are perceived to be opposing the ideology of Hindutva or speaking up against detention of those who protest against controversial laws.

Compared to Oceania, though, India has a Constitution with a chapter on fundamental rights enforceable by the judiciary. However, when Navlakha and Teltumbde sought additional time from the Supreme Court to surrender before the trial court in the Bhima Koregaon case, the court rejected it, rescinding its own observation earlier, i.e., bail, not jail to the accused, thereby concurring with the government, effacing its own purpose under the Constitution. The court overlooked that the government of the day is representative of a tiny minority (considering statistical absolutes), but the judiciary represented constitution and citizens of all ideological persuasions.

In Oceania, the ruling party’s ideology is socialism that “rejects and vilifies every principle for which the socialist movement originally stood, and it does so in the name of socialism." Similarly, Hindutva rejects foundational principle of Hinduism, Vasudhaiva Kutumbakam (the world is one family), in the name of Hinduism.

The government claimed that the CAA is neither anti-Muslim nor anti-human, though, it has no logical answers on reports of building detention camps across the country.

Oceania is a state where  doublethink is the norm, which Orwell defined as ‘the power of holding two contradictory beliefs in one’s mind simultaneously and accepting both of them, such as, ‘India is home to diverse cultures, India is a  Hindu Rashtra; Gandhian principles are foundation of constitution, constitution does not reflect Indian ethos.”

While at play, this doublethink becomes doublespeak that Orwell describes as, “to tell deliberate lies while genuinely believing in them, to forget any fact that has become inconvenient, and then, when it becomes necessary again, to draw it back from oblivion for just as long as it is needed.  In Oceania, the ruling party members distort reality and doublethink is method to achieve it.

Presently, the followers of Hindutva are demanding doublethink from its citizens, and those who do not agree with or resist this state of ‘cognitive dissonance’ are being questioned.

In Oceania, propaganda captures mind of people by constant bombardment of manufactured statistics, stigmatising opposition, and arousing hate. Recent media coverage of Shaheen Bagh protests comes close to, how Emmanuel Goldstein, the opposition leader in the book, is portrayed—as a traitor.

In Oceania Thinkpol (thought police) is entrusted to detect, arrest, and kill thought criminals, citizens whose intellectual, mental, and moral independence challenges the political orthodoxy of Ingsoc. They spy upon the people through ubiquitous two-way telescreens. Indian government’s National Intelligence Grid and facial recognition system will perform similar tasks. So, when the police raid people’s house, seizing cell phones and computers, they already establish guilt by thought and association as they know, with whom the seditious citizen has spoken. This is possibly going to be a new normal in new India that might find hard to pass as anything but democratic.

(The author is a Melbourne-based researcher and author. He earlier taught political science in Delhi University and was the national general secretary of the People’s Union for Civil Liberties. Views expressed are personal.)