'Patriotism Is Last Refuge Of Scoundrel.' Just Look At United States And India

The facts have become unimportant and useless. What is important is the constant shouting of patriotism and the abusing of rivals as traitors, even as it undermines the interests of the people. 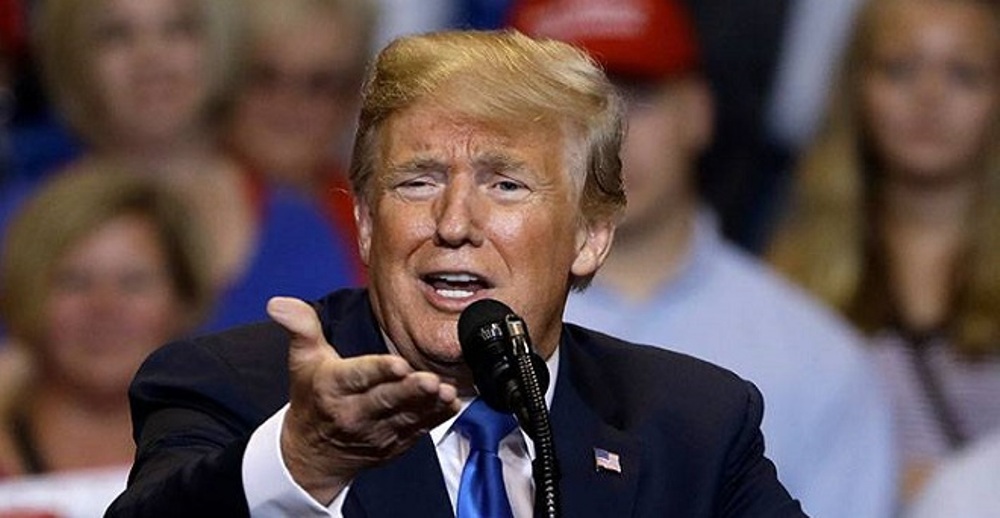 Samuel Johnson, who compiled the English dictionary once said: “Patriotism is the last refuge of the scoundrel.” Meaning that any crime and any misbehaviour was tolerated as long as it was committed by one who kept shouting that he loved his country. And, on the other hand, the individual who questioned the behaviour of the country or government was a traitor, no matter how noble he/she was. In our time and in our country, too, this is true. I will come to that later. First, let us look at what is happening in the United States of America. President Donald Trump is about to be impeached by the House of Representatives. The US Senate will then decide whether to acquit or convict him.

Presidents have immunity against crimes committed while they are in office, but they can be removed through impeachment. Bill Clinton was impeached by a Republican majority House, but acquitted by the Senate a couple of decades ago. Such things are determined more by party politics than by actual guilt. Trump has been accused, since being elected, of colluding with Vladimir Putin. It is indisputable now that Russia has maliciously interfered with, influenced and obstructed the democratic process in America. Using social media and fake news, it helped ensure Hillary Clinton lost the 2016 election and Trump won. Both -- the CIA and the FBI -- under Trump have said this.

Following the various revelations, it was decided to set up an independent investigation under the former FBI director Robert Mueller to look into the Russian interference. After the Mueller report, several Trump associates were convicted of wrongdoing. The list included Michael Flynn, Trump’s national security adviser, who was jailed for lying to the FBI. Rick Gates, Trump’s deputy campaign manager, was guilty of conspiracy against the United States and making false statements to FBI agents.

George Papadopoulos, a Trump foreign policy adviser, was jailed for making false statements to the FBI about his contacts with Russians during the campaign. Michael Cohen, Trump’s lawyer and fixer, pleaded guilty to lying to Congress about the 2016 presidential campaign. Paul Manafort, Trump’s campaign chairman, who pleaded guilty to conspiracy against the US and conspiracy to obstruct justice is also in jail.

Trump’s son and son-in-law have been in meetings with Russian operatives. Some of the Russians in the meetings have also been convicted of spying, showing this was endemic. But the illegal activity has not ended there. Trump has used campaign money to pay off women that he had slept with and that is illegal. Now, it has become clear that he was blackmailing Ukraine to take action against his rival Joe Biden by withholding a military aid package passed by the US Congress. In every possible way, he has undermined the democratic process and acted against the interests of his nation.

But all through drama, Trump has been pretending to be the nationalist and the patriot. It is his slogan that says "Make America Great Again", though he is acting against his nation’s interests. After whistleblowers in his administration alerted Congress to the Ukraine call, Trump turned around and accused them of acting against the nation’s interests. He calls them the "deep state", alleging that they want to take control and undermine democracy. The facts are clear about who is doing the illegal activity, but the facts do not seem to stop the side backing Trump from saying that it is they who are acting against the anti-nationals. They use the hatred of immigrants and Muslims as the primary weapon to mobilise their base and any illegal action that they take is forgiven because they take this extreme position.

Because Trump is still popular with certain parts of American society, especially white working-class men and women, his party is doing the cowardly thing. Most of them are either running away or enabling and defending his behaviour. There seems to be no defence against the false patriot who peddles slogans.

This is a cautionary tale. This is what happens to countries where the mad and rabid narrative of nationalism takes over, something we are seeing in India as well. The facts have become unimportant and useless. What is important is the constant shouting of patriotism and the abusing of rivals as traitors, even as it undermines the interests of the people.

Just like in India, the US media, too, participate. Trump has strong backing through all of his wrongdoing from particular news channels. The newspapers, which tend to be more fact-based, he has declared war against. This week, Trump ordered the banning of The New York Times and The Washington Post from all Federal offices. This is the level of pettiness one descends to through the defence of bogus nationalism.

It has become an acceptable substitute for actual patriotism, which means love for the people and not a hatred of something. And it is very difficult to remove from the system once it is inserted, as America is finding out.