Personal Liberty? Over To You, M’Lord 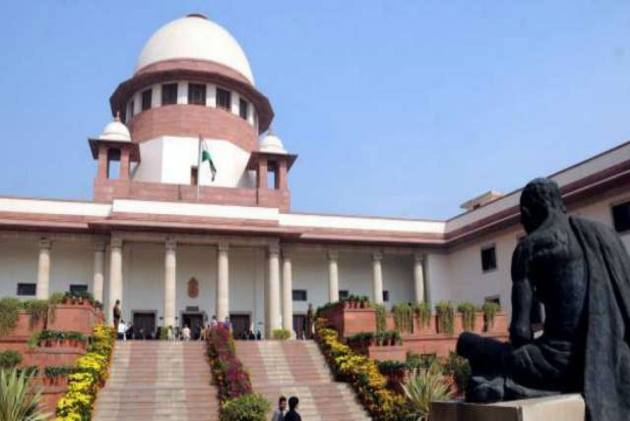 The Supreme Court’s recent observations on the paramount importance of personal liberty has come in for praise as well as criticism from a range of informed quarters.

Some found Justice D Y Chandrachud’s remarks—ironically while granting interim bail to a controversial television anchor in a case unrelated to his journalistic work—laudable and hailed it as a blow for personal liberty. Many others, however, slammed the apex court for giving selective relief with such alacrity, even while on vacation, to a wealthy, high-profile owner-editor of a channel close to the ruling party and represented by an equally high-profile London-based lawyer who is also close to the BJP government. Such criticism drew attention to how journalists, academics, students and activists have been languishing in jails across the country for months without getting bail or even a regular court hearing.

The anchor involved is close to the ruling BJP and his arrest is, perhaps, the only case which leading lights of the Union Government and some chief ministers thought fit to condemn as an attack on freedom of expression. The relief provided to him by the Supreme Court is in stark contrast to so many other cases where people have been put behind bars and their personal liberty trampled upon without any charges being proven against them.

Yet, the court’s observations and the bouquets and brickbats it drew lay bare that in today’s India liberty is truly endangered. The second point which emerges is that rich, powerful, political players who are patronised by the powers that be are assured of prompt judicial intervention in defence of their personal liberty. Third, all are not equal when it comes to being able to secure bail or a court hearing. Fourth, judicial relief can be chancy if not arbitrary as the judiciary is unmoved by the draconian acts of state agencies against people who dissent. Fifth, India, as political scientist Pratap Bhanu Mehta pointed out, is sliding into “judicial barbarism”, from which there might be no escape for the citizen who exercises his liberty lawfully but offends the ruling forces at the Centre or in the states. Lastly, Justice Chandrachud’s observations on personal liberty are a grim reminder that personal liberty is not the norm in today’s India, proven by the fact that it had to be dished out as a priority to a professionally discredited but politically privileged TV anchor.

Justice Chandrachud waxed eloquent about personal liberty. Among his remarks are:

The court was firm that it must send a message to high courts to "exercise your jurisdiction to uphold personal liberty".

Has the message gone out? Has it been received? In the days since the Supreme Court’s observations of November 11, there is nothing to indicate that its words have had any effect on the courts, governments, the police and prosecuting agencies. In hundreds of cases especially of political vendetta, suppression of dissent, arrests of academics, students and activists for protest activities, blatant misuse of power and partisan police actions, and the victims have been granted neither regular hearings nor bail.

Hundreds of habeas corpus petitions from Kashmir have been put off indefinitely. Father Stan Swamy, a social activist in his mid-eighties and suffering from Parkinson’s, has been denied a straw to drink water because the investigating agency wants 20 days to respond to the request. Eminent poet Varavara Rao, also in his eighties, who has multiple afflictions and is practically dying has been denied bail; as have scholar Anand Teltumbde, activist Sudha Bharadwaj, student leader Umar Khalid and anti-CAA activists in Delhi and Uttar Pradesh. By arresting people under the non-bailable UAPA  (Unlawful Activities Prevention Act) and tarring those detained as “Urban Naxals”, “Maoists”, “anti-nationals” and such in terms which evoke fear and prejudice in public minds, the police and governments have denied bail, hearing or trial to so many for long periods.

These are undeniably cases of denying personal liberty. These lives are placed “on the path of destruction”, to use Justice Chandrachud’s phrase.

Is the Supreme Court serious about making the high courts and lower courts take up the cases of these less equal citizens? How does it propose to do it? Will the apex court, in “case after case”, stop high courts from denying personal liberty? Will the eloquence of Justice Chandrachud remain just that? Or, will the Supreme Court show that it can really uphold our constitutional rights and freedoms and protect personal liberty from executive excesses and arbitrary transgressions?

Should the contempt case against Kunal Kamra, for which the Attorney General has given his nod, be taken up on a priority basis, there may be other clues to the fate of our personal liberty.