The Hathras rape case brought forward the barbarism of those who sit at the top of gender and caste hierarchical systems. 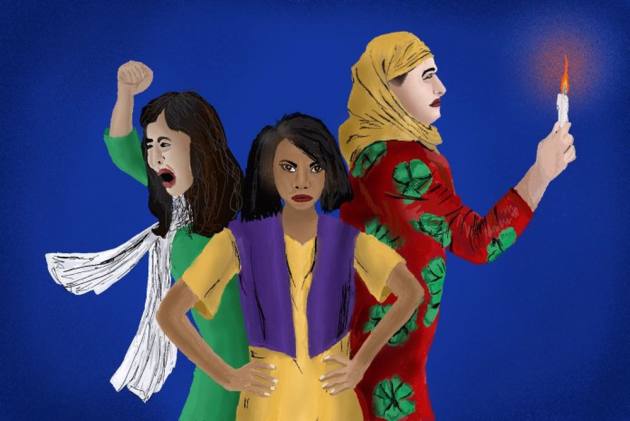 India as a country wakes up to the news of rapes, domestic abuse, acid attacks, and physical violence every day. Yet the situation keeps getting worse except for social media outrage in certain cases that come into the limelight. Caste, colour, gender, and religion have been the basis of discrimination in our country. And those lying at the intersection of these parameters suffer the most.

The Hathras rape case brought forward the barbarism of those who sit at the top of gender and caste hierarchical systems. The police in the district burnt the dead body of the victim in the sheer darkness of the night as her family kept protesting against it. The family of the victim was not allowed to meet anyone from the media and their movement outside their house was highly restricted. The authorities were so keen to support the influential perpetrators in the case that the reports showed no evidence of the rape with the teen girl.

Governments have time and again made false promises of ensuring safety instead of bringing stricter laws and putting fear in the hearts of those who perpetrate assault. The Madhya Pradesh government recently brought a proposal in the state legislative assembly that women moving out of their house for work register themselves at the local police station so that they can be tracked for their safety. In place of being a practical solution to public place harassment, the move encroaches into the personal lives of women thus ripping them off their right to privacy. Irrespective of the technical requirements and the highly limited police workforce, the proposal also ignored the violence that was behind the closed doors of a household where a cop cannot be deployed to tackle crimes against women.

Fast-track courts remain a far-fetched promise for assault victims in India who even pass away before their cases are heard and justice is served. Bombay High Court in one of its proceedings observed that molesting a minor without skin-to-skin contact is not a punishable offence under the POCSO act. This stirred a wave of protest by women across the nation who understand that outraging a girl's modesty in any way possible leaves a lifelong fear and dismay in the heart of the victim.

Altogether 36 countries in the world have not criminalised marital rape yet and India is one of them. Hiding the heinous crime under the veil of “sanctity of marriage”, our patriarchal society continues to make men consider marriage as a permanent consent for sex, and the same was reiterated by the Supreme Court in one of its recent verdicts. Our society and the Chief Justice of India S.A. Bobde equally believe that making a woman marry her rapist is the end of her trauma and not the amplification of it (On Monday though Bobde retracted saying he was misquoted). Coming from the highest justice authority, this dismantles the entire belief all sexual assault survivors have left in the judicial system.

Women are constantly questioned for their choice of career, dressing, and lifestyle. They are morally policed by society, their bodies are sexualized right from their choice of wearing dresses to applying makeup. Instead of punishing attackers for the heinous crimes they perpetrate on women, victim-blaming and slut-shaming a woman for the choices she makes is what our society resorts to save its “honour”. The bare light of justice diminishes when the pillars of democracy themselves fail the women of its country.