The negative rhetoric seems to be dividing America on political and racial lines. Instead of making America great again, this divide is pitching citizens against citizens and building hatred and animosity. 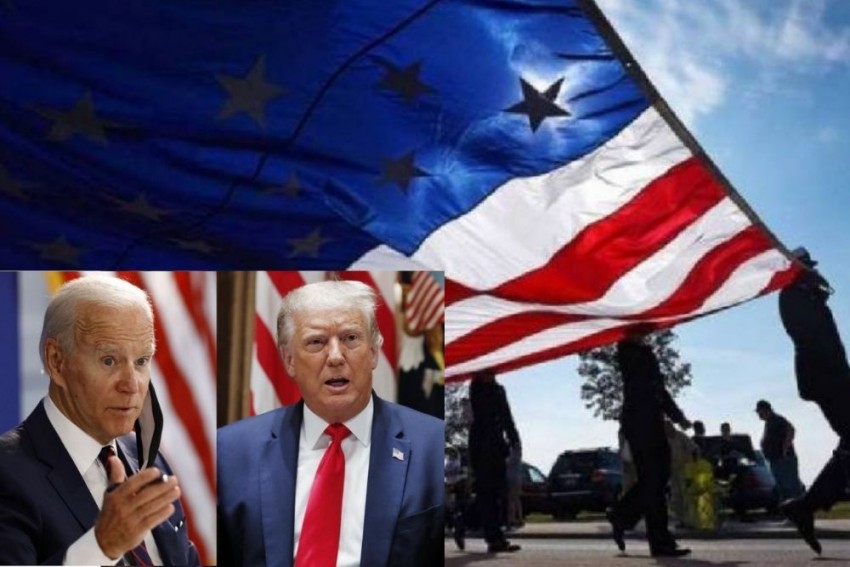 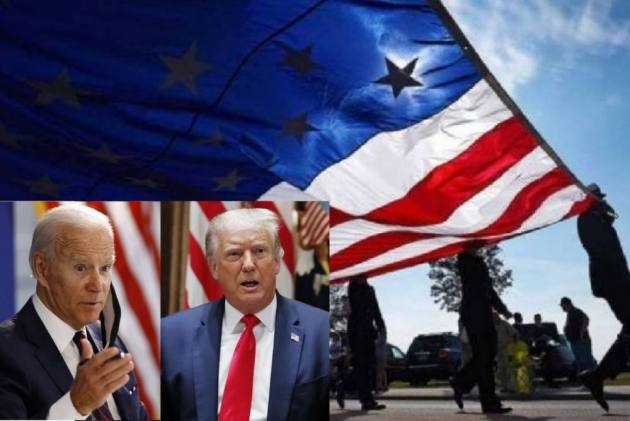 Americans are experiencing déjà vu all over again (a phrase made famous by baseball legend Yogi Berra) as the next presidential election campaign is heating up with nastiness, mudslinging, and divisive political polarization. Real news, fake news, and infamous action words like 'dumbfakes', and 'deepfakes' are well acknowledged in the campaign propaganda. The social media channels are providing larger venues to fan the flames of negativity.

The two mainstream candidates, Donald Trump and Joe Biden are duking it out to grab the most coveted prize as the head of the most powerful nation in the world while Americans are worried about high unemployment, economic downturn, stock market chaos, crime, poverty, racism and gender biases, and. Additionally, uncertainties caused by the deadly coronavirus pandemic continue to haunt the country.

For many Americans, the ugly side of the 2016 election is still haunting them. The 2016 presidential election was an unexpected and total surprise for supporters of both presidential candidates. The grassroots support was steady and stable despite Mr. Trump’s misgivings and lack of political expertise. He put up an aggressive campaign hashing out and pounding down many improbable assurances. He preached to them what they liked to hear, repeatedly, and emphatically. His followers approved this non-politician, Washington outsider, and listened to his mantra, "Make America Great Again". He was able to connect with his voter base with brash, blunt, and sometimes bully talks, unlike other politicians who believed in conventional correctness. Amid allegations of racism, sexism, bigotry, and nasty rhetoric, Mr. Trump came out victorious. Thus, he stunned his followers and detractors alike.

The election result was a blow to the intelligence of many. It failed political pundits, predictors, and pollsters, and the common-sense man who believed in decency and decorum. Thus, as one side drowned in guilt and self-deprecation, the opposing side rejoiced in the unexpected victory.

What happened to the promises?

Once the emotions of the campaign faded into the realities of the presidency, promises made during the campaign become a burden as they got entangled in the complicated legislative process. American political system is different as the built-in checks and balances entrusted on each of the three branches of the US government play a role in many of the legislative actions.

The promised 'artistically beautiful' tall wall along the southern (Mexican) border was a highly contentious issue that never came to fruition. Similarly, illegal immigration, affordable healthcare (aka Obamacare), bringing back American factories and jobs from overseas, improving law and order situation, etc. faced many roadblocks. Some of the initiatives were dropped midway through due to strenuous opposition. Many other controversial ones drowned in bureaucratic boondoggle and became part of a string of broken promises. Mr. Trump’s scattershot foreign policies on climate change, trade and tariff, and nuclear treaties further isolated America from her allies. Surprisingly the economy grew along with a substantial stock market growth until the pandemic hit.

Of course, the President has enormous powers, but the checks and controls built into the system moderates his powers. As the promises were complicated and many of them required US Congressional support they got stuck in the legislature or courts.

Déjà vu all over again

Fast forward to 2020. We see two bitterly opposing faces of America once again: the tolerant, democratic, and a believer in international causes on one side, and a more divisive, insular, and selfish group on the other side. According to reports, the base that propped up Mr. Trump in 2016 is still 'very angry and frustrated' on many issues including big government, gun control, abortion legislation, immigration, globalization, etc. Even now, this base is strong and difficult to penetrate. Thus, Mr. Trump is preaching to his choir the same old 'America first' values. However, that policy has alienated many of America’s allies. And now, the pandemic is exasperating the situation further.

The negative rhetoric is awfully louder than last time. It is dividing America on political and racial lines. Instead of making America great again, this divide is pitching citizens against citizens and building hatred and animosity. Toning down the rhetoric to appease both sides of the great divide is not an easy task since ‘divide and conquer’ seems to work for the far-right politicians. Prudent and rational-minded people are the minority, and their voices seldom get to the top. Yet, they are trying to bridge the gap by raising their voices to a new level. However, the division America faces today is deep and real, and it may take a long time to heal and come together.