We already see more people turning to meditation, yoga and monastic practices. The 'going inward' is being used as a vital framework for salvation from the current crisis. 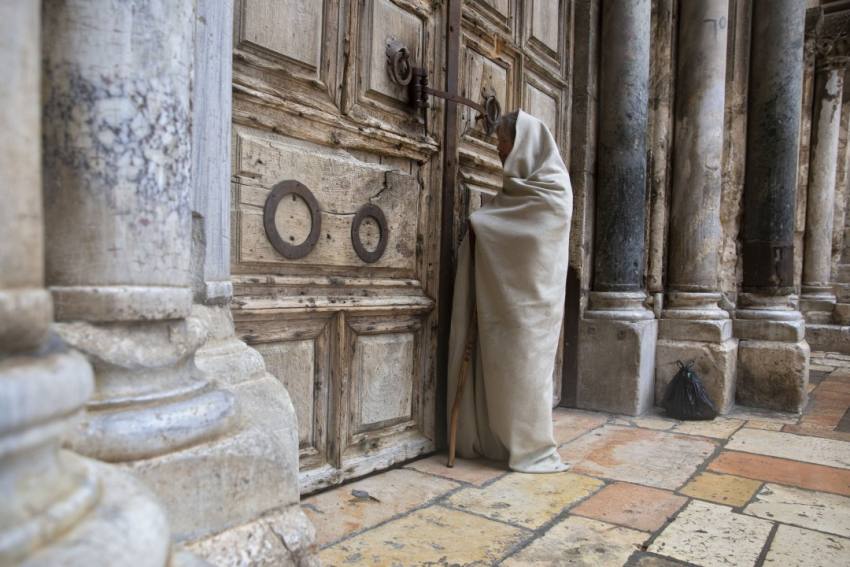 A Christian woman stands at the closed door of the Church of the Holy Sepulcher in Jerusalem
AP Photo
Priyadarshini Sen July 23, 2020 00:00 IST Post-Covid, Will Religion Become More Individualised And, In Turn, Lessen Hostilities? 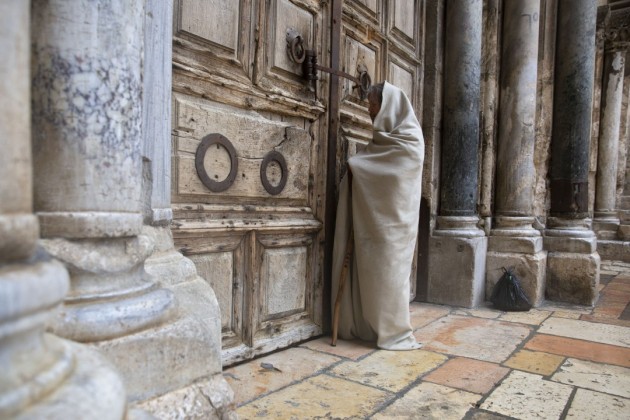 German sociologist Hans Joas, in a recent conversation about the religious and secular dynamics of social thought, said even in times of crisis there is a sense of solidarity. But social distancing and mutual isolation have set the coronavirus crisis apart. What effect can the pandemic then have on the community practices of religion?

Will religion become more personal in our post-COVID-19 world? Will the pandemic shake the very foundations of congregational religion, making people retreat into their inner capsules of faith or take religiosity to unseen heights?

Congregational religion has traditionally enabled people to understand the world and be part of a historic community of believers, while fostering new ideas about life, death, war and peace. But after the bubonic plague of the fourteenth century, distrust of the church grew in Europe as prayers and supplications did nothing to stop the spread of the disease. It even led to the decline of a unified Christian worldview during the Protestant Reformation.

With the coronavirus pandemic, we see people turning more inward as places of worship continue to alter their faith modalities. Believers have chosen to stay out of large religious gatherings, preferring to demonstrate their piety and faith on personal platforms.

While some religious gatherings have been targeted as disease vectors, others have been vetted despite blatantly contravening social distancing protocols. Caught in this confusion, the believer is struggling with the notion of community as central to religious life.

Since March, festivals across India have been cancelled or celebrated mutedly. Gudi Padwa processions were cancelled in Maharashtra; the Karaga festival of Bangalore was called off for the first time in 150 years; and Easter and Eid-ul-Fitr festivities were scaled back.

On Monday, Saudi Arabia said only 1,000 Muslim pilgrims as opposed to 2.5 million would be allowed for the Hajj pilgrimage in the holy city of Mecca. There’s a pall of uncertainty over Ganesh Chaturthi and Durga Puja festivities defined by effervescent collective spirits. The Amarnath Shrine Board has announced “virtual darshan” of morning and dusk prayers.

While these may be immediate responses by governments to tackle the spread of the coronavirus, the vulnerabilities of religious life have spilled through the cracks.

Priests and religious actors are increasingly leaning towards new technology and social media platforms to charge the community spirit and hold their faith groups together.

These virtual platforms may tenuously hold communities together and even enable their sustenance for the time being, but it’s another matter to doctrinally embrace virtual religion as congregational faith. Digital religion reshapes congregational dynamics. Attending rituals on interactive platforms dampens the intense emotional experience of group-worship.

Social interactions not only nurture community ties but also provide succour to the ecosystem built around places of worship—from flower and sweet sellers to peddlers of prayer wares, fortunetellers and priests. Now, their futures are shrouded in uncertainty.

Despite these odds, some faith actors have been scouting for new opportunities in the physical landscape to keep their communities intact. They are providing spiritual care beyond their flocks, are feeding the poor and providing basic amenities to the vulnerable.

Their attempts to show social disruption as the doorway to mobilising greater levels of engagement and commitment among the faithful are, however, ridden with challenges.

As a starting point, faith leaders have to be cognizant of believers’ needs for communal practices such as bodily participation in rituals without being present in a community setting; they need to come up with non-conventional ideas on practicing the communal dimension of religion without relying solely on technology; they also need to guard against an already-vitiated social media scene to scapegoat community members and practices.

Even if they do break new ground, the shift to personal devotion as the essence of religion can’t be wished away. Scriptures and ancient religious texts are strewn with words such as piety, obedience and truth over calls to collective worship.

We already see more people turning to meditation, yoga and monastic practices. Some are adopting Buddhist ideas of insightful thinking, mindful practice and contemplation. The “going inward” is being used as a vital framework for salvation from the current crisis.

The pandemic has also sparked a wave of innovation in online religious services. Startups are now collaborating with places of worship to air their rituals live on virtual reality platforms, allowing devotees to seek divine intervention from their homes.

Riding this religious innovation wave, a priest in Kerala has installed an idol of Corona goddess with red tentacles in a makeshift shrine near his house to ward off the virus. He says the shrine isn’t intended to draw devotees but honour his personal faith in Hinduism.

If religion indeed became more individualised, will it lessen antagonism and inter-religious rivalry allowing more synergistic traditions to evolve in the post-Covid world?

It remains to be seen what strategies the religious establishments and other players such as the state will use to shape the sacred realm even as individual practices continue to evolve.

(Priyadarshini Sen is an Independent Journalist based in Delhi. She writes for India and US-based media.)