Pre-Inauguration, Musings On What It Means To Be An American

Third-generation kids didn’t have to prove their patriotism by clicking a picture with a politician as they were not under any pressure like their immigrant parents to ‘payback’. 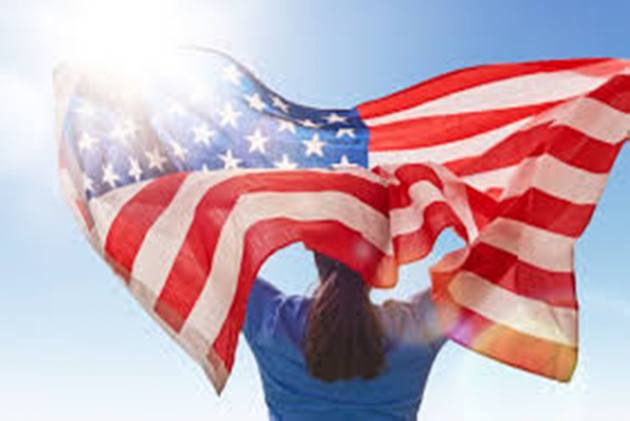 After an inconceivable 2020, and with a new strain haunting the start of 2021, we are a day away from a historic presidential beginning after an agonizing and nail-biting, sleep-deprived election season with more deaths in the past year than we can count yet held together with a glimmer of hope and light ahead. Twenty-four hours before President Joe Biden and Vice-President Kamala Harris assume office, am reminded of the Summer of 2016, the last of the Democratic party’s last stint where we happened to bump into one of President Barrack Obama’s cabinet members.

On that perfect twilight evening in Italy that summer the kind with droves of tourists at every corner, the set-up was cinematic. Outside the al fresco entrance of seen-be-seen seafood joint in Rome, a line-up of Secret Service and Italian polizi had restaurant staff whispering to its guests that “Jim Carrey” was on his way. My younger kid, the fearless 7-year-old then had asked, “Jim Carrey gets this much police in Italy?” Soon came in NOT the “Dumb & Dumber” star but a certain well over 6 feet, salt & pepper haired gentleman with a sombre expression that relents once he hears proverbially loud, outdoor seated Americans gasping in a chorus, “Oh my god. I’ll be darned! It’s Secretary of State, John Kerry!!”

Ahhhh, John Kerry and not Jim Carrey. Oops, the Italians must not have played enough “telephone” or Chinese whisper like we did as kids. Seeing Secretary Kerry in his assured march-like steps towards the restaurant took me back for a second to a sense memory of when I was 7. It was at the Jakarta Hilton lobby during my father’s posting in Indonesia at the time when then-Secretary George Schultz had glided in through the revolving doors with his staff like a tornado. My first generation congenial and charismatic Indian American father, who had left the Arabian Seas in Mumbai to start a life near the Hudson Shores in NYC in the ’70s with a $118 to his name, was perpetually worried about my shy and reticent nature as a kid. He pushed me to go up to the Secretary and say hello. Despite literally thinking I might be eaten alive by his gatekeepers, I managed to do it like a dare. It was a victory moment my proud, immigrant father would recap to our friends and family for years to come. Fast forward to the present – I wanted my boys to “re-create” their own third-generation Indian American proud “moment” by proving that they too were “bold” and therefore “American” enough.

But the perfect Kodak moment for my boys didn’t quite turn out the way I wanted it to.  My proverbially shy, the older kid then who was 8, didn’t pose with Secretary Kerry in the picture despite his warm welcome to do so while his younger brother rushed into it. Conscious of the Secretary’s precious seconds, I clicked away on my iPhone regardless while my heart fell into my stomach. As ridiculous as it sounds, I was devastated. I felt like I had failed. One of my kids wouldn’t have a similar defining moment that had meant so much to me through the halo of my father’s eyes. The framed picture on my mantelpiece would be incomplete. Deep down, I also knew the real fear was that my 8-year-old’s inherent nature, was so much like my own.

Back at the dinner table, I tried hard to smile for the 8-year-old, whose regret was palpable, as his younger brother gloated over the Iphone captures. “No biggie..”, I lied to him. I began to wonder what it meant to be “American” in these complicated times, especially for a “third-culture” kid growing up outside the country. Was I failing to raise my third-generation Indian-American kid to be assertive enough or as my father would have ascribed it “American” enough? Did he understand the significance of the joy he would derive years later from looking back at a picture with him? I recollected the framed photograph in my parents’ living room of myself with President Bill Clinton. This was soon after I had worked on Hillary Clinton’s Senate campaign, and wrote a paper on the learnings of the 1994 Health Care Reform effort and the opportunity it gave us to craft the expansion of Medicaid Managed Care for teenagers in the CHIP (Children’s Health Insurance Program) BBA 1997 bill.

I asked myself then what did it mean for me to be “American”, growing up in a North Jersey suburb in the early 80s? In my almost entirely white, roller-skating rink reality, I was the only “other” in second grade in my school. My classmates were initially convinced that I was Native Indian due to my relatively lighter skin and the fact that no one knew where India was on the globe until Ms Meeker pointed it out one day. Yet despite the barbs of being “otherized”, there was a deeper connection that drew me to these kids and numbed some of the misgivings. We were all “American”. Independent of what we ate for dinner, what holidays we celebrated or what music we listened to at home, we came to school every morning, put our right hand on our heart and soulfully recited the “Pledge of Allegiance”.

After that, we sang “America, the Beautiful”. We did this every single school morning, at the same exact time, day after day. It was a religion of sorts at a time when national identity and immigrant pride were simpler phenomena. Their shadowed complexities were less apparent then.  There was still that broad, over-arching belief that the American dream was possible for anyone, of any colour, who worked hard enough.  This notion, passed onto us by our parents, along with the deep patriotic pride instilled through popular culture, led to the belief that the red, white and blue was invincible.

During the Iran hostage crisis of the early ’80s, we were posted in Yokohama, Japan, and religiously watched Walter Cronkite name the evils of the Shah of Iran and the number of days of the hostage crisis while he ended with a sombre “and that’s the way it is”. Despite the Cold War, and the beginnings of Al Quaeda, there was still a greater sense of American solidarity in the 80s and 90s until September 11. There was, in Bill Clinton speak, “A Place Called Hope”. September 11 eroded a great deal of the chest-beating pride that Americans had in the 80s and 90s with a fractured “sense of self”, a permanent “otherization” of the Muslim community in America and the fuel of the worst financial crisis to hit the world seven years later.

Without my complete picture, we had moved onto our favourite gelato place of that week near the Colosseum. Two kids, in their true state of the brotherhood who had forgotten who had gotten into the picture and who chose to be left out, were now at it, throwing plastic spoons at each other. It then hit me like a ton-of-bricks-aha-moment. I realized that for these kids, who weren’t worrying about where their next meal was coming from, or whether they had a stable roof over their heads, being “American” didn’t mean running with their mom to capture an image with the Secretary of State. They were not an eager-to-please generation who was under “payback” pressures to first-generation immigrant parents to achieve like we were. My sons, Adarsh and Akaash, and my friend’s sons, Alex and Max, were growing up on two different continents yet were connected through their shared “worlds” on Minecraft and beyond. Being “American” for these kids was maybe in part about the 4th of July, Thanksgiving and Halloween but it was equally about their own archetypes from the Ninja Turtles to their own “virtual” realities, now through Pokemon Go. Their “connected” worlds from birth were most incidents – good or bad – generally had the shelf life of a snap-chat cycle in their minds.

Growing up in India, my kids were witnessing some of the stark realities were for the less privileged dreams and reality were often two ends of a spectrum that rarely met. Yet in Bill Clinton speak, they were also seeing “a place called Hope” with an emergence of a new middle class in India who are working at Starbucks, Sephora and Coach and creating better lives for themselves and their families.

During our walk past the beautifully lit Forum, these thoughts diverted my obsession of Adarsh’s earlier “missed” photo op. I faced my own demon that Adarsh, not wanting to take the picture with Secretary Kerry, had nothing to do with patriotism. He was just shy, like me.  The fact that as an 8-year-old he didn’t want to run-up to the Secretary in front of 200 people to take a picture, didn’t make him less “American” or less of a potential leader either. His moment of seeing Secretary Kerry in such close proximity will likely be etched in his mind for decades to come, just as my moment of seeing Secretary Schultz was. Adarsh and Akaash will define being “American” in these complicated times, in their own ways, just like Alex & Max will growing up in Long Island. Their individual and collective ways of feeling and being “American” may be similar yet very different from my long-held and in part inherited beliefs.

As we reached the hotel, rushing to make the Minecraft date on time, Adarsh grabbed my hand towards the stairs. I pull him back with a hug, feeling gelato-like-lazy, saying, “Let’s take the elevator.” He smirked, “You mean the LIFT,” he said in his British-Indian accent (much like my mother’s from her Convent school education in Calcutta). I volleyed back, “In America, we say the ‘ELEVATOR’. He paused, raising one eyebrow and said to me proudly, “in MY America, we call it the ‘LIFT.’”

He too, like my father and Former President Clinton, believed in a place called Hope.

(The author is a writer-director, Tagore-fusion singer based in Mumbai. She did her BA from Brown University and her masters in public health from Columbia University)